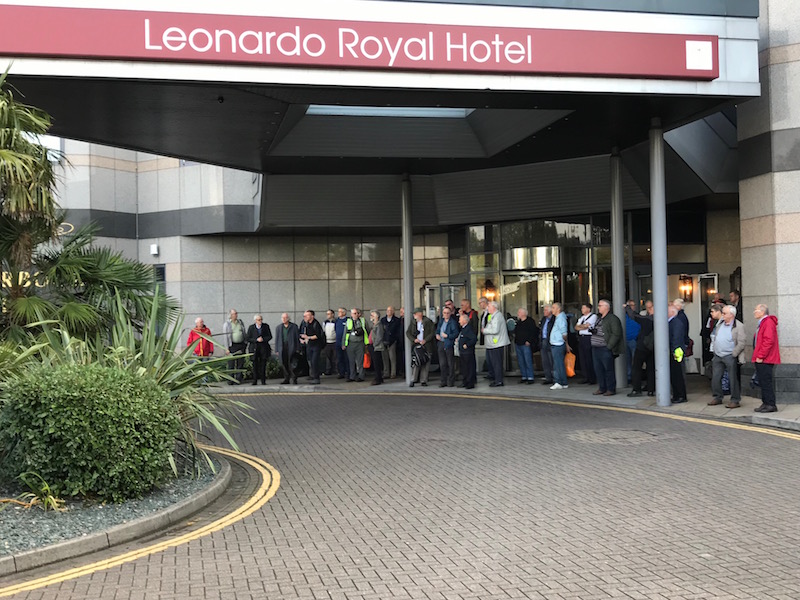 The Omnibus Society marked its 90th anniversary over the weekend with its annual Presidential Weekend offering a brilliant programme of events based in the Solent area. Around a hundred members from all over the country attended the weekend hosted by this year’s president, Andrew Wickham, managing director of Go South Coast.

It’s a fantastic achievement for the OS to have reached its 90th anniversary and to mark the occasion a special souvenier publication has been produced charting its development from formation in 1929 by such legends as Charles F Klapper and Charles E Lee through to the present day.

Throughout this time dedicated volunteers have recorded route and timetable developments of the country’s bus network from Shetland to Lands End as well as highlighting how bus types have changed through the decades. A bi-monthly national magazine, localised regional branch bulletins as well as regular meetings, visits and tours held around the country ensure members are kept well informed and receive an outstanding service from the modest annual subscription.

The Omnibus Society is held in great respect and regard by senior professional bus managers and directors with a keen interest in the industry. I can speak from personal experience to confirm it’s an absolute privilege and honour to be asked to hold the prestigeous role of President of the Society for a year and it was impressive to see eleven past presidents gathered in Southampton for the Presidential Dinner on Saturday evening with Sir Peter Hendy CBE (President in 2004) giving a forthright and highly pertinent address setting out his thoughts on the bus industry.

A recent development for the Omnibus Society has been the establishment of a sister charity, the Bus Archive, under the expert stewardship of Philip Kirk, my former colleague managing director at Oxford Bus, now also retired. This has combined the treasure trove of historic ‘official’ documents and archives from bus companies previously looked after by the Kithead Trust with the huge collection of timetables and other archives and memorabilia held by the OS. It’s a textbook example of collaboration between professionals with direct industry experience and those with a much welcome passionate interest in buses.

This year’s Presidential Weekend has been a huge success with superb organisation and a varied and interesting programme for all of us attending. Many thanks to Andrew Wickham and his team for being so patient and giving up their time to show us around Bluestar, Hants & Dorset Trim and Southern Vectis’s premises in Eastleigh and Newport, Phil and Gareth Blair who were on hand to share the history of Xelabus with us (based next door to Bluestar in Eastleigh) as well as the volunteers at the Isle of Wight Bus Museum who gave up their Sunday morning to show us around its extensive collection now housed in the former Southern Vectis bus garage in Ryde. We also had a fascinating Saturday afternoon exploring the extensive maintenance works on the former British Rail site at Eastleigh now run by Arlington Fleet Group Ltd.

Thanks also to the OS volunteers who organised the admin and I understand the heroes are David Grimmet and Michael Meilton who deserve a big pat on the back.

Today’s programme included a visit to the Eclipse busway between Gosport and Fareham operated by First Hampshire.

Here’s a selection of photographs from Saturday and Sunday to give a taste of the fascinating programme we enjoyed. I should also say a sincere thanks to those of you who took the trouble to let me know how much you enjoy reading these blogposts; it was lovely to meet you and heartening to know you get as much pleasure reading these words as I do writing them.

There are no photographs from the Arlington visit as we were asked not to publish any in a public forum, but I’ve copied one or two from their website. 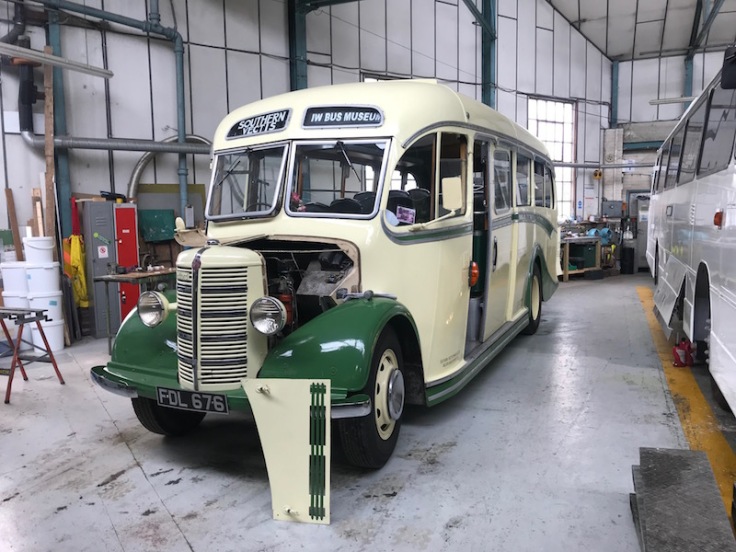 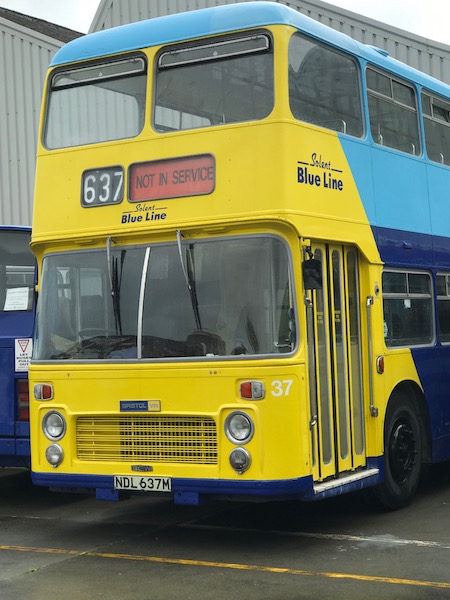