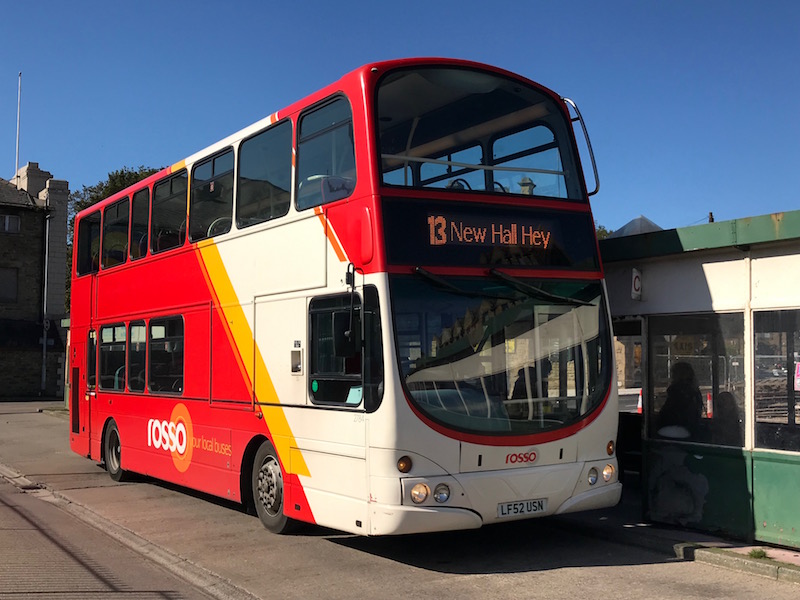 I travelled on Britain’s longest bus route from Glasgow to Skye at the beginning of last month so decided to give Britain’s shortest bus route a ride today.

That accolade goes to Rosso’s route 13 between Rawtenstall bus station and the business and retail park in nearby New Hall Hey.

An exchange on Twitter a few months ago highlighted this route after I pointed out in presentations I made to the Omnibus Society and Friends of London Transport Museum a while ago that London’s shortest bus route is the 389 from Barnet to Western Way with its twelve minute journey out and ten minutes back*.

A strong contender to beat that is the Reading Buses operated route 153 in Henley-on-Thames which takes just nine minutes to complete its full circular route via Abrahams Road. 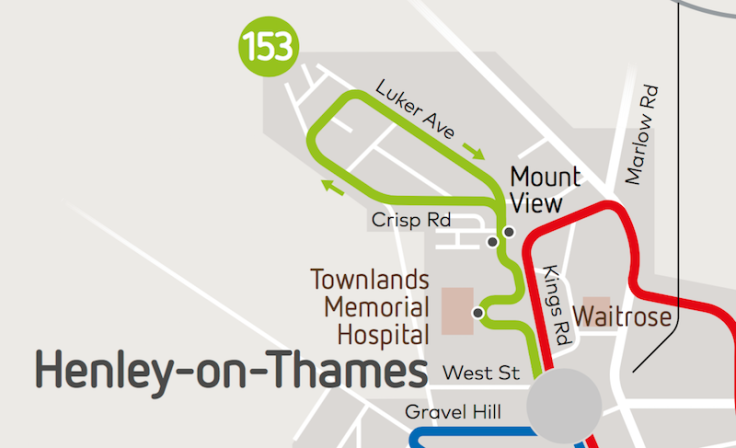 But outdoing that in the bus route brevity stakes is the aforementioned Rosso operated 13 which also runs to a circular format and scheduled to take just two minutes to reach the furthest bus stop away from the bus station in New Hall Hey and a relatively generous four minutes for the ‘return’ continuing around the circuit back to the bus station.

I reckon at six minutes for a round trip Rosso’s route 13 holds the crown of being Britain’s shortest bus route …. unless readers know different?

The route runs hourly from 08:55 to 17:56 and has all the hallmarks of being a tendered route fitted in between other peak commitments for the bus and interworked with another route – the hourly 7/8 which links Rawtenstall with Todmorden/Burnley and just happens to have enough stand time in Rawtenstall to nip around New Hill Hay and back in six minutes.

I couldn’t resist a ride round the circuit and having just missed the 12:50 departure this afternoon decided to walk around most of the route first to stake it out.

Intriguingly the first bus stop I came across was on the opposite side of the road to the anti-clockwise loop the bus now takes, so not surprisingly found a prominent notice explaining this was no longer a bus stop. 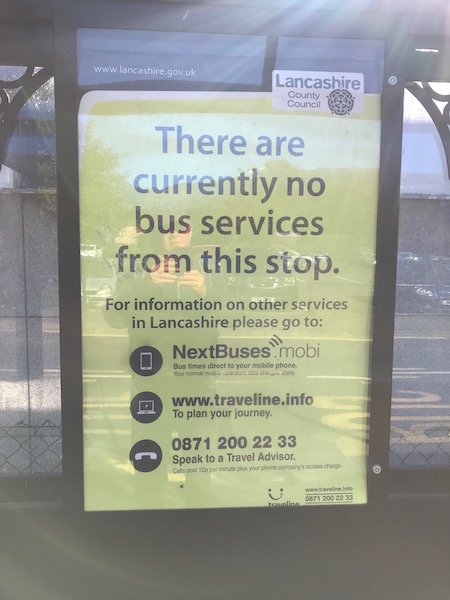 Perhaps at one time the bus took a different route and used this stop. Strange also that the bus stop opposite where the 13 does stop just had a poster advising passengers to check the next bus by using a phone rather than a timetable.

There’s just one other bus stop served exclusively by the 13 in New Hill Hay – just by the level crossing for the East Lancs heritage railway. 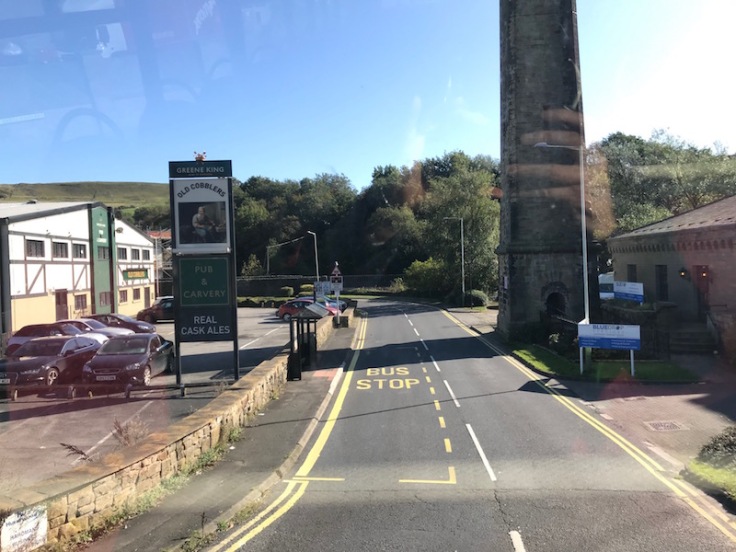 Back at the bus station the 13:50 departure arrived from Burnley on its previous journey on route 8 a few minutes ahead of the 13:46 scheduled arrival and I was initially surprised to see a double decker allocated.

The driver had time to enjoy a short cigarette break then climbed back on the bus ready to depart at 13:50 and promptly closed the doors. Luckily he saw me in the queue of passengers waiting for other buses indicating I wanted to board.

To say he was surprised is an understatement. He asked me where I was going in an incredulous voice obviously not expecting any passengers to actually ride an hourly bus route that takes around three minutes travel time to reach a destination! 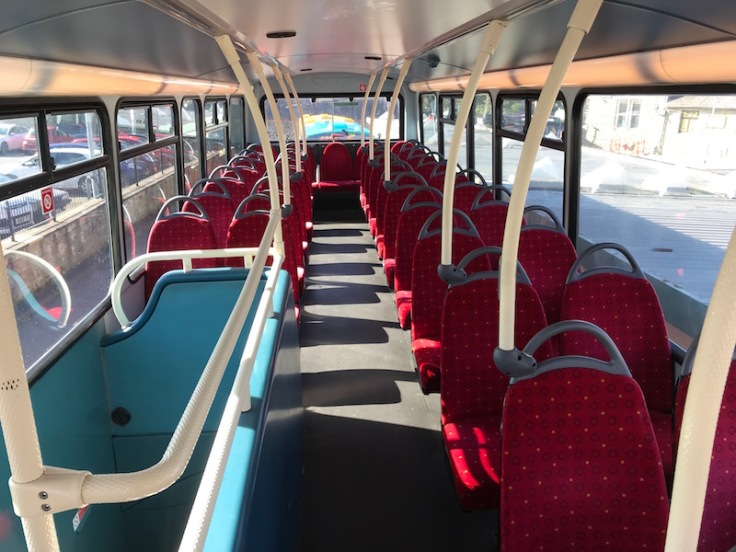 I explained I’d just come for the ride round and popped upstairs as I heard him mutter something about ‘having to do a school run after this’ – hence the double decker, I assume. 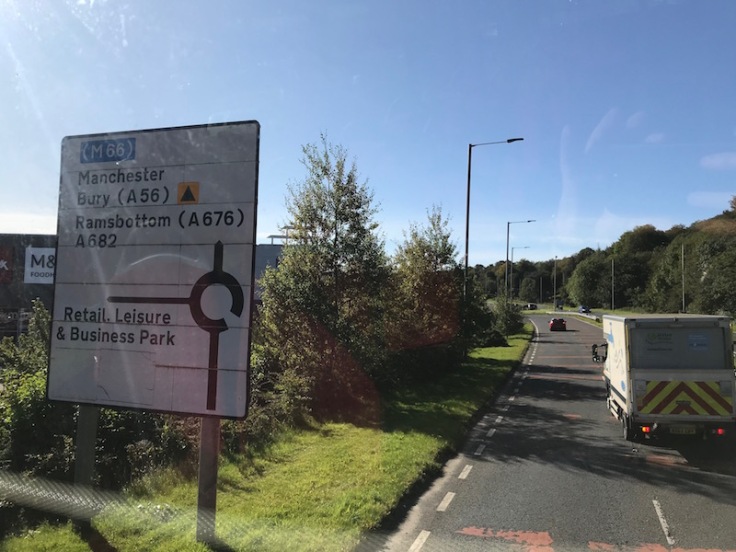 We reached the first stop on the anti-clockwise circuit around the business and retail park at 13:53.

After a short pause there we continued back round to the bus station arriving on time at 13:56. Job done.

There’s not much more to say about the journey. If I hadn’t had a Transdev Daytripper ticket it would have cost me a flat fare of £1.60 which I assume would be for the whole circuit although the driver wasn’t very forthcoming on that. Probably because no one has ever been daft enough to do it before. 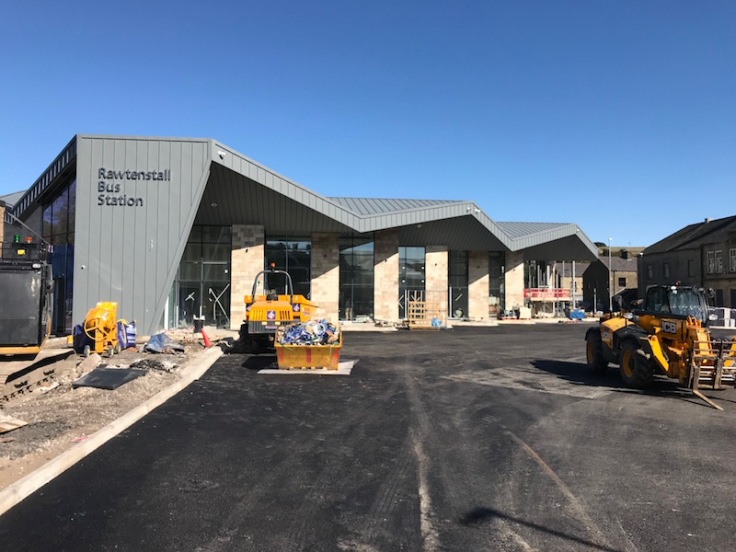 The new bus station looks good both architecturally and from a practical user viewpoint.

It can’t open soon enough and the old one deservedly obliterated. 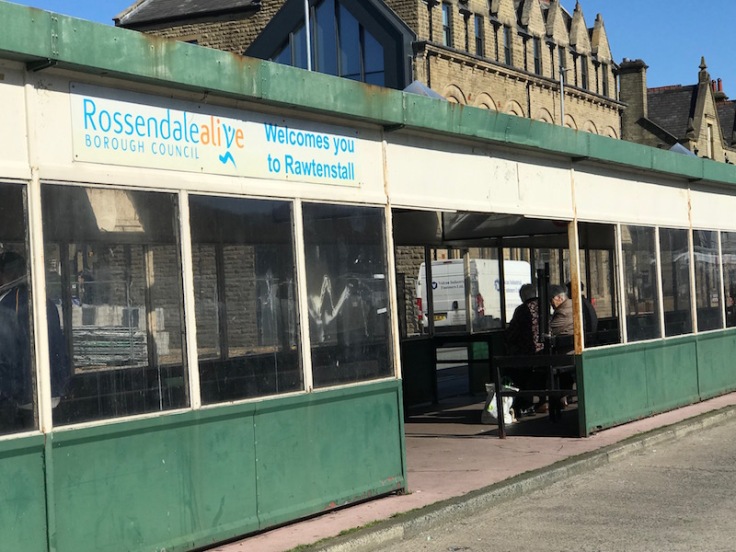 * With thanks as always to Mike Harris for his superb London bus map of which this is an extract.  Buy a copy from Mike here.