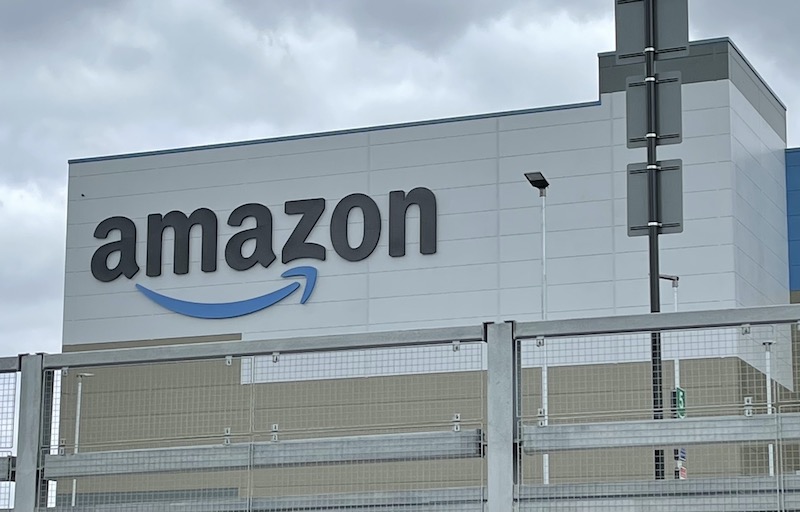 ‘Back in the day’ (I’m thinking the fifties and sixties) when the UK had a sizeable manufacturing industry and car ownership was much lower bus companies ran networks of routes to serve factories on industrial estates often sited on the edge of towns with journeys timed specifically to cater for workers’ shift times.

Now the 2020s are seeing the latest trend for massive (and they really are massive on a scale of massiveness) warehouses acting as ‘fulfilment and distribution’ centres for the new breed of online global retailers and logistics companies acting on their behalf.

Many of these are located on brownfield sites located close to motorway junctions for easy access to Britain’s strategic road network. To attract unskilled employees in a tough labour market these companies are increasingly realising they need to provide bespoke public transport options to these difficult to reach sites with car ownership often low among the target workforce.

This is leading to the emergence of a new breed of ‘works contracts’ bus services for the 2020s. Some have been commissioned by specialist third party companies set up to act as an intermediary between the employer and a coach or taxi company, which make a profit on the transaction (see my blog about Tandem from January 2020), but there’s also a growing trend for mainstream bus companies to be contracted directly by the employer to provide bespoke full size bus services.

Amazon are at the forefront of this latter trend with a number of bus networks springing up to serve their vast fulfillment centres around the country. Just this last week I saw news of a new service being operated by Stagecoach for employees from Cardiff working at their Avonmouth centre. In Milton Keynes bespoke services are run by a number of bus companies to serve the huge distribution centres that have sprung up alongside the M1. Some involve diverted bus routes as part of the town network but usually it’s with bespoke journeys at shift change time. Over in Peterborough Stagecoach ‘citi’ route 5 is extended from today to run every half hour from its old terminus in Cardea on to the huge Amazon fulfilment centre just to the west of that area on the Kingston Park Industrial Estate.

However, a significant milestone got underway last Monday in north west Kent when Go-Coach Hire began operating a new bus route to serve the latest Amazon centre just opening up and sited close to the Dartford Crossing on the M25, known at that point as the A282.

Costing £205 million to build by Tritax Big Box, one of the companies specialising in the booming mega warehouse construction business, the site overlooks the River Thames where the decommissioned Littlebrook Power Station once stood and now demolished. Construction only began last summer so Ordnance Survey hasn’t caught up yet (above), nor Google’s satellite map, but it gives an idea of the scale of the site (below).

This initiative has two stand out features. Firstly the bus route numbered (or should that be lettered) AZ is fully open to the public, whereas elsewhere bespoke routes which Amazon fund are mostly closed routes only for use by their workers (sorry, ‘associates’ to use the correct Amazon parlance) .

Secondly route AZ runs 24/7 on an intensive timetable shuttling between Gravesend and Dartford serving a significant population over roads also served by Arriva’s extensive bus network in this part of Kent including the prestigious Fastrack branded routes A and B.

And new route AZ is also branded for use on the exclusive Fastrack busway, making for an alternative travel option for passengers accessing central Dartford, Greenhithe, Ebbsfleet and Gravesend, although buses only stop at timing points rather than every bus stop.

Frequency is every 15 minutes at shift change times (05:30 to 0830 and 18:00 to 20:30) reducing to half hourly during the daytime off peak, evenings and right through the night. End to end journey times vary from 40 to 46 minutes with the operation needing seven peak vehicles, with four running off peak and three through the night.

A great value flat rate £2.50 fare applies throughout the route reduced to just £1 for local journeys in Dartford.

It’s a major coup for Sevenoaks based independently owned Go-Coach Hire and its enthusiastic boss Austin Blackburn. I had a chat with Austin on Friday while giving the new route a road test and he was naturally delighted to have gained this prestigious contract worth a sizeable sum for his business – my guess is a number involving seven figures, and with more than a one at the front.

A batch of 19 twelve year old ex London ADL EnviroE400 double deck buses has been acquired from Abellio for the new service with eight being painted in a special livery promoting Amazon and its employment opportunities and the Fastrack logo.

… as well as smart refreshed interiors.

So far five buses have been branded but I quite liked seeing a couple of Go-Coach’s bright brash yellow and purple liveried buses performing on Friday and thought they stood out even more.

The new livery has been designed by Amazon’s European PR experts but had to be approved by even higher management in America. I don’t think this included Jeff Bezos himself but it ended up being a rather last minute affair, hence why all eight aren’t completed.

Austin tells me despite this, five have been painted so far with a sixth due to be done this week and in the meantime double deck buses usually used on school services are helping out for now although these are also being replaced by the rest of the former Abellio E400s.

Also not quite ready for the first week’s operation is permission to use the exclusive busway road which passes under the Dartford Crossing (the bridge not the tunnels) and through an area called The Bridge.

This is crucial to allow buses to bypass the worst of the congestion at roads leading down to the A282/M25.

I was there late on last Friday morning and already traffic was building up to the usual afternoon gridlock in these parts, causing delays of up to forty minutes and more on journeys as buses try to battle through.

Looking at Goggle maps later on during the afternoon the roads were pretty much all red in the area showing stationary traffic.

Not a good look when you’re trying to run a reliable bus service and there is a free flowing busway alternative close by.

Austin explained there’s been a delay getting the necessary agreement from Prologis who are the ‘private sector partner’ Dartford Borough Council contracted to bring “expertise and staying power” to transform the former derelict site into a new neighbourhood and control the barrier entry busway. Apparently the key person who needs to sign off the agreement to allow Go-Coach buses to use the exclusive bus only road has been on holiday but it’s hoped all will be sorted by this Wednesday.

This will enable route AZ to bypass the worst of the congestion and bring the necessary reliability to the timetable. It’ll also give competition to Arriva’s route A although this does run more frequently than route AZ, every 10 minutes daytime and every 8 minutes in the peak, so is in a robust position to stand its ground from this Amazon interloper, especially as the latter diverts off to double run to the fulfilment centre and only stops at timing points.

Something else that wasn’t quite ready for last week’s bus route launch was the bus station that’s been created outside the fulfilment centre which has four marked out bus stops for both directions on route AZ as well as one for Thamesmead and one for Woolwich which are served in the peaks by new services contracted to First Travel Solutions who in turn have subcontracted to three operators including Go-Ahead London. These routes aren’t open to the public though.

Ground work has been prepared for a bus shelter at each bus stop, but they’re yet to be delivered and installed.

As is any information about bus departures, although this could be available inside the warehouse itself, but I didn’t get to look in there, security being what it is.

Elsewhere it was good to see the Go-Coach timetable for route AZ is on display at bus stops all along the route ….

… including at the terminal point at the new Acacia ‘Park and Ride’ bus stop in Dartford where the bus temporarily has to do a three point turn inside a compound being shared with a Covid testing centre.

I was a bit confused why this is being called a Park & Ride as it’s adjacent to Dartford town centre which is also in the throws of being given a makeover with the main shopping street currently surrounded by barriers to allow for new fancy paving to be installed, presumably to help it compete with nearby Bluewater.

It was good to see timetables were available to pick up on board the buses too.

I understand passenger numbers in the first week have been quiet but steady. Bearing in mind the site hasn’t properly opened yet, this is encouraging to hear. On one of my late morning journeys on Friday one ‘associate’ travelled to the Amazon site from Dartford but otherwise it was just me on the buses I travelled on.

I wonder whether the livery will put the public off from using the service until word spreads they are allowed on board and that even concessionary passes are valid.

As well as the vast warehouse already built a second one is being erected next door (see Google satellite image earlier), so it will eventually be a major employment site (with 1,300 staff) as well as all the other logistics companies and retail warehouse premises close by including a major distribution centre for Sainsbury’s.

I can see more employees using buses as a result and we must be thankful to Amazon for their generosity in funding this bus route.

Normally I’m not a fan of Amazon, preferring to give my custom to retailers who have a bricks and mortar presence on the High Street and pay decent wages to their employees along with good working conditions but I am happy to give praise for this initiative. Ironically due to the driver shortage now inflicting the industry Austin tells me he’s had to use agency drivers for the new contract which comes at a higher cost which in turn has been passed on to Amazon in the contract price. It seems a satisfying outcome that an American mega-business that’s grown exponentially and is renowned for paying low wages to its employees is having to shell out for above average rates when it comes to running its bus service.

No wonder it wants to encourage the public to use it to minimise the revenue risk it’s now bearing, especially as I understand Amazon ‘associates’ travel free.

Where next for Amazon to start paying for bus routes we can all use?