The rail replacement bus service which has been running between Stafford and Stone to serve the abandoned Norton Bridge station since May 2004 comes to an end tomorrow. I couldn’t resist taking a trip up there to check it out on its penultimate day.

Trains stopped calling at Norton Bridge fifteen years ago to allow for the rebuilding of the railway as part of the West Coast Route Modernisation project. The station platform was inconveniently in the way.

Norton Bridge first opened in 1837 and latterly only enjoyed an irregular frequency local train service between Stafford and Stoke-on-Trent until it ended in May 2004.

A rail replacement bus service was introduced between Stafford and Stone via Norton Bridge which was included in the rail timetable system and journey planners with rail tickets continuing to be available and accepted on the buses which also served other bus stops along the route. Funding for this came indirectly from the DfT as the franchise holder, at that time, London Midland, included the cost of the bus in its successful bid.

With the new West Midlands franchise starting in October 2017 the DfT decided to finally bring, what was supposed to be a temporary arrangement, to an end and issued a consultation in late 2016 to formally close Norton Bridge station, even though trains hadn’t called there for twelve years.

It came as no surprise the formal closure was enacted in December 2017 but the bus service was given a further stay of execution with continued part funding through the new franchise until the end of March 2019 enabling Staffordshire County Council time to review other bus service levels in the area.

Brexit Day may not be happening today, but sadly D&G Bus service 13 is ending tomorrow and the 600 residents of Norton Bridge who lost their irregular trains in 2004, saw their station formally close in 2017, will now lose their only bus service.

I arrived in Stafford over an hour before the 1235 departure was due to leave for Norton Bridge and Stone (earlier departures are at 0835 and 1035 with later ones at 1505, 1615 and 1715). I didn’t want to risk missing it. This enabled me to see the bus arriving from Stone from its previous journey at 1133 before it takes just over an hour’s break. It’s not a particularly arduous schedule having just half an hour running time end to end. 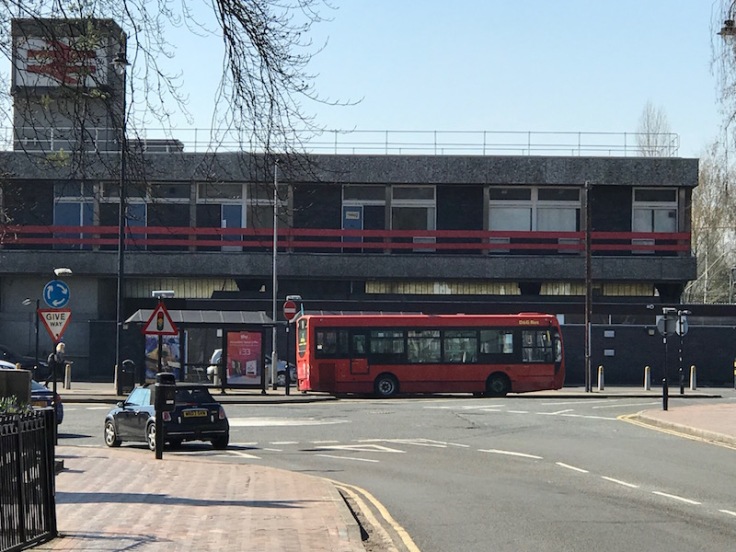 I was pleased about that as there was absolutely no information about the route, its times or even its existence anywhere in Stafford station or outside on the bus shelters. It’s always tricky when you’re not sure where a bus route departs from so at least I now knew and wandered off to explore Stafford for an hour. 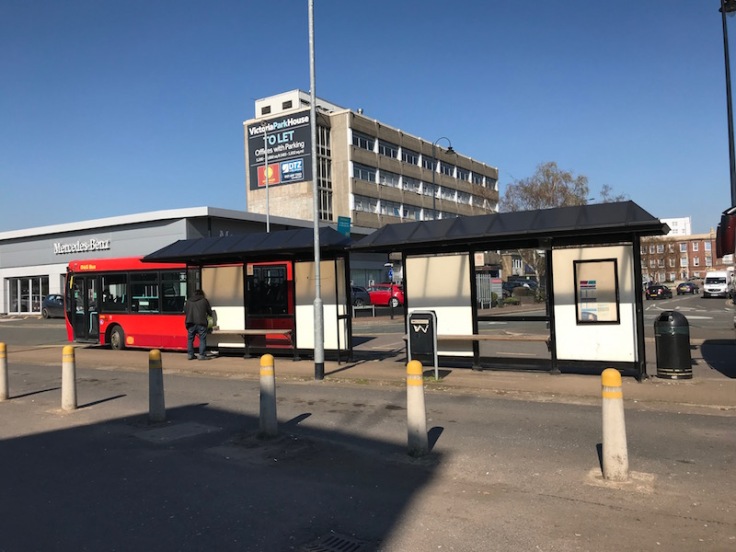 Arriving back I was pleasantly surprised to see three passengers boarding the bus for the trip to Stone.

It didn’t take long to realise they were regulars who come into Stafford for shopping. As you can imagine talk on the bus was all about being cut off after this weekend. Although one lady got off in Great Bridgeford (a village on the route just north of Stafford) which will continue to be served by another D&G Bus service, route 14, which ironically also serves the communities of Wedgwood and Barlaston on its route which also lost their stations in the West Coast Route Modernisation project but you can still buy tickets to them from any station and use them on the bus (a single from Wedgwood to Barlaston is just £1.90).

One passenger continued on the bus towards Stone and the third alighted with me in the small village of Norton Bridge. I asked him where the entrance to the station was and it turned out the bus had stopped right opposite. He told me all about the station house, the railway cottages and the sad day when the footbridge was taken away which meant access to the station was lost for ever.

He shrugged his shoulders when I asked him how he’d manage to get into Stafford next week with no bus, before admitting his wife had a car!

The station house and adjacent cottages (“where the rail workers used to live” he explained – it must have been a real hive of activity at some time) are indeed very pleasant and I made my way on to the ‘station forecourt’ and looking down on the fenced off tracks could easily make out the former platform, now isolated and uncared for, together with an abandoned signal box

But the best bit of all was the ‘Helpful information’ poster still in situ at what was the entrance to the forecourt. 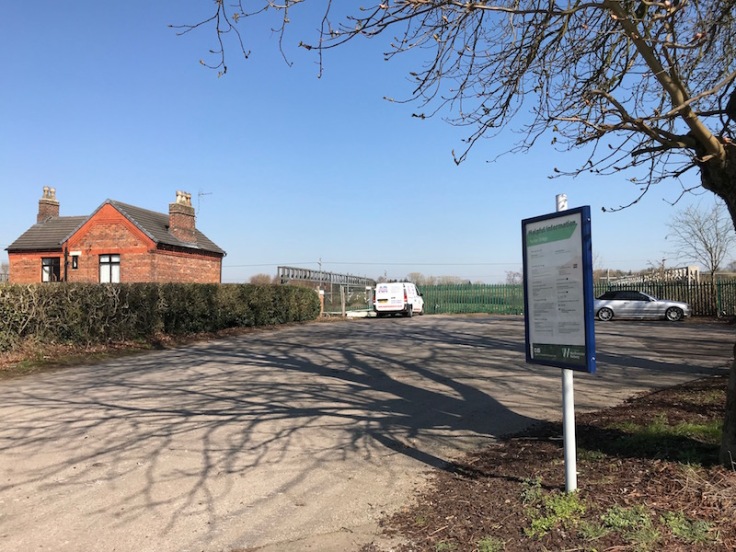 Norton Bridge station is alive and well; except there’s “no ticket office” and “no ticket machine”, and sadly “no step free access”. Oh, and no access to a crumbling platform and …. no trains either! 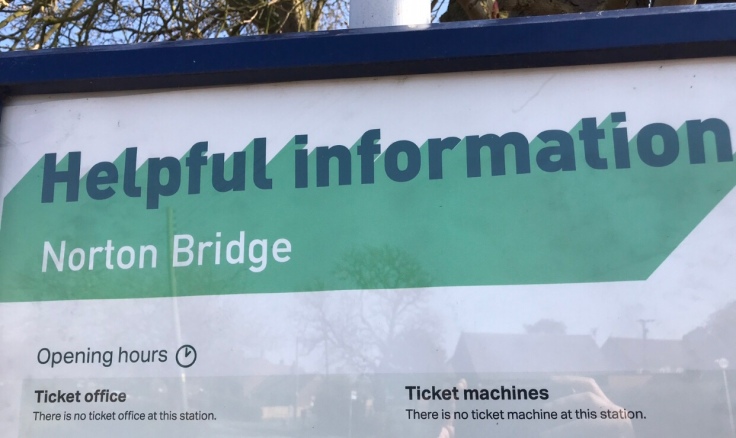 Not only that but the new franchisee, London Northwestern Railway from West Midlands Trains has taken the trouble to reprint the poster in their own corporate house style and someone has taken the trouble to go out to Norton Bridge and display it ….. yet the adjacent bus shelter contains no information at all about the bus replacement service. Nothing.

If there’s anything that sums up our dysfunctional non-integrated transport system in this country perhaps that is it! 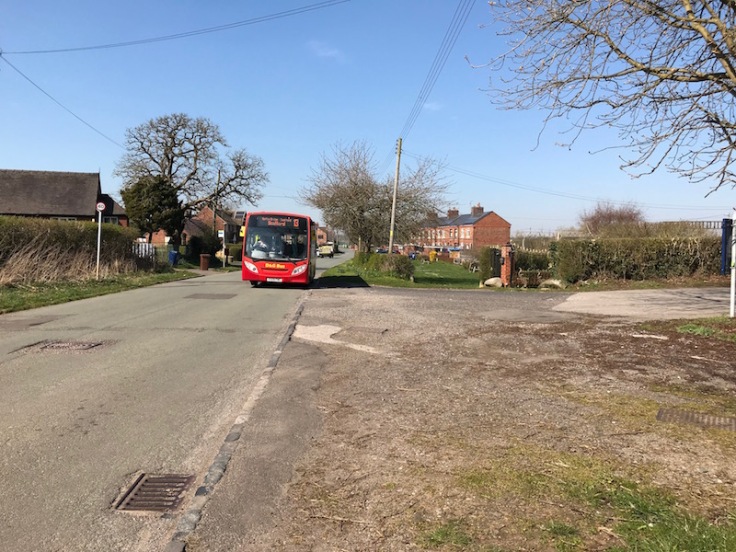 I headed back to Stafford.