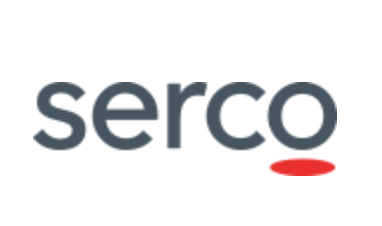 Last week’s announcement that Serco will be ending their franchise for the Caledonian Sleeper next June came as no great surprise. I won’t be shedding any tears at the company’s departure. Unlike Merseyrail where this giant global monolith of an outsourcing business seems to be doing a good job running the trains on behalf of Merseytravel, albeit that concession is run jointly with Abellio, I never felt Serco found the right business model for the Lowland and Highland Scottish sleeper trains.

There was much hype surrounding the new CAF built Mark 5 coaches introduced way behind schedule in May 2019 particularly surrounding the en-suite facilities including a shower in some of the cabins (branded as ‘Club’ class) with talk of taking the whole overnight travel experience upmarket referring to passengers as ‘guests’ and promising a top hotel quality service.

My experiences of using the service always fell well short of that. It was a definite case of the company over promising and under performing for me. I never had hot water let alone a shower that worked on the journeys I took. On one occasion I didn’t have any water at all. After my first journey in May 2019 was bedevilled with a whole host of teething problems I tried on other occasions but every time something wasn’t right.

In May 2021 I blogged about the comparison between Serco’s supposed upmarket Caledonian Sleeper experience and First’s Great Western Railway’s Night Riviera with the latter coming out on top by every measure for quality, value for money and overall experience.

I just don’t know how Serco can justify the exorbitant prices it charges. For example, looking last night at prices for a journey from London to Fort William in a month’s time on 9th November, a Caledonian Double en-suite berth costs £405; a Club en-suite room is £315; a Classic £205 and a seat £55. The first three prices increase to £480, £375 and £245 for two people travelling together and sharing.

An off-peak daytime fare from London to Fort William is £134.90 single and £192.80 return meaning a return journey on the Sleeper in a Classic berth at £410 is more than double the daytime price giving a value of the berth and an overnight journey (which admittedly can be convenient) at £217.20. The comparison with an en-suite Club room is even more stark at £437.30 for the privilege of having a very narrow bed and a questionable shower placed over a toilet. You could enjoy far superior facilities in a hotel for that kind of money.

Compare this to GWR’s Night Riviera where on the same date, 9th November, you can book an advance single from Paddington to Penzance for £40.70 and a £45 supplement for a refurbished berth, albeit without any en-suite, making for a bargain price of £85.70.

GWR’s refurbished lounge coach (above) is also far superior both in terms of comfort and layout than Serco’s hyped up Mark 5 version (below) which has ridiculous (and uncomfortable) bar stools as well as seating around tables.

Serco’s contract with the Scottish Government signed in 2014 included a ‘rebase clause’ enabling the company to present “alternative financial arrangements for the remaining years of the franchise” after the first seven years.

It’s interesting to read that the Government and Serco have been unable to reach agreement on the revised terms Serco desire so unless other arrangements are agreed Serco will hand back the management of the Sleeper to the Scottish Government in June 2023.

As the Government has already taken back control of the ScotRail franchise it seems likely the Sleeper services will once again be merged back under Scotrail’s management as it was before Serco won the franchise. That arrangement works well for GWR and the Night Riviera and worked before for the Caledonian Sleeper run by First Group.

Serco Caledonian Sleepers Ltd’s Annual Accounts for March 2021 show the company made a ‘profit’ of £10.5 million but this is complicated by payments made under the Emergency Measures Agreement due to Covid as well as “exceptional’ settlements to compensate for losses incurred when the new trains were introduced. Perhaps a more realistic figure is the financial result for the year ended March 2020 (pre Covid) which was a loss of £4.3 million. Ticket sales had been £25.4 million and Transport Scotland had handed over £15 million in subsidy payments.

Which is an interesting ratio as it means when a passenger shells out £315 for a single Club en-suite room, the Scottish Government also pays a subsidy of £186 and even then the service is loss making.

We are where we are with these so called ‘hotels on wheels’ offering supposed quality accommodation that just doesn’t match the prices charged to ‘guests’ in my opinion. From next June it looks like this’ll be the Scottish Government’s problem rather than Serco’s. Good luck with that.

In Serco’s announcement on Wednesday, Caledonian Sleeper’s managing director John Whitehurst was in upbeat form stating “when Serco took over the Caledonian Sleeper service in April 2015, we inherited an unreliable and outdated fleet of carriages dating back to the 1970s. We are extremely proud that under our leadership and management we have introduced new rolling stock and other significant innovations that have completely transformed the service. The service that Serco provides today is widely recognised as being outstanding, providing hotel standard service and accommodation that is renowned and admired around the world and loved by the people who travel on it.”

Not in my experience.

14 thoughts on “Serco’s sleeper nods off”