There are over 150 standard and narrow gauge ‘heritage’ railways operating in Great Britain. Most are run by enthusiastic volunteers who put in many hours of dedicated service. I try and visit one or two every few weeks on my travels and have managed to tick off a long list, but there are still more to do.

Over the last couple of weeks I paid a visit to two more on my ‘to do’ list at extreme ends of Britain: The Strathspey Railway at Aviemore on 22nd June and Launceston Steam Railway in Cornwall on 30th June. They’re quite different in character but both offer a great visit.

This operates from Aviemore Station on an adjacent platform alongside the main line used by ScotRail, LNER and Caledonian Sleeper trains between Inverness and Perth.

The route taken by Strathspey Railway trains is in fact the original main line north to Inverness which opened in 1863 taking a more easterly route via Boat of Garten and Broomhill – the two stations now restored on the line. The original line continued via Grantown-on-Spey to join the Inverness and Aberdeen railway at Forres.

The line’s fortunes changed dramatically in 1892 when a new more direct line from Aviemore to Inverness was built via Carrbridge, which are the tracks used by the main Highland Line today. The Strathspey line consequently lost it’s reason for being but it hung on well into the 20th century before closing completely by 1968 with tracks lifted and abandoned.

The Strathspey Railway Company was formed in 1971 to restore the southern part of the abandoned line and now regularly runs trains from Aviemore via a lovingly preserved station at Boat of Garten and on to Broomhill, a more basic but still interesting station (photographed below).

More recently tracks have been extended beyond Broomhill for about another mile where the train comes to a stop and the engine transfers to the other end via a parallel track before returning to Broomhill.

The aim is to continue extending the track as far as Grantown-on-Spey which will be a fantastic achievement when realised.

The running season operates between April and October (as well as Santa Specials and some extra days in February) with continious daily operation from mid June to early September. There’s the usual special events, dining experiences and occasional vintage diesel railcar days. Three return journeys operate on the Standard Service with an additional Sunday lunch return.

It takes about an hour and a half to do a round trip back to Aviemore with breaks at both Boat of Garten (for water replenishment) and Broomhill stations. The railway covers just under ten miles of track.

A standard adult return is £15.75 with cheaper fares for seniors and children. The day I visited saw coach parties taking a one-way ride as part of their tour of Scotland and I guess this is a popular source of income for the railway.

It’s very easy to visit the Strathspey Railway by public transport with the main Highland line serving Aviemore station but there are also regular bus and coach services passing by between Inverness and points south including the impressive ‘citylink gold’ route. 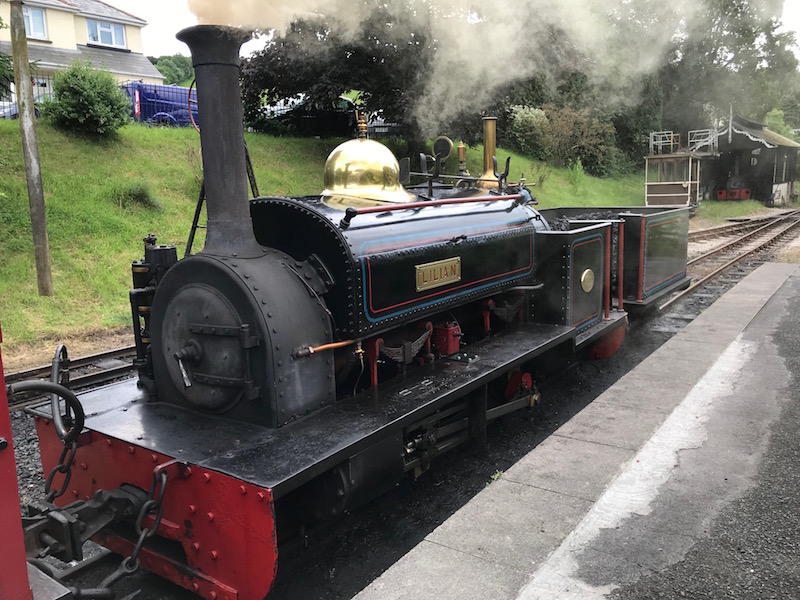 This enchanting railway in Launceston is a narrow gauge steam railway covering around two and a half miles along the Kensey Valley westwards to the hamlet of New Mills. It covers the trackbed of the old North Cornwall Railway which at one time linked Padstow with Waterloo. Originally opened in 1892 it closed in 1966.

As well as the London & South Western Railway to Padstow, the Great Western Railway also had a station in Launceston, right alongside but with separate tracks and buildings, which linked the town to Tavistock and Plymouth.

The gauge is 1ft 11.5inches with open and closed carriages hauled by one of three steam engines including Lilian who started it all off when the line was established in 1983.

This was thanks to Nigel Bowman, a keen enthusiast who, when aged 19, found Lilian in Penrhyn Slate Quarry in North Wales and bought her for £60 at the same time the railway through Launceston was closing in the 1960s. Nigel rebuilt Lilian in a foundry by his parent’s home in Surrey while he was undertaking a teacher training course.

By the end of the 1960s Nigel had decided to abandon a career in teaching and instead looked for a suitable spot to run a steam railway with his beloved Lilian. This brought him to Launceston and with full support from the local Council and help from friends Nigel established the narrow gauge railway on the recently lifted trackbed of the North Cornwall railway. 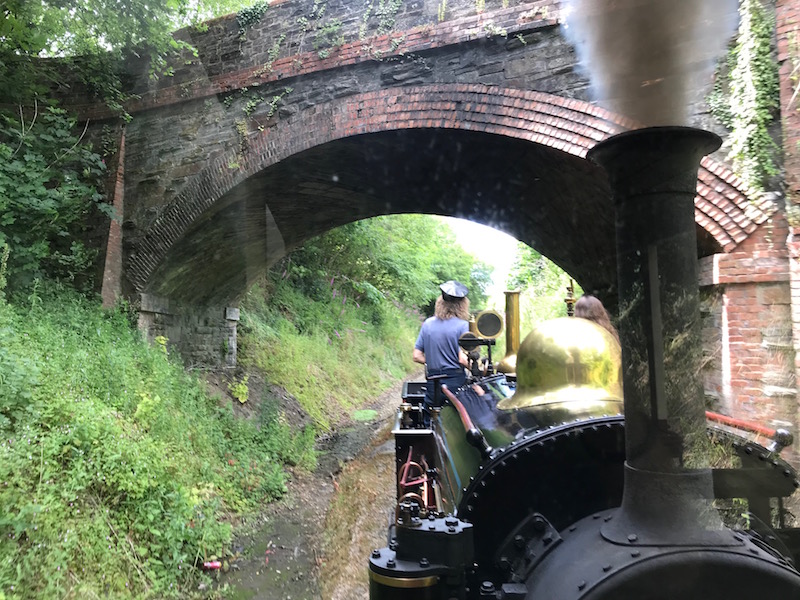 The first train ran on Boxing Day 1983 after a lot of hard work and thanks to the Royal Navy Armaments Depot in Plymouth coincidentally wanting to dispose of its narrow gauge railway in the Docks.

The railway has gradually been extended westwards and in 1995 reached New Mills where there’s an adjacent Farm Park offering “fun for all the family especially for toddlers and younger children”.

Trains run on Sundays to Fridays from mid May to the end of August and on Monday to Fridays around Easter, September and the Autumn half term. There’s an hourly service with a round trip taking about 35 minutes.

A standard adult return is £11.25 with discounts for seniors, children and families.

There’s a lovely cafe and gift shop at Launceston station including a fantastic book shop on the first floor with an amazing collection of transport books – I came away with two books but could easily have bought many more. Over the road from the cafe is a fascinating Transport and Engineering Museum with a range of items to interest the engineering fanatic.

There’s also accommodation available alongside the station in a cottage which sleeps four and includes free rides on the railway during your visit including a ride on the steam engine.

Launceston can be reached by both Stagecoach route 6A (from Exeter) and GoCornwall (Plymouth Citybus) route 12/12B (Plymouth to Bude).

Both these railways are well worth a visit if you’re in the area; I’m glad I did. (I took a few video clips while on the Launceston Steam Railway which you can view here.)

BusAndTrainUser – journeys around Britain by bus and train Railway rides in Aviemore and Launceston
%d bloggers like this: