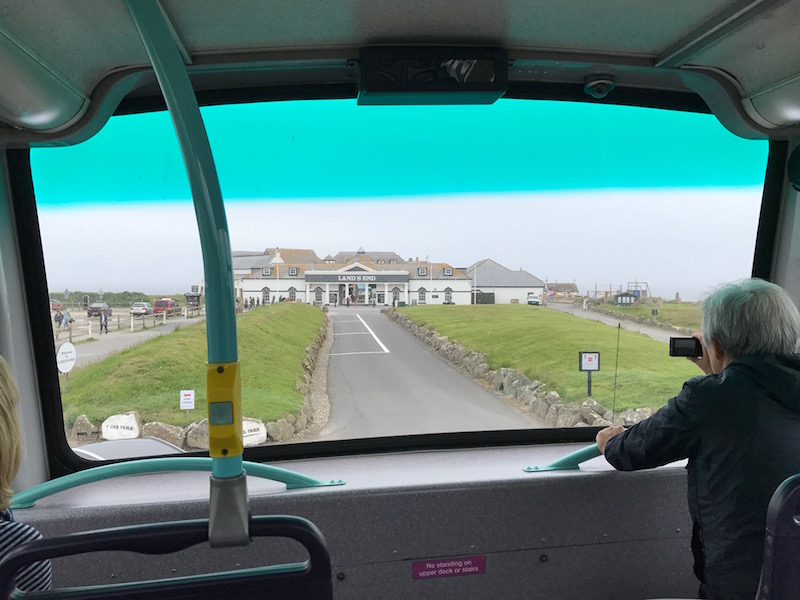 To celebrate a year of blogging and the upcoming Longest Day of the year I’m heading down to Cornwall on GWR’s Night Riviera sleeper train tonight to begin an epic 24-hour Lands End to John O’Groats trip by bus and train beginning tomorrow, Thursday, afternoon.

On most weekdays, this famous journey can be accomplished in exactly 24 hours using ground based public transport; leaving Lands End at 13:34 on a First Kernow bus on route A1 and arriving John O’Groats excactly twenty-four hours later, coincidentally also at 13:34 on the Stagecoach route 77 arrival from Wick.

Over that twenty-four hours the journey involves taking the A1 bus to Penzance then a GWR train to Plymouth followed by a Cross Country train to Tamworth, a Virgin Train to Crewe and then the Caledonian Sleeper overnight to Inverness from where the Stagecoach X98 bus takes you to Wick to connect with that bus on route 77 to John O’Groats.

The timings are tight in places and it will be touch and go whether everything works out as planned along the way; but there’s no Plan B.

The A1 arrives Penzance at 14:33 giving a fairly comfotable 16 minute connection to the GWR train leaving at 14:49. This arrives Plymouth at 16:51 and the Cross Country departure is at 17:25 through to Tamworth arriving there at 21:18. Another comfortable 17 minute connection there on to the Virgin train at 21:35 and into Crewe at 22:17 for the Caledonian Sleeper at 23:50.

The crunch connection comes in Inverness with the Sleeper due to arrive at 08:39 on Friday morning while the Stagecoach X98 is scheduled to leave the nearby bus station for Wick at 08:50 allowing just 11 minutes. Fingers will be kept firmly crossed that this connection works, as a late arrival by the Sleeper will scuppour the schedule completely.

On arrival into Wick on the X98 at 12:20, the 77 which normally leaves at 1305 doesn’t run on a Friday schoolday at that time, as schools in the Highlands finish at lunch time on Fridays. so instead there’s a 177 schooldays only journey from Wick Community Campus at 12:35 which will arrive John O’Groats at 13:25 shaving nine minutes off the 24 hour timing making for a LEJOG attempt at 23 hours and 51 minutes.

Except another crunch point will come on that X98 journey as there are currently frustrating delays on the route at the infamous scenic Barriedale Braes coastal hairpin bends with road re-aligning works in full swing.

Here’s hoping there’ll be no more than a fifteen minute hold up on the three hour thirty minute journey from Inverness and that vital connection to the 177 isn’t missed.

There is an official Guinness World Record held for this journey. Roy Bromet made it in 24 hours and 4 minutes in June 2016, so although this adventure is just for fun, it’ll be interesting to see if thirteen minutes can be shaved off this timing and a new record of 23 hours and 51 minutes achieved.

I’ll be posting a live updated blog during the journey and for those who subscribe by email, you’re welcome to check out progress along the way by visiting either this blog’s home page or Twitter. A full blog will be posted out to subsribers at the end of the journey.

And it’s not just me; the lovely All The Stations couple Geoff and Vicki are coming along too, which must be a good omen for success. A brilliant Longest Day lies ahead.