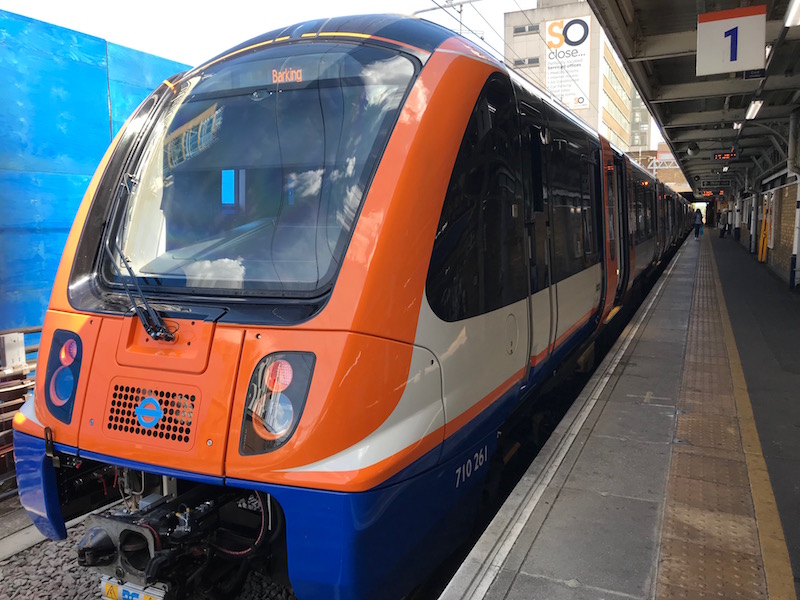 Train manufacturer Bombardier has at last finally sorted the software issues on the new Class 710 trains for London Overground’s Gospel Oak to Barking route and the much delayed trains entered public service for the first time last Thursday. As operator Arriva Trains London organise more drivers fully trained to drive the new trains it’s hoped the scheduled fifteen minute frequency timetable can soon be restored for the line’s long suffering passengers who’ve endured over two months of a reduced half hourly service on top of previous periods of bus replacements during the botched electrification. I covered the history of this in a blog back in January. 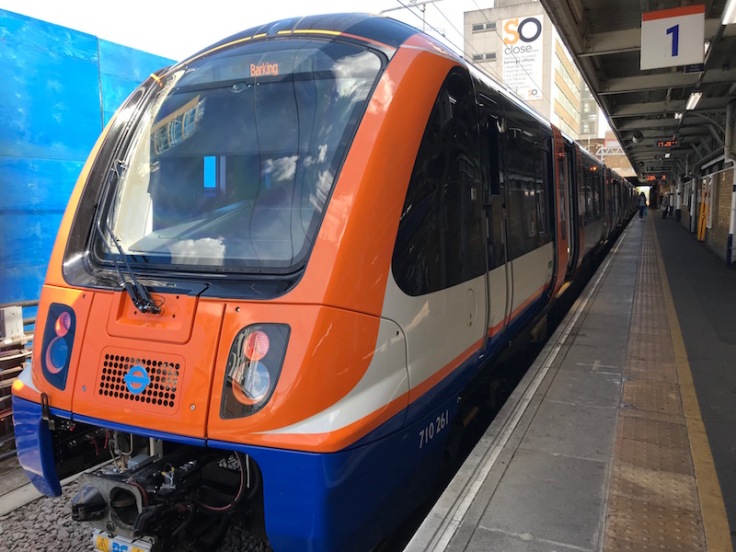 So far two new trains have been slotted into the schedule allowing a somewhat akward temporary 15-15-30 minute frequency timetable to operate alongside the spare Class 378 trains which have been keeping the service going since the beginning of the year as the former Class 172 trains were withdrawn for their new life in the West Midlands. 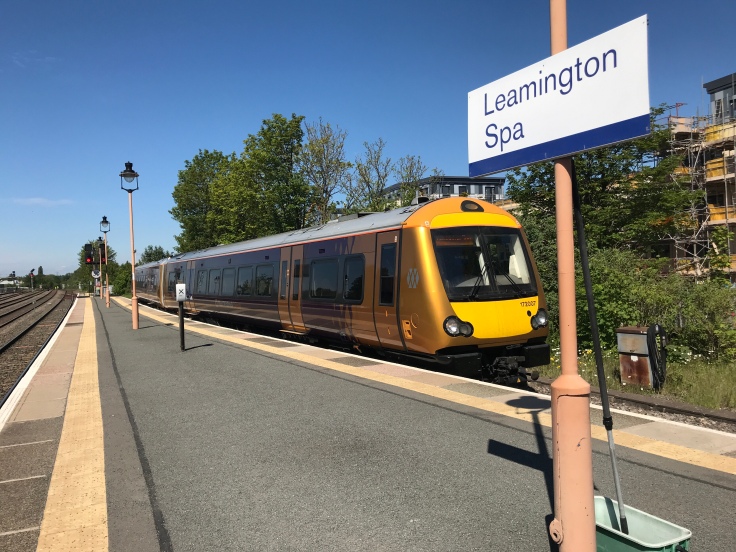 By coincidence last Thursday I was enjoying a ride on one of those lovely refurbished Class 172 trains on the newly linked up Leamington Spa to Nuneaton via Coventry line. They really are great trains to ride in with fairly comfortable seats laid out forward and rear facing and with an accessible toilet on board too.

They make for an interesting comparison to the new Class 710 trains now on the GOBLIN line which I took a ride on yesterday. 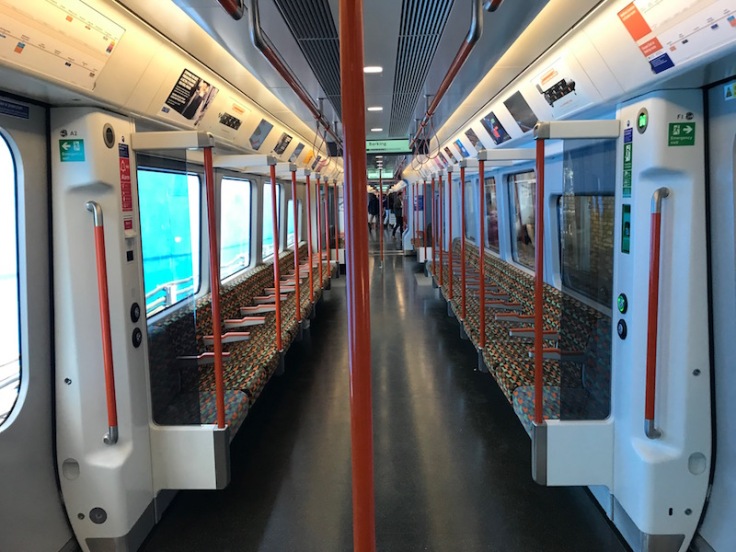 Plus points about the new trains: they’re actually in service; they’re electric so quicker acceleration away from stations than the Class 172 diesels; they’ve got an easily accessible accessible area at both ends for passengers using wheelchairs, buggies and cycles. They look quite slick with a smart orange front.

I don’t like longitudinal seats which line both sides all along the four coach trains. Even the Metropolitan Line Underground S stock trains manage a few sets of front and rear facing seats (which always get bagged first). One of the joys of train travel is looking out of the windows. Longitudinal seats make this impossible unless you want a crooked back and cricked neck through contortioning yourself to look behind you as well as annoying the person sitting next to you in the process, or trying to look out of the opposite window between the two people sitting facing you without them thinking you’re staring at them.

I understand capacity issues mean such seating, which allows plenty of standing room, is now necessary meaning 700 passengers can squeeze aboard; but it’s not nearly so nice for travelling pleasure.

The new trains have four walk through coaches we’ve become used to on Underground S stock, Class 378s (and 385s) and the Siemens Class 700, 707 and 717s as well as overhead passenger information systems telling you the destination and next few stations. 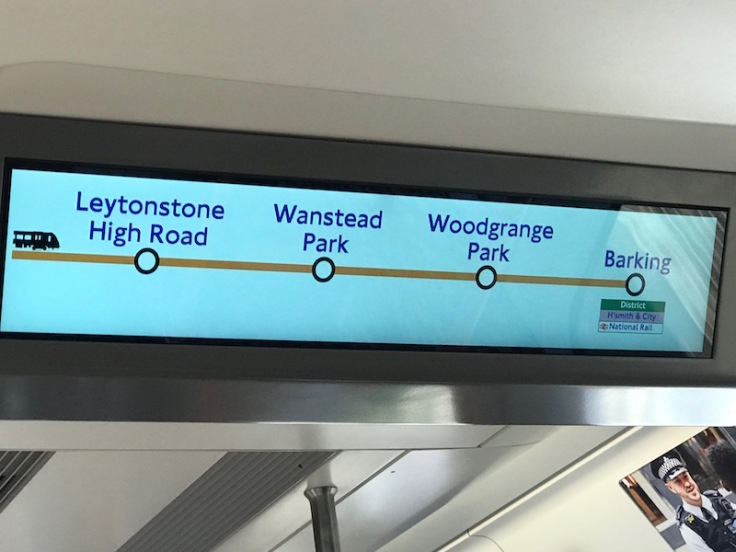 Whereas Thameslink and South Western Railway display the status of London Underground as part of the sequence of images on these signs, London Overground don’t, which is a bit odd as they’re both part of TfL. 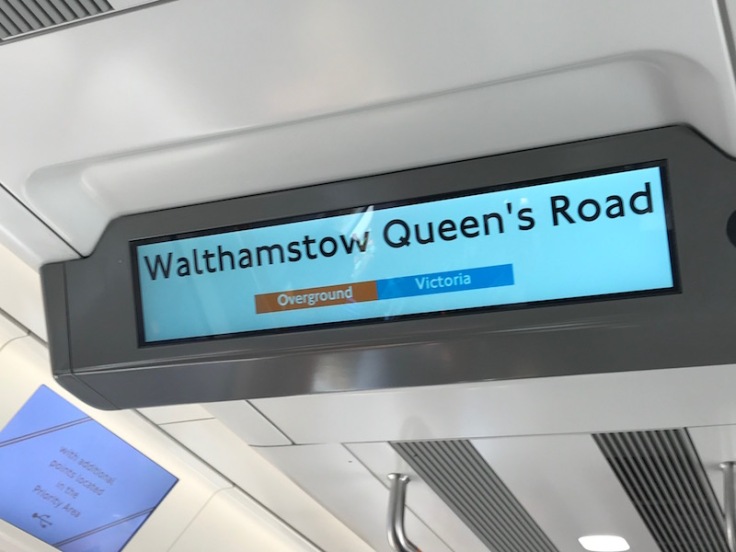 There’s also a screen on the cove panels (shown above in the side panel and below) which provides information; currently it’s corporate stuff telling you what’s on the train, such as wifi and usb points as well as the date and time, but no doubt there are future plans to invade our journeys with video clips featuring commercial adverts. No; please not. 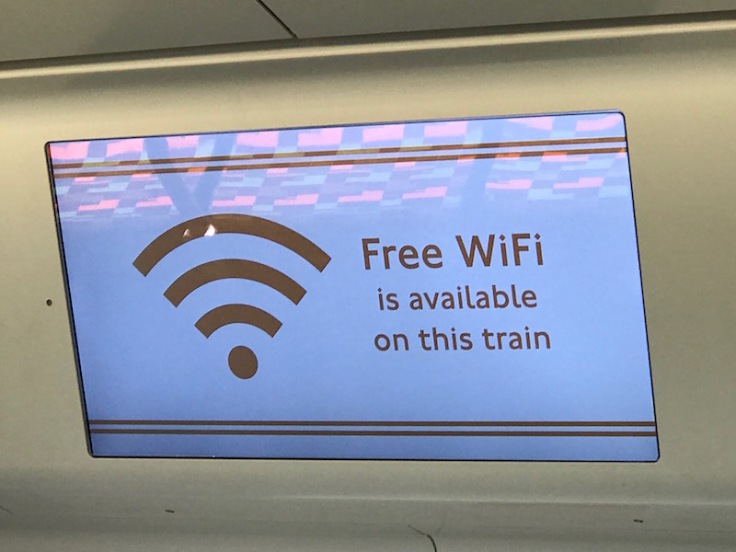 Those usb sockets are towards the end of each carriage and can be accessed by the end seat or standing between the carriages by the concertina bit. 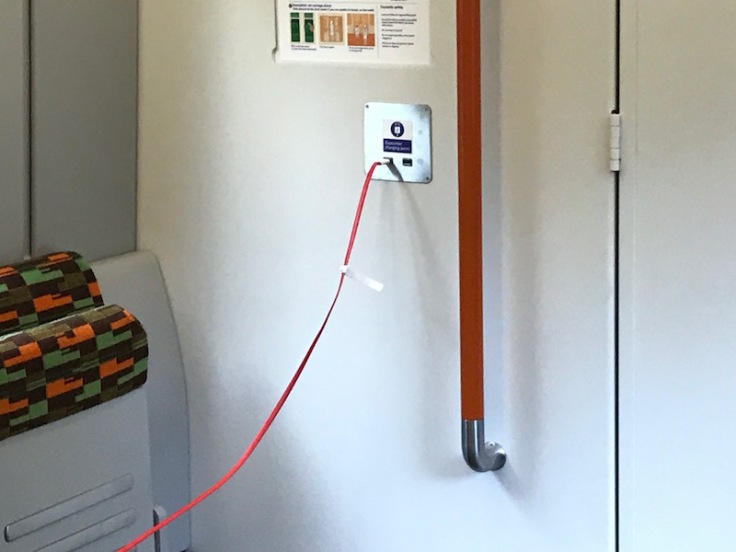 But there aren’t many, compared for example to the D Train Class 230 I recently reviewed where sockets have been provided at every seat, including the longitudinal ones.

There’s not much more to say about these trains so to conclude, here’s my top five ranking for ‘New Trains in 2019 Impressiveness and Wow Factor’ so far: