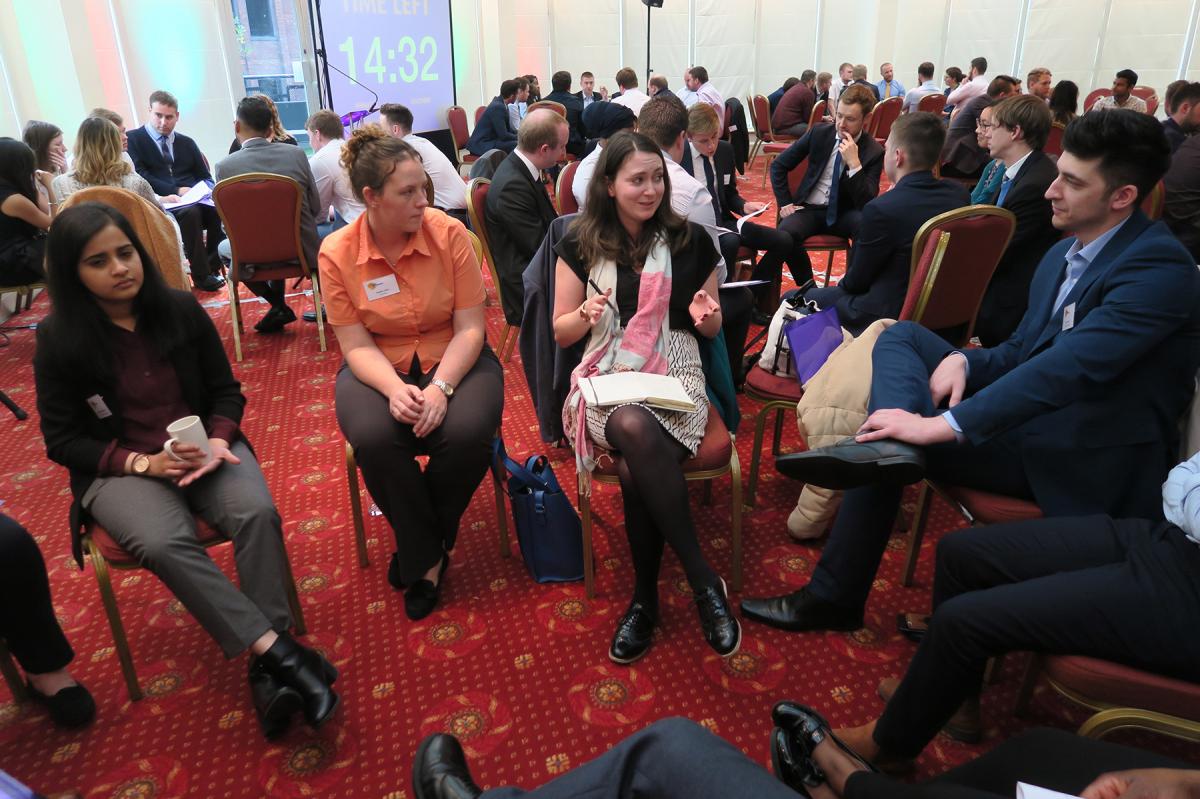 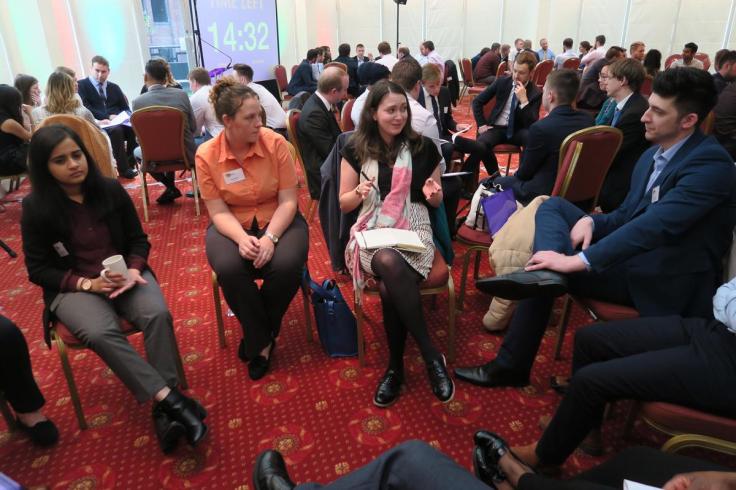 Last week’s conference for Young Bus Managers in Bristol was another great success. A hundred people attended from across all five of the UK’s big bus Groups as well as ten smaller companies and even some transport students from Aston and Huddersfield Universities.

The afternoon workshop session asked attendees what the bus industry will look like in ten years time. Everyone was randomly allocated to one of eight groups and given 45 minutes to come up with some pertinent highlights which were presented back with a time limit of no more than 3 minutes. Here are my notes of what these young, enthusiastic and energised bus managers foresaw……

The first group reckoned there’d be a north/south split on payment for fares with no cash in the south but cash continuing in the north. They expected to see MaaS (Mobility as a Service) subscription type accounts for transport use becoming common. There’ll be new safety features on vehicles which will mainly be powered by electric and gas. Wi-Fi will have been and gone as a fad, and they thought more similar fads would come and go. Recruitment of driving staff will still be a challenge but they foresaw more part time and flexible rostering. There’ll be more flexible operation in timetables (like DRT). Congestion will continue to present a grim picture. Overall they saw the next ten years as evolution not revolution. 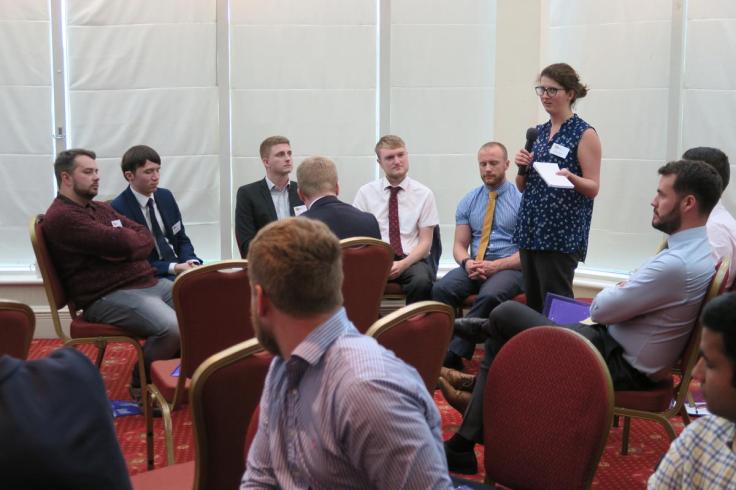 Group two foresaw more car free zones as issues surrounding traffic and the environment increased. There’d be many more Park & Ride operations with buses having priority over cars. On ticketing there’ll be more integration across modes through the use of apps. Smartcard use would continue to supplement smartphone ticketing. They also foresaw more electric vehicles provided the challenge of smart charging can be sorted. 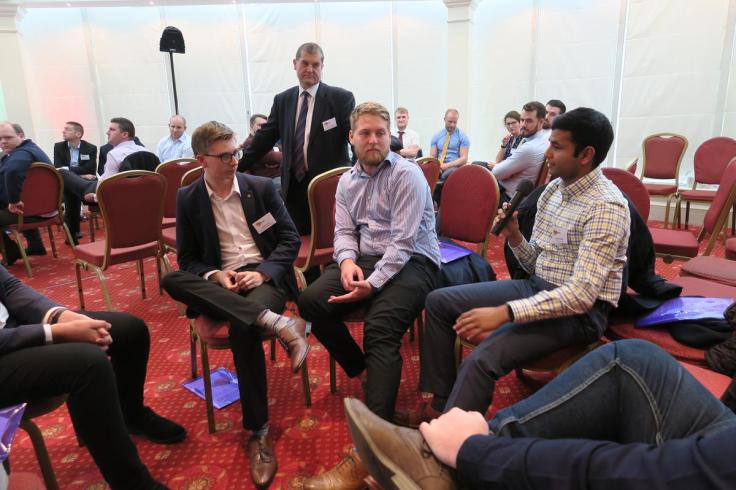 Group three thought the regulatory structure for bus operation would be adapted in different places to suit political will (e.g. franchising). They felt DRT would not succeed as the market was too small but they saw the growth of feeder services connecting into frequent trunk routes. They had concerns about the future of the High Street.

The fourth group didn’t foresee shock changes – more evolution. BSOG and Concessionary Fares will still be issues. Vehicles will emit 100% clean exhausts. There’d be limited use of autonomous vehicles for specific applications (e.g. airports). There’ll be more electric vehicles. They foresaw continued frustration with politicians who fail to tackle unfettered car use.  Cash would still be commonly accepted for fares payment. Access to information will be better, there’ll be more multimodal tickets and better real time information. Electronically imaged timetables will be displayed at bus stops making it easier to update when services change. There’ll be more useful apps as a consequence of new Bus Open Data arrangements. There’ll be no change to passenger demographics but there will be a national fares scheme for young people and there’ll be work to simplify fares. 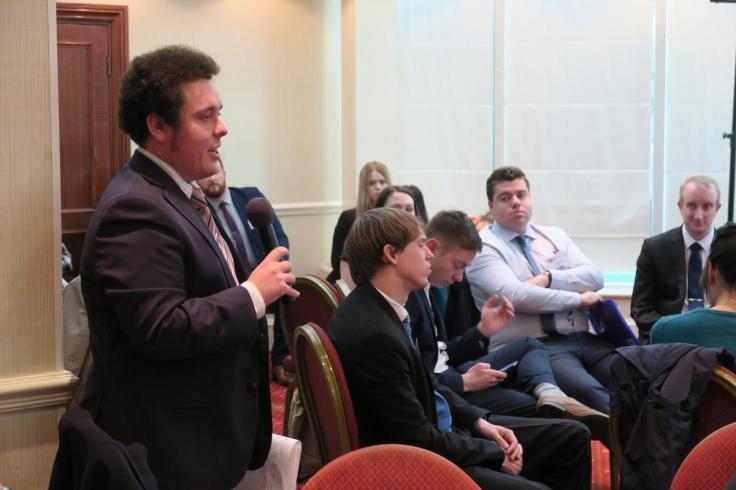 The fifth group thought the threat and opportunities presented by low emission zones will become more political – LEZs becoming the next revolution (previous one being low-floor buses). There’ll be greater partnership working with local authorities. Diesel will disappear as a fuel with cheaper alternatives but they thought grid supply challenges will make electric buses unlikely with gas becoming more common. Autonomous vehicles would be limited to garage shunting movements (freeing up depot space) and emergency braking on the move. Business will become less operational minded and more customer focused. 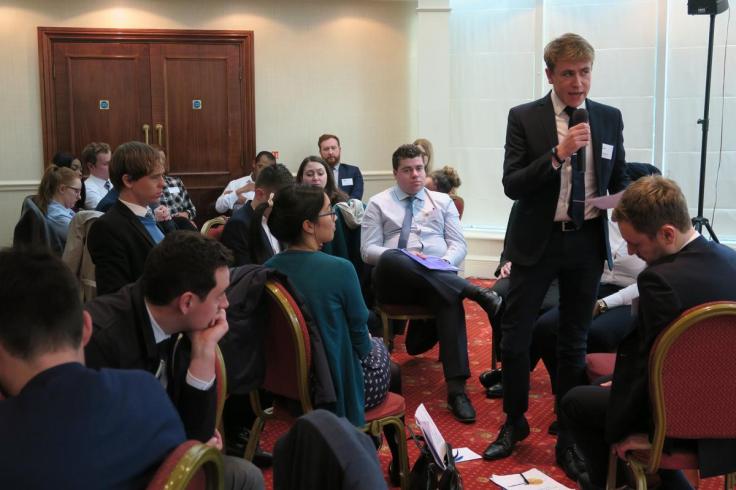 Group six highlighted electric vehicles with ULEZ schemes becoming commonplace. Vehicle interiors will continue to improve with wireless charging as standard (aimed at young people). There’ll be more new business models such as Snap and Vamooz. Tackling congestion will continue to be a dominate theme. Franchising as a model might be in place in some areas but it was thought partnership working will remain the favoured option with politicians. Regulatory arrangements will be modified to allow for more on demand type services. Contactless will be the main form of payment in urban areas. Google services (e.g. journey planning) will be dominant. Bus companies will increasingly target growth hubs such as universities, hospitals and airports. Another group who foresaw evolution not revolution.

Group seven went for some blue sky thinking. They thought bus companies would move beyond the farebox and look for alternative income streams like some airlines have done. Maybe mining and selling the vast range of data. There’d be much better utilisation of assets – Ryanair/easyJet style. They thought there’d be a Brexit effect on driver availability which may lead to bus companies concentrating on core corridors due to a shortage of staff. They wondered if bus companies will diversify more into other modes including ride sharing, cycle hire etc.

And finally group eight saw electric vehicles along with changes to regulatory arrangements to allow buses a greater level of accessibility in new greener zones with environmental concerns increasing. Urban areas will have cashless buses while rural areas may have DRT type services (or left without buses). Fares will be much simplified; staffing will be more flexible with more part timers. Some thought fares will be halved as a radical step.

It was a great end to a packed conference which included a frank and candid after dinner speech from Traffic Commissioner for the West of England, Kevin Rooney; a fascinating, and I must add, totally realistic presentation from Professor Graham Pankhurst (from the University of the West of England) on the impact of technology on public transport including smart and autonomous vehicles, propulsion and fuel options, managing congestion and ride sharing; presentations from James Freeman and Shalando Williams of First West of England including a site visit and ride on new metrobus route m2; and presentations from Claire Walters of Bus Users UK and Sarah Huntley of The TAS Partnership. 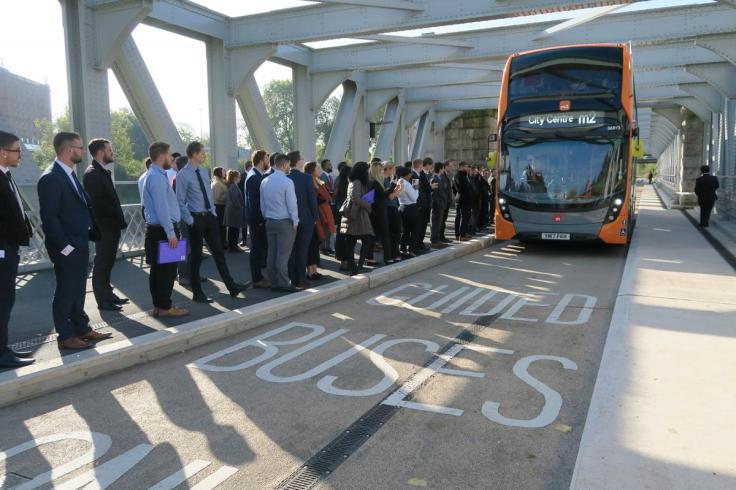 The conferences are a great opportunity for young managers in the bus industry to learn, share experiences and network with their contemporaries across all the main companies. It must be a unique set up – I doubt any other industry brings young people together from competing companies in a commercial environment to share knowledge and network in this way. Long may this continue. 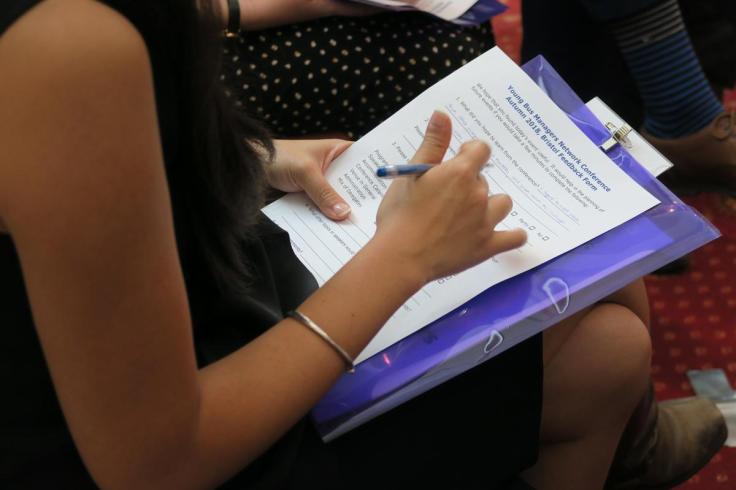 More information about the Young Bus Managers Network can be found here. Conferences are administered by Transport Events Group and financially supported by the Chris Moyes Scholarship Trust set up in memory of the Go-Ahead Group’s Chief Executive Chris Moyes OBE DL, who left us far too early aged 57 in 2006.