No, not the infamous leisure park in Surrey, that’s so last decade; I’m talking Thorpe Park as in ‘a flagship scheme for the Northern Powerhouse Agenda’ no less (well that’s what their brochure reckons).

And in case you didn’t know, Thorpe Park ‘sits in the city regions most significant growth area and will bring even greater diversity to the Leeds offer to the local and national business community’. What’s more the developers promise ‘public realm to engage and enjoy’.

And it’s in the news because Thorpe Park’s retail and leisure quarter called The Springs opened last weekend attracting the usual motoring addicted mega crowds of shoppers to suss out what’s on offer. As I was in the area it was too good an opportunity to miss so I tried out First Leeds’ brand new limited stop X26 bus route which also started last weekend linking Leeds city centre with Thorpe Park.

Where exactly is this flagship scheme you might well be wondering? Thorpe Park Leeds sits on the eastern edge of the city in the gap before you cross the extreme northern end of the M1 and arrive in neighbouring Garforth. 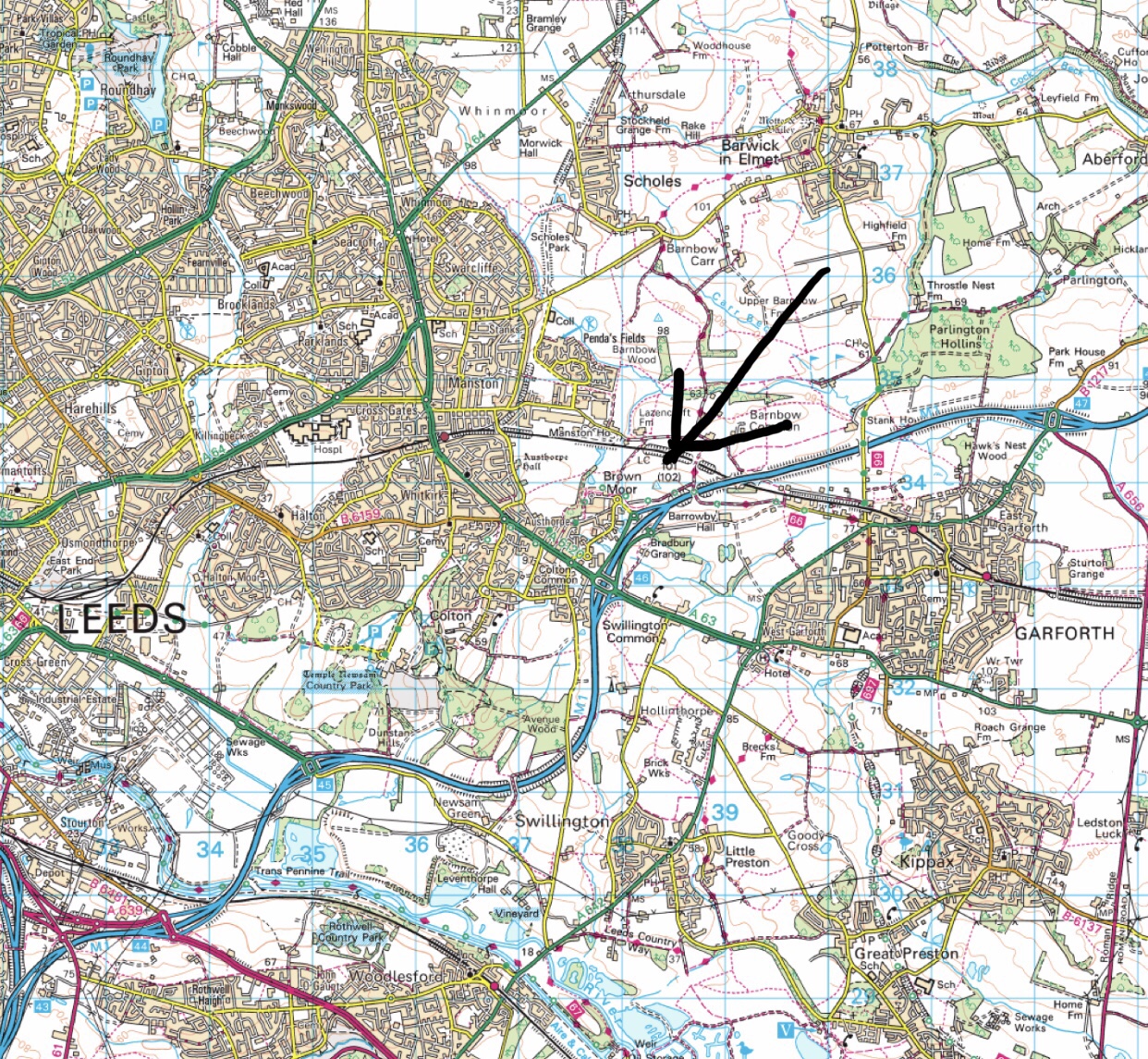 Here’s a site map from the Developers’ website showing the scale of what’s planned which as well as all the futuristic office space, retail, leisure and parkland will eventually include 7,000 new homes and in 2021 even a new train station, East Leeds Parkway. So it’s good to see First Leeds getting in before a home has been built with its new X26. 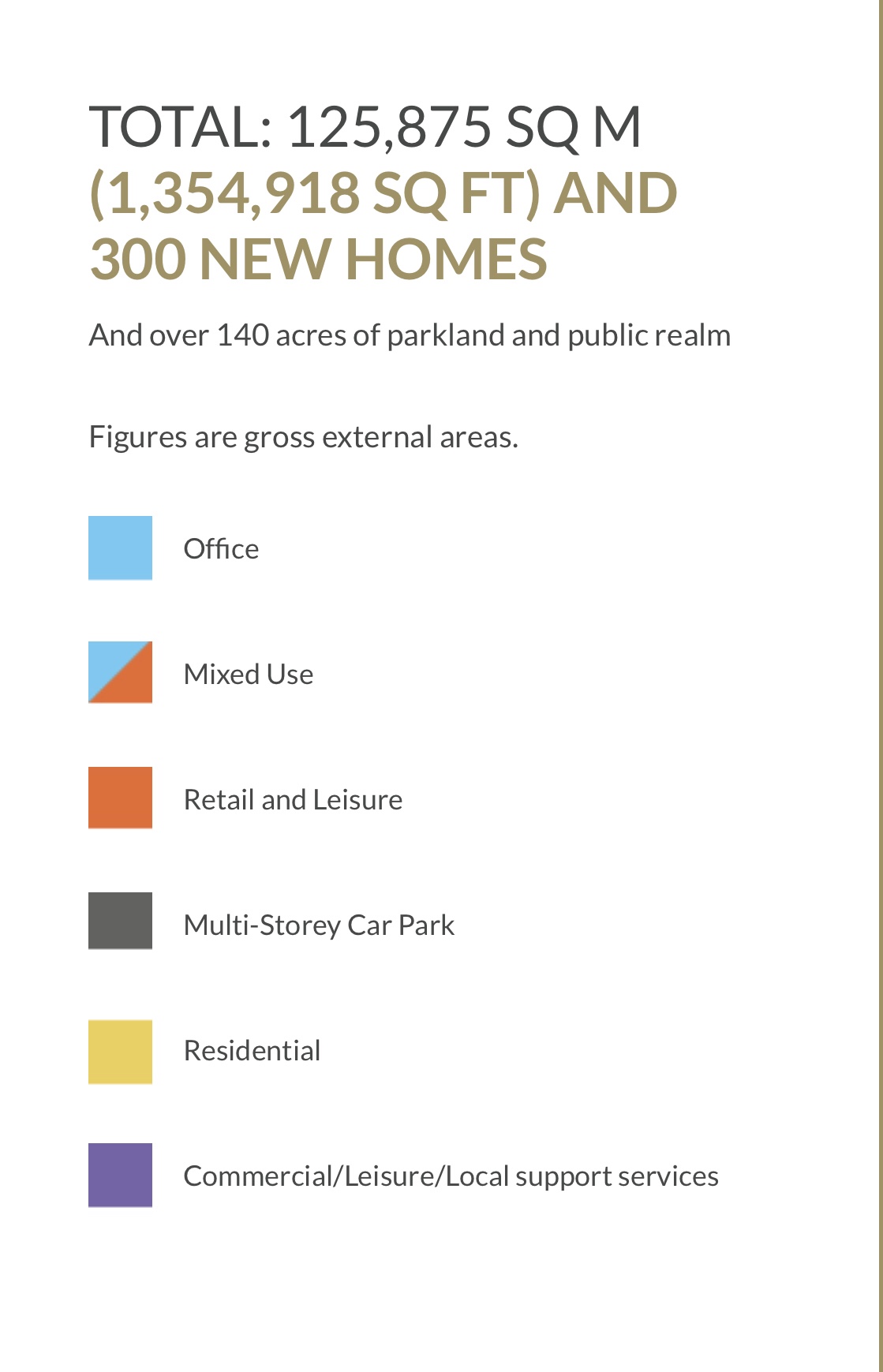 The usual retail suspects can be found at The Springs … Next and T.K.Max occupy the ‘bookends’ with Boots, a huge M&S Simply Food (no clothes), all the Arcadia Group brands (Top This and Top That), H&M and, inevitably, eateries including Nandos as well as other promised food offerings. An Odeon cinema opens next year and obviously as it’s 2018, a plush gym is included in the scheme.

But ominously there are plenty of vacant units which have no current takers; there’s a plethora of ‘to rent signs’ down the spine mall walkway which wouldn’t look out of place in a run down suburban High Street.

It seems paradoxical at a time of doom and gloom on the future of retail in the High Street due to the growth of online shopping we’re also seeing massive developments such as The Springs following on, in Leeds case, the opening of a huge new John Lewis handily next to the bus station (but with a massive car park attached to boot), a redeveloped Trinity Leeds central shopping mall and the longer established White Rose Centre just to the south west being just a short bus ride from the city centre. 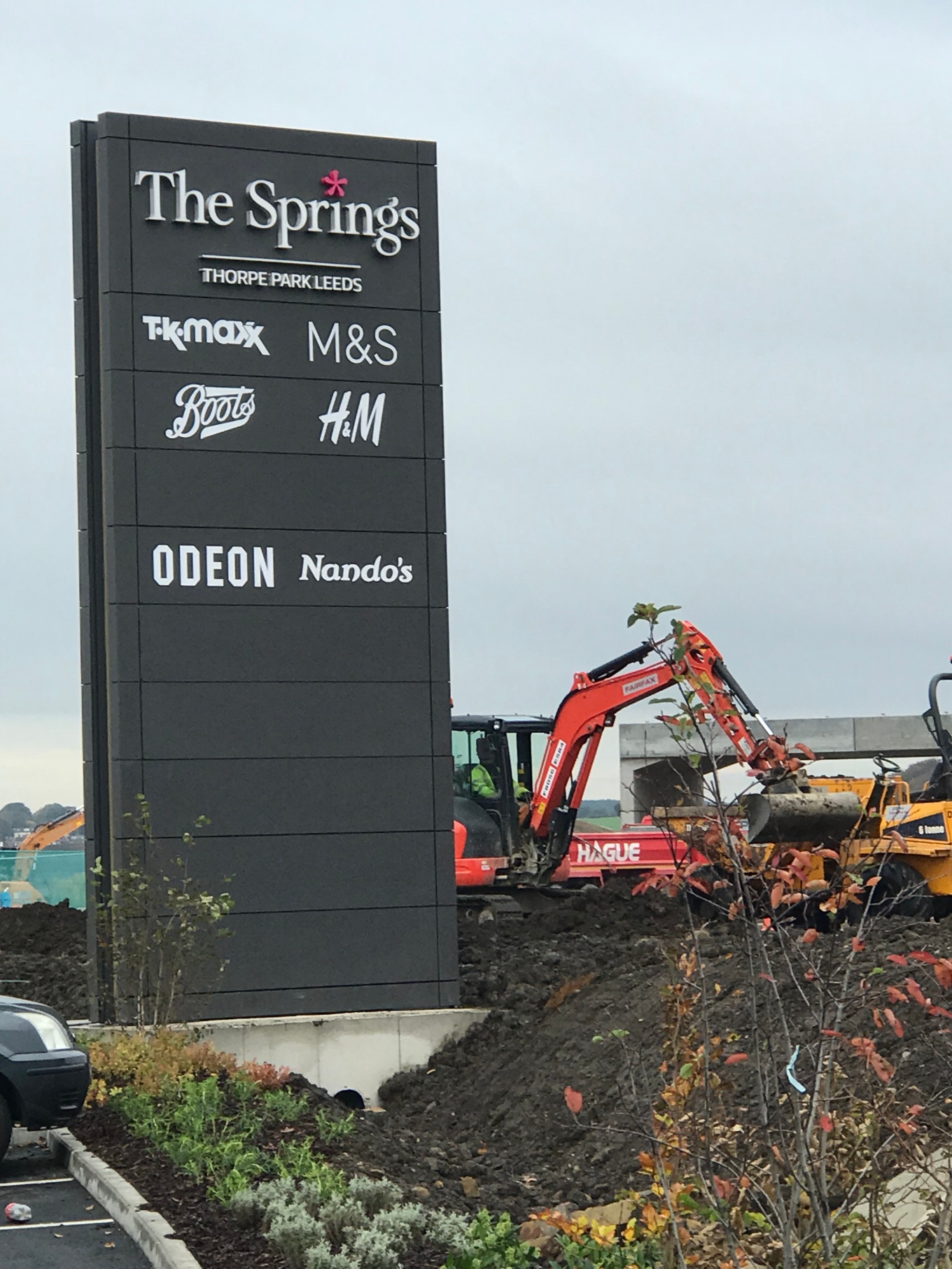 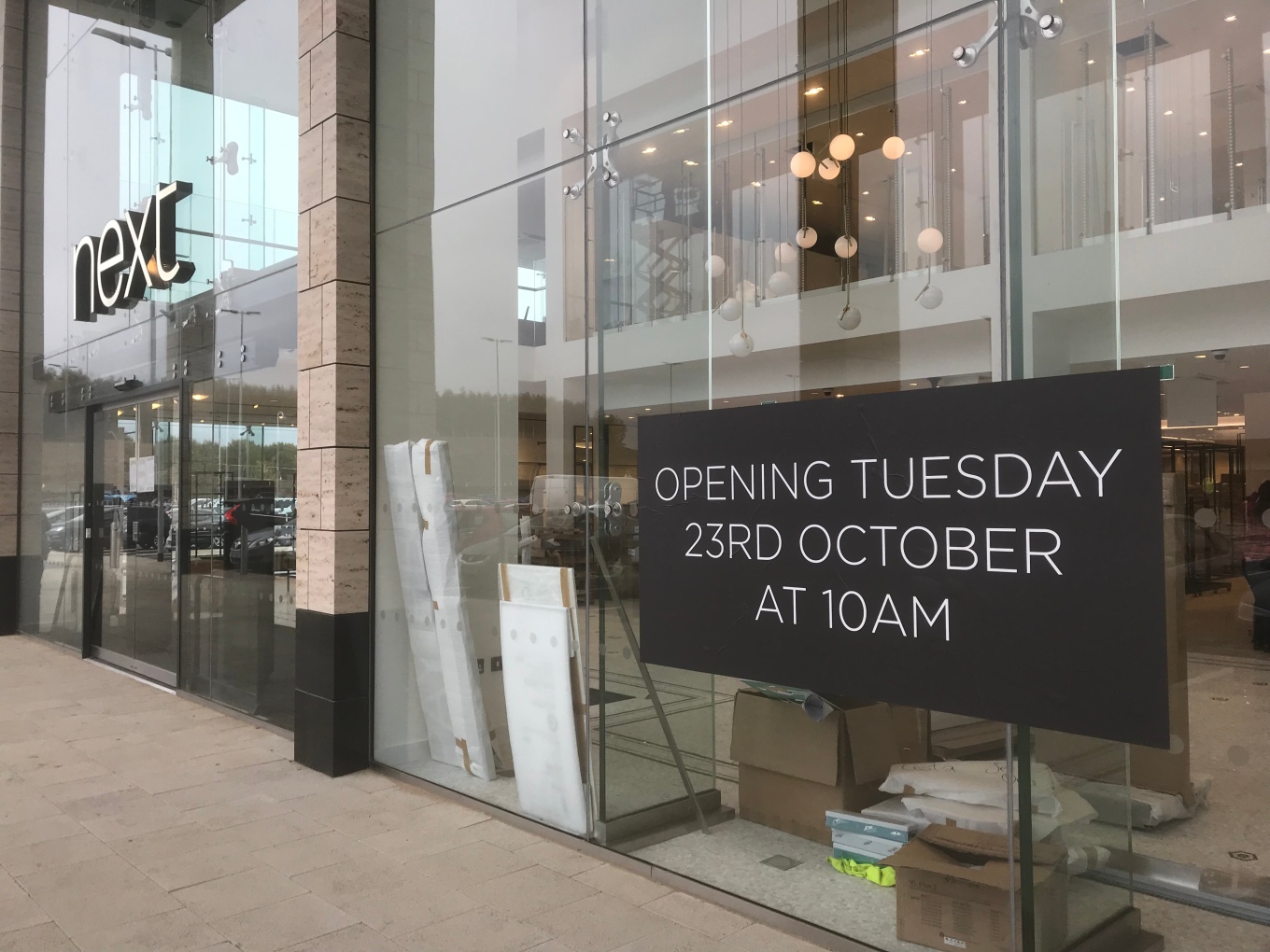 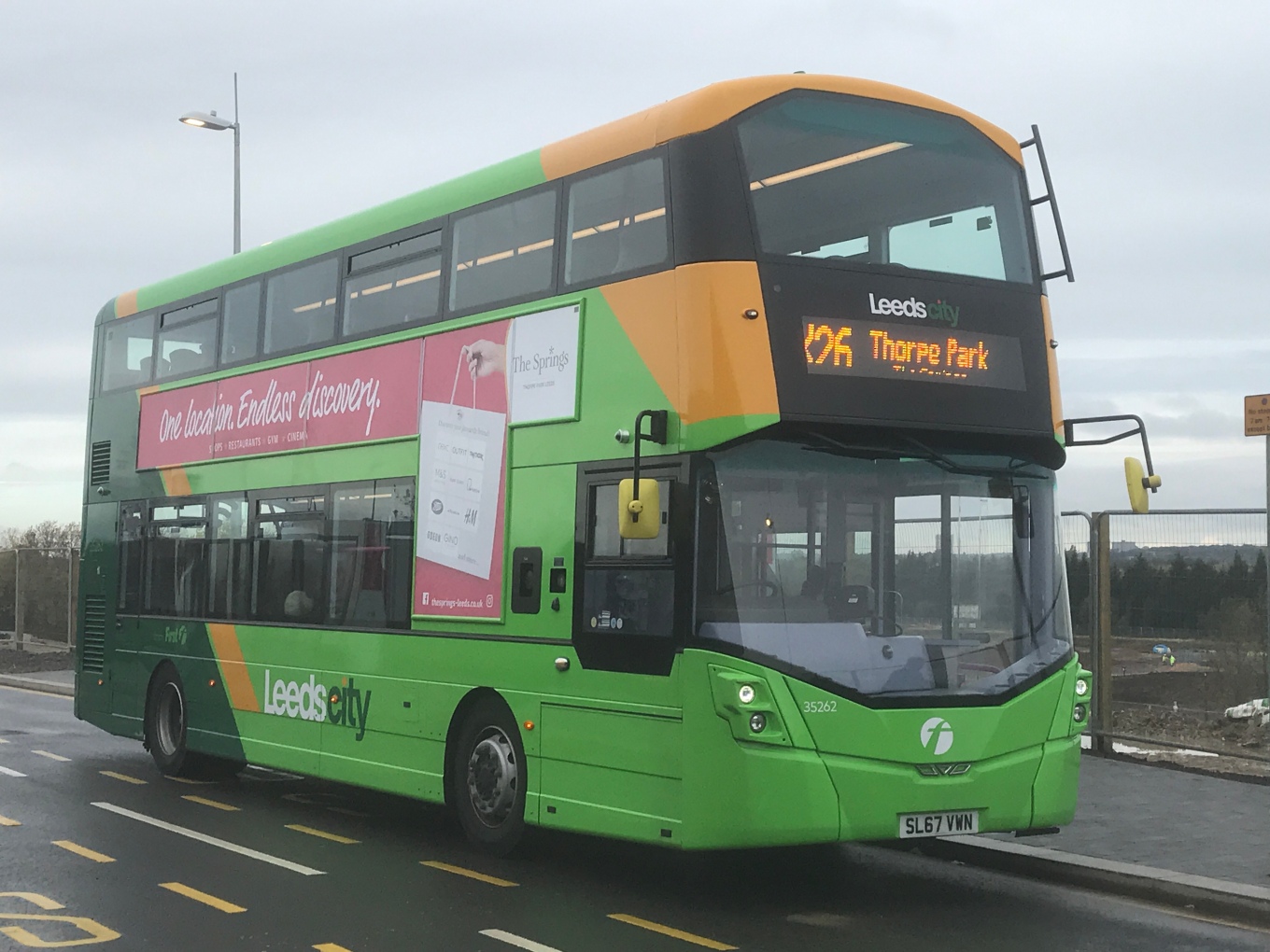 Full marks to First Bus for investing in an incredibly impressive start-up service running from 0525 to midnight seven days a week, albeit with a slightly later 0745 start on Sundays. Commendably a 15 minute frequency applies throughout the day with half hourly evenings running seven days a week. Running time is 38 minutes meaning a commitment of six buses to run the service. That really is excellent provision bearing in mind there’s nothing particularly special about the retail offer at The Springs. I’m thinking there must be some helpful Section 106 payments to pump prime such early days generous bus provision and all to the good if so.

Even better First Bus have launched the second in their high profile colour coded route branding for Leeds with a fleet of attractive new buses for the X26. A smart yellow front adds to the pleasing appearance of the green livery, and marketing inside the buses indicates more routes will follow including the 5, 11, 19/19A, 40, 56 and a new X27 from December.

The high profile buses help, that’s how I became aware something was up when I spotted one in the city centre on its first day out at the weekend. But not many potential passengers have that eye for bus detail I’m inflicted with. Knowing it was limited stop I started scouting around the city centre bus stops looking for confirmation of where I could get on board eventually settling on The Headrow and reassuringly found METRO had installed their standard departure listings on one the H2 stop, so well done them for getting that up on time.

On board, the usual First Bus new bus spec extras are evident and there’s bespoke cove panels for The Springs and other stuff. 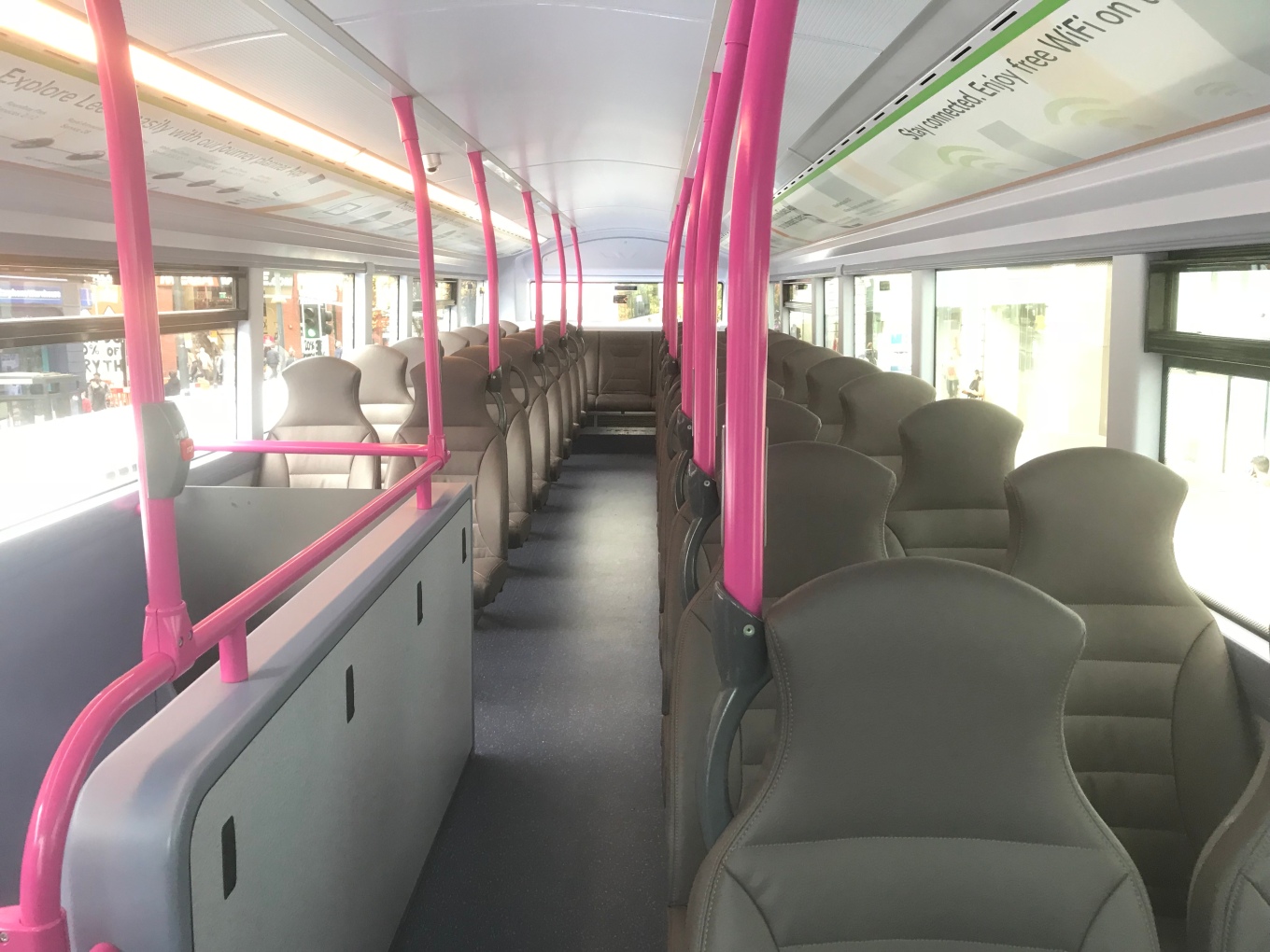 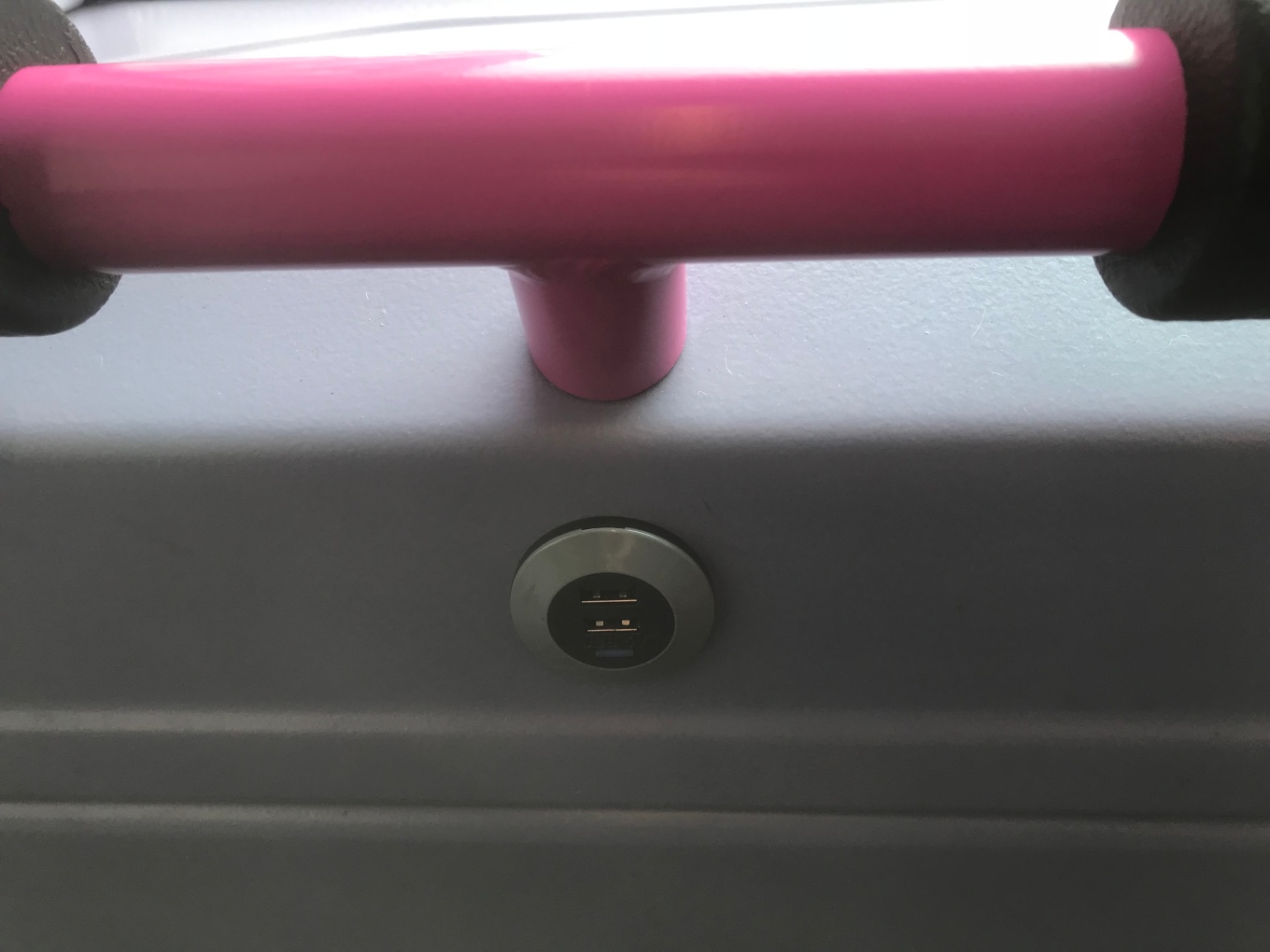 I was initially surprised the buses aren’t guide wheel fitted so they can use the long established guided bus lanes on the Selby/York Road to and from Thorpe Park; all the more so as when I travelled on Monday roadworks were disrupting traffic big time. But I’m told there’s a problem with fitting the wheels to the bus body structure and a solution is awaited. Even so there’s doubt how effective it would be to send a limited stop service down a bus lane heavily used by frequent stopping services. Fair point. 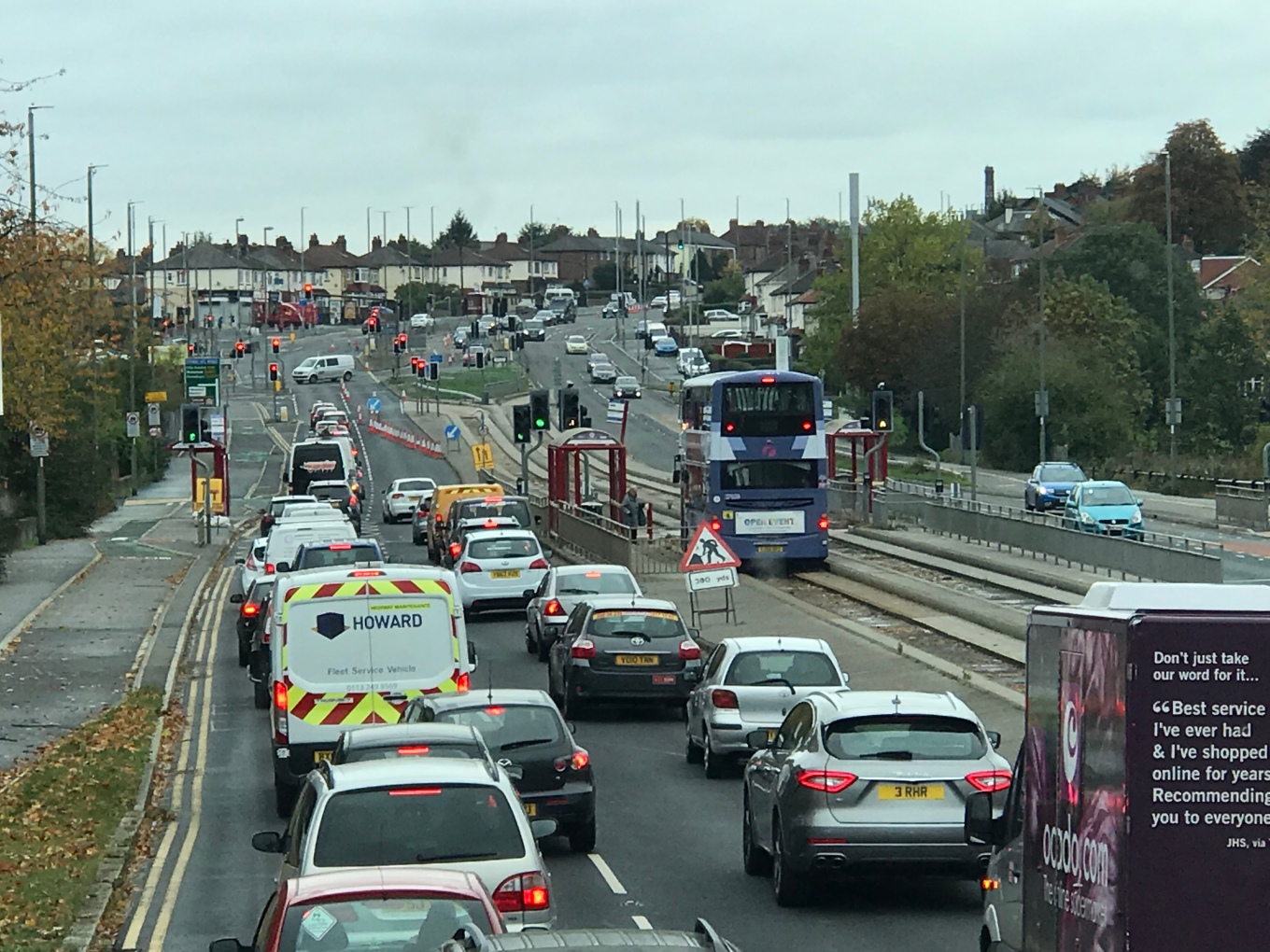 My biggest disappointment was the timetable leaflet for the brand new X26. I couldn’t get one on board the buses so on my return to Leeds wandered over to the METRO run Travel Centre in the bus station to see if there was one there.

Casting an eye over the tidy display in route number order, no luck .. 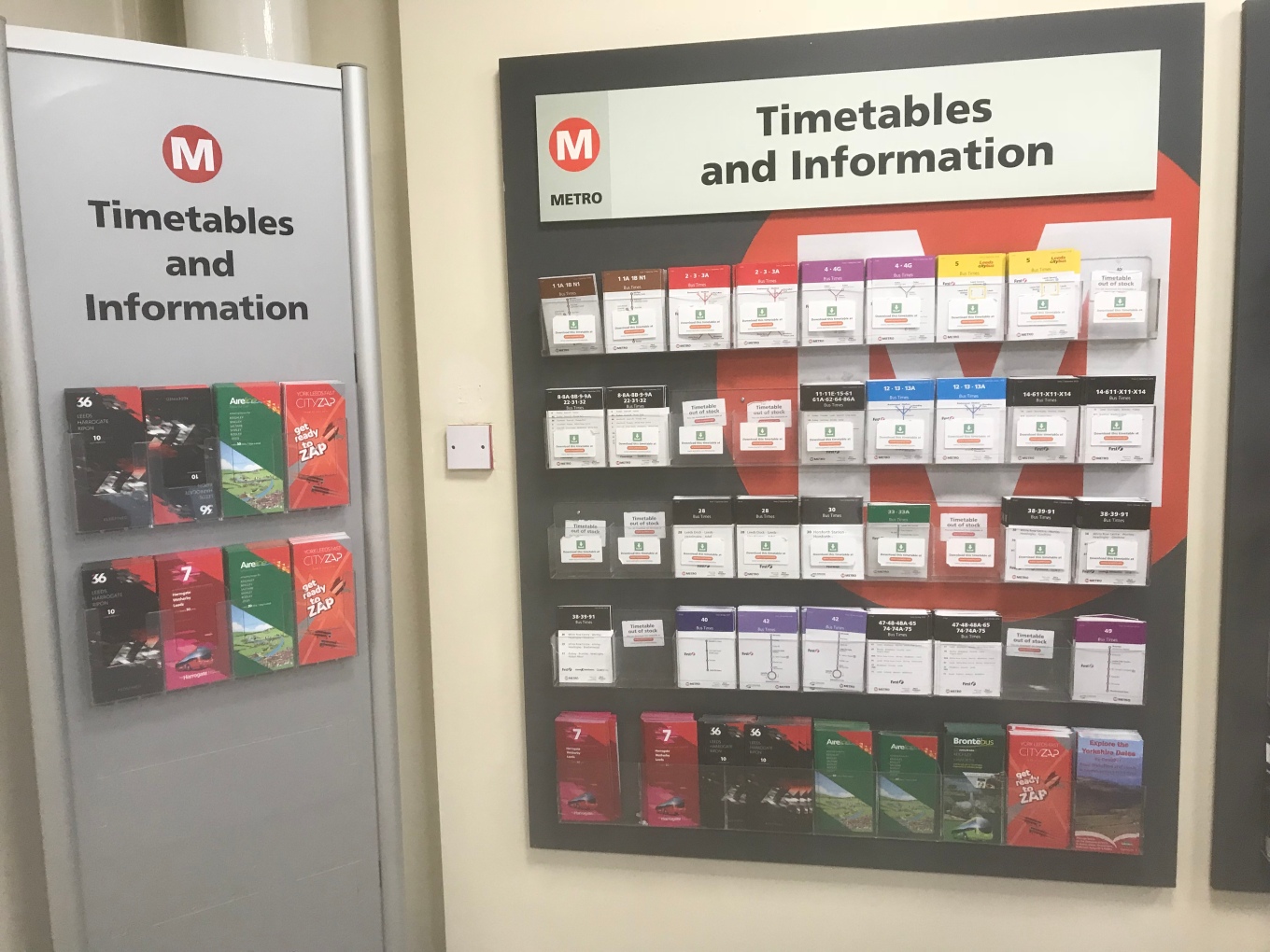 … but as I was about to leave I spotted a makeshift display in the corner by the exit door and my luck was in – the last three copies of an X26 leaflet were there for the picking up. 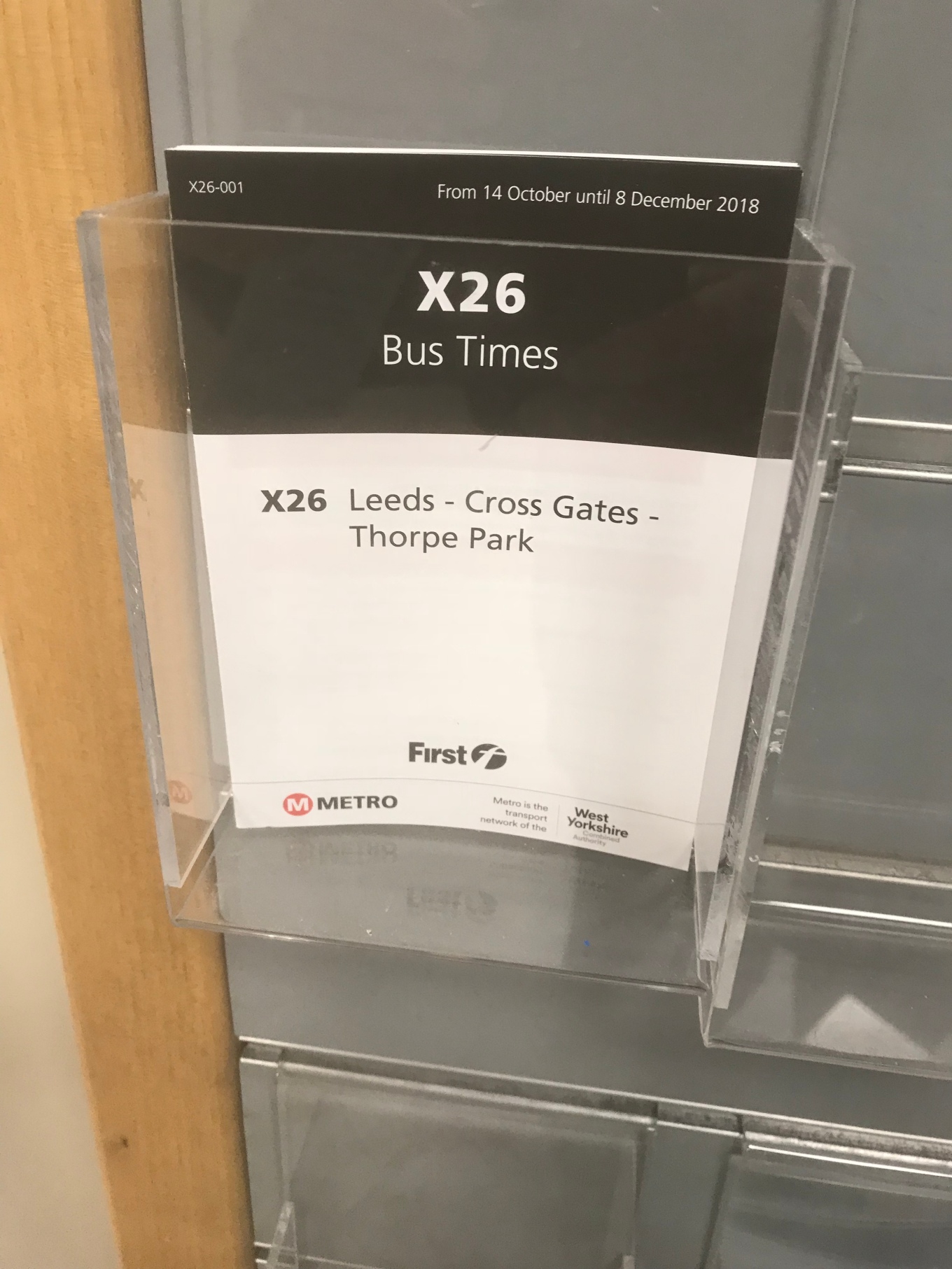 It’s a classic example of why West Yorkshire Combined Authority should cease timetable production and instead hand it over to the bus companies who need to step up to the plate and produce eye catching promotional marketing leaflets that inspire and encourage bus travel just as T.K.Max, Next and the others are doing for their new stores.

The cover is bland enough but even worse, the first message on opening the leaflet are the dos and don’ts of ‘Using our bus stations safely’. The X26 doesn’t even use a bus station!

The final pair of bus stops sited down the side wall of T.K.Max, before the bus turns round at a large roundabout on the new access road disconcertingly still had ‘not in use’ notices; maybe they weren’t but at least one befuddled passenger was picked up by a bus laying over there.

The previous stops (conveniently sited at the bottom of that deserted spine mall and the yet to open Odeon and gym) had a departure listing, but oddly the bus stop flags on either side of the road both indicated incorrectly buses would be heading to Leeds.

Still, it’s a bit churlish to criticise what are obviously teething issues as even the main corporate signage for The Springs was still being finished off on Monday.

So that and the leaflet aside (which after all is an endemic structural issue on how things work in West Yorkshire which I touched on in yesterday’s blog) it’s really encouraging to see First Leeds investing in new buses and a new service and seeing their new attractive branding coming to the fore at last. I hope it achieves deserved success.