Having been plagued for some weeks by marketing emails from the London black cab App organisation called Gett, I finally relented yesterday and headed up to London to use up the £10 credit (with an expiry of 31st August) they’d recently added to my account in a last ditch attempt to entice my return custom. It wasn’t as if I’d been much of a customer, having made one solitary journey back in October 2017 to try out the new peak hours only ride-sharing Black Bus 1 route between Highbury & Islington and Waterloo they’d just introduced amid much fanfare with partners Citymapper who’d worked out there was latent demand on that corridor from the enquiries they’d been monitoring on their Journey Planner App.

I thought I’d replicate my Black Bus 1 journey and see if once again I’d be sharing the intimacy of a black cab with other riders for the bargain fare of £3. I’d not been able to do my usual trip research beforehand as all the Gett App would tell me was I’m in an unsupported area down in Sussex where I live. I’d had a look at the Gett website, but that hadn’t mentioned anything about Black Bus 1 either. So it wasn’t until I came out of Highbury & Islington station at 0842 I could sus out the travel options.

I trotted along to nearby Compton Terrace on the main road just south of the station where I’d waited before and sure enough having entered Waterloo as “where I want to go” at 0844 the Citymapper App listed a taxi icon among the options (as it had done before) showing an arrival in 5 minutes and with a journey time of 45 minutes (taking 50% longer than the tube options).

I clicked it, got an encouraging ‘Book & Go’ clickable icon over a map with reassuring reference to my Smart Ride not costing the expected £3 but would be a freebie at £0.

I clicked that only to be stumped by payment options of Apple Pay or “Add Credit Card”.

I decided to add my credit card details despite that £3 fare being reassuringly struck through and then received confirmation at 0845 it was “Using £3 from your credit” and the “Driver arrives in 16 min”.

As a bit of a novice at this game I had wrongly assumed with those messages I’d done all I needed to do. It turns out I hadn’t; and despite not wanting to use Apple Pay, I needed to find another icon to “pay’; even though I had a fare of £0.

But there was I thinking I was all good to go, especially when I rechecked at 0847, as within only those two minutes the screen had updated to “Driver arrives in 2 min” and what looked like a fellow passenger appeared alongside me also staring intently at her phone.

She confirmed she’d also booked a ride and within a minute an anonymously branded black Mercedes people carrier appeared.

The driver was a bit perplexed to find two of us, and establishing we weren’t a couple he confirmed I wasn’t booked with him and needed to wait for another driver.

Clicking back on the Citymapper App showed a wait for another driver of another 15 minutes so I decided to interrogate the Gett App instead; after all they were the people who’d gifted £10 credit to me and were so keen for my return custom. In fact it puzzled me how Citymapper knew I had credit as I’d had no communication from them.

The trouble was the Gett App, like the website made no mention of Black Bus 1, and I appeared to be booking a standard black cab to take me to Waterloo.

Even more consternation as there was no mention of my credit and instead wanted me to pay with my credit card; although it did make reference to me getting “£10 off this ride” with my “coupon”.

Not being a black cab user I feared for my bank balance for such a long journey if I went through with the transaction, but decided to give it a go, only to be told the expected arrival time of a driver was another 15 minute wait and with an expected arrival time in Waterloo not until 0953 which was 57 minutes away.

As by then it was 0856, this seemed a very long time away, so after a three minute cogitation, at 0859 I decided to abandon this smart ride-share gig altogether and instead plump for a traditional ride-share gig, the humble TfL red bus to take me to Waterloo. 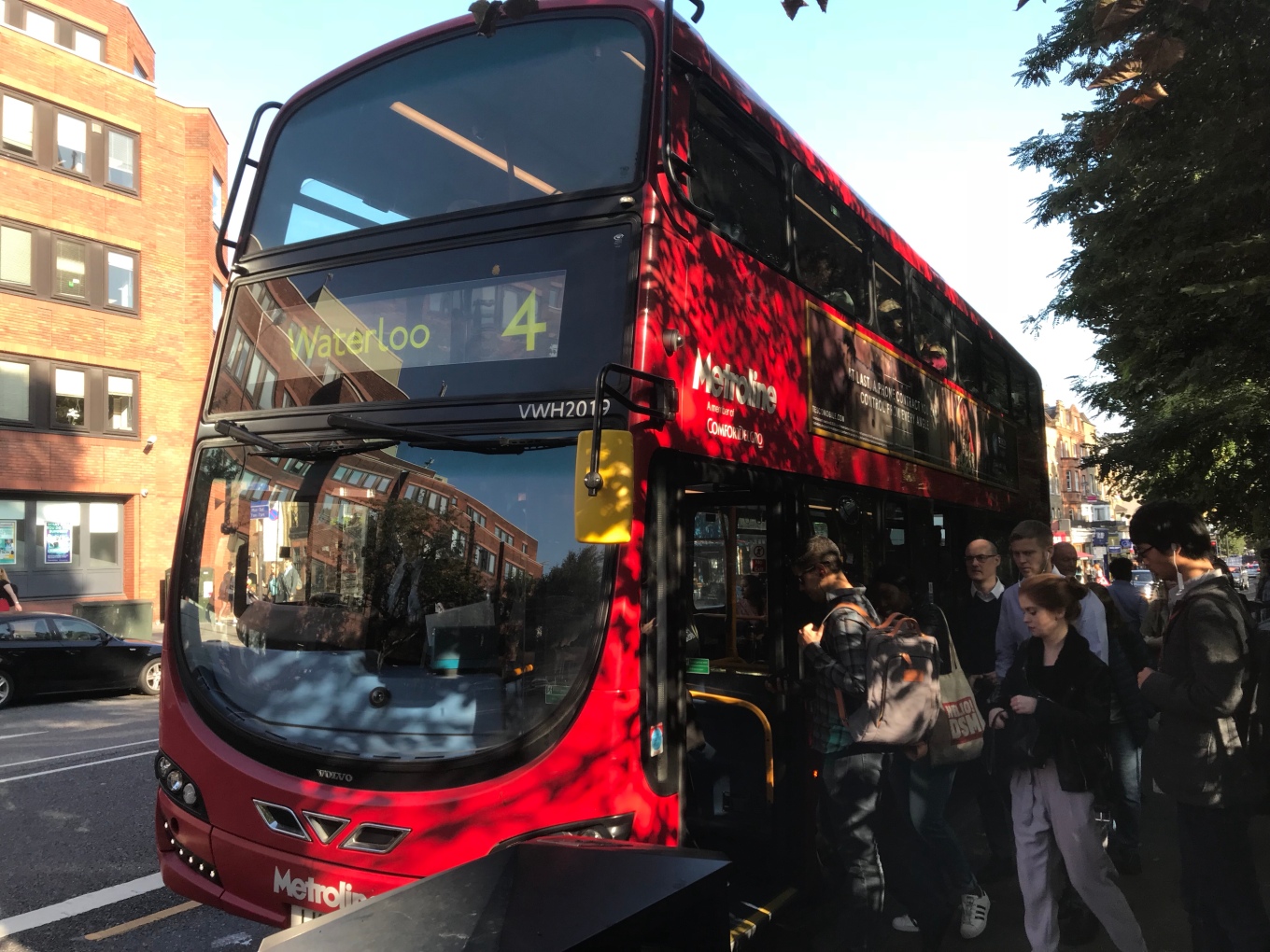 Despite battling with some of London’s usual peak hour congestion, we arrived in Waterloo at 0941 comfortably ahead of Gett’s prediction had I used them, and it only cost me £1.50.

I still have no idea what the relationship is between Gett and Citymapper  and how my £10 credit appeared on Citymapper. It would seem Gett no longer run a BlackBus 1 for £3  and just run traditional black cabs but Citymapper contract an anonymous ride share company to do so instead but not marketed under that Black Bus 1 brand. The whole experience was confusing and I was reassured traditional bus, tube and train are still the modes of choice for me and I won’t be disrupted.

DRT, This is going all wrong