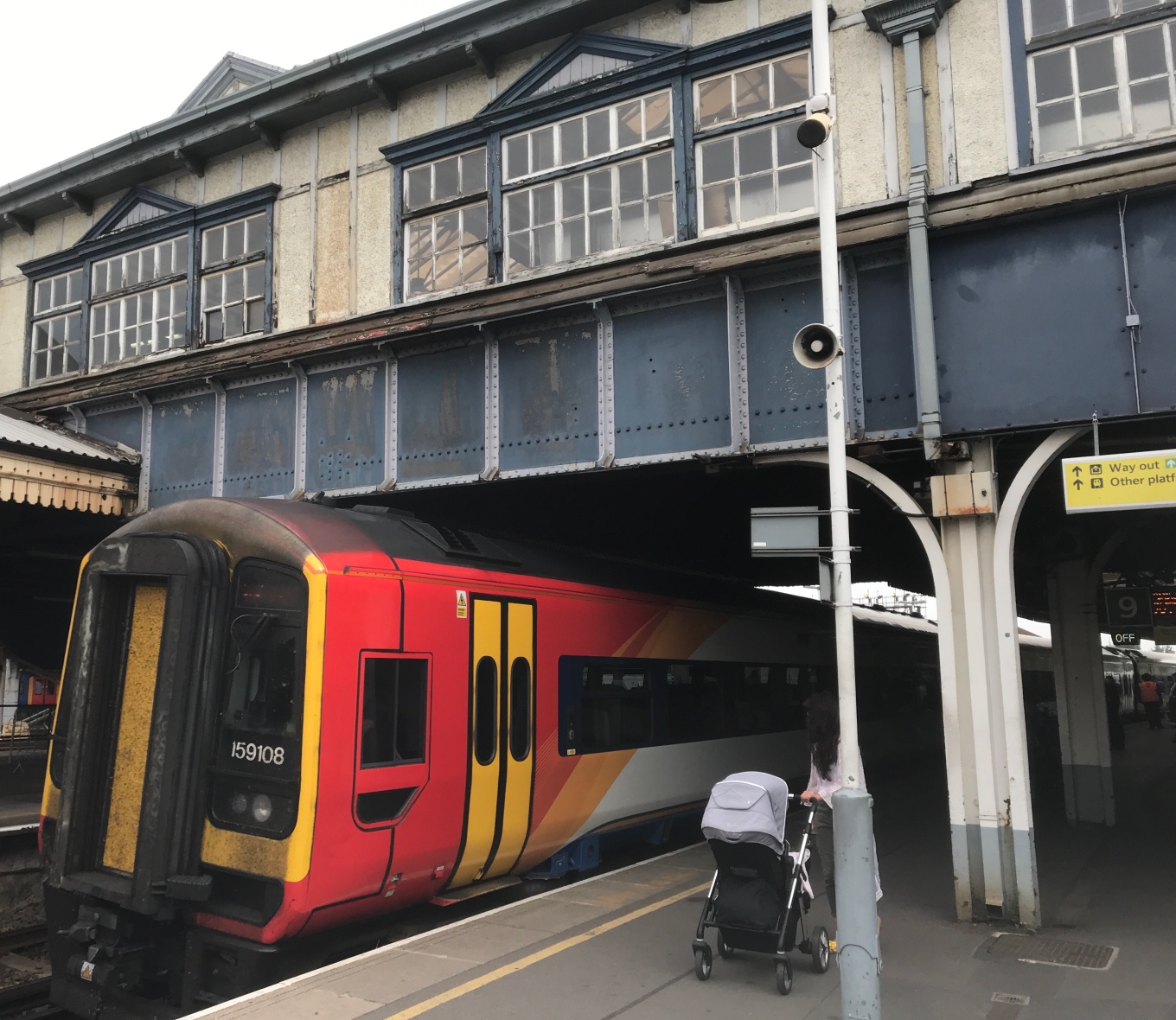 The plan was to catch Stagecoach operated route 4 from Axminster station at 1215. It runs via Honiton to Ottery St Mary where I’d pick up the four-journey-a-day Hatch Green operated rural route 382 via Whimple and Feniton.

A scheduled arrival at Axminster on the South Western Railway train at 1202 provided a nice 13 minute train-to-bus connection. The kind of connection modal integrationists would be ecstatic about. Not too tight to risk palpitations and not too slack to mean wasted time hanging around. Just about right. What could possibly go wrong?

Ominously SWR trains at Clapham Junction were all departing southwest bound around 0900 with ten minute delays ‘due to a points failure at Waterloo’ but everything still looked hopeful with predictions of valuable minutes caught up during the journey especially with a slick train detachment at Salisbury from where our rear three coaches were Bristol bound.

Indeed it turned out to be so with a predicted Axminster arrival only 5 minutes down as we departed Salisbury allowing a generous 8 minutes to wander out of the station to the adjacent bus stops. Relief all round.

Except we stopped not long after Salisbury and waited ten minutes for a late running London bound train to clear the single track section from Tisbury dashing any hope of making Axminster in time.

No matter, Plan B was soon hatched to continue to Honiton where the Fat Controller would be impressed that Thomas the SWR Train easily beats the self same Bertie Bus and a new five minute connection easily made there at 1242 from our now 21 minute late running train originally due at 1216. Even more reassuringly I spotted the roof of the Stagecoach bus above the hedgerows en route from Axminster towards Honiton as we passed at speed as you can see here…. 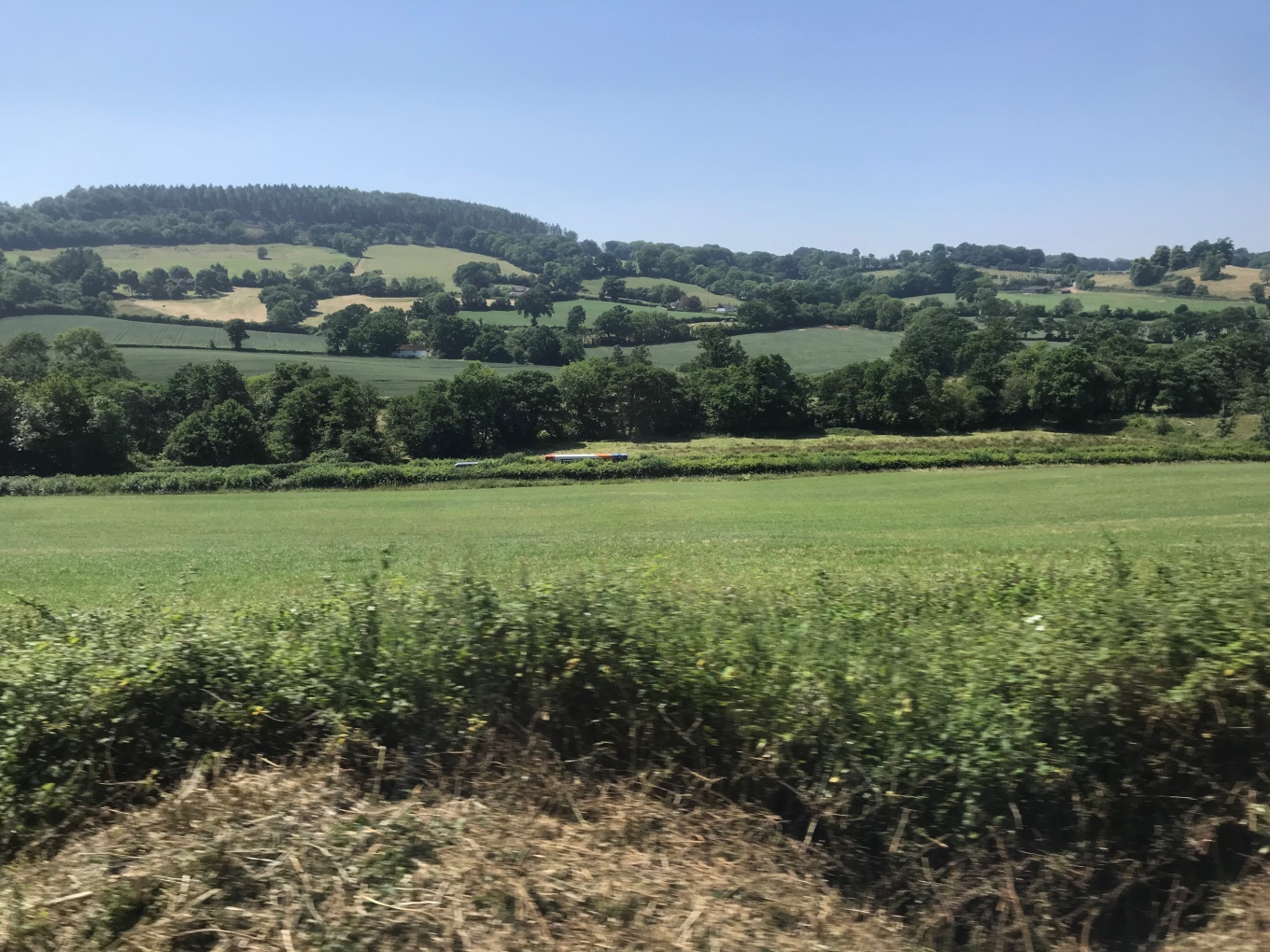 As a seasoned traveller I’m aware of bus stop locations near stations, alternative travel options and the need for Plan B contingencies but non regular travellers might be more easily foxed.

For example a passenger sitting across the aisle was reassuring her friend on her mobile phone she still expected to make what was now an updated five minute connection at Exeter St Davids for her next train.

As I left Honiton on board my slightly late running bus route 4, I noticed the SWR train still on the platform. National Rail was showing it as ‘delayed’ on real time apps. The further single track section west of Honiton meant the 21 minute delay would become 39 minutes as the signaller rightly sought to minimise the contagion and made the train wait a further 18 minutes to allow an ontime London bound train to come through. It eventually left at 1255 and my erstwhile passenger would definitely have missed her connection.

This makes me think if we’ve got money to invest in upgrading tracks and even building new ones, a much greater priority than HS2 is to eliminate these highly restrictive single track sections on what is a busy main line to and from London. There’s an inevitabile consequential knock on for delays from one journey to the next and huge repercussions for many hundreds of passengers and their connections. They haven’t always got a Plan B; sometimes it’s just not possible. Integrated connections are fine in theory for when everything works, but in the real world that isn’t the case.

BusAndTrainUser – journeys around Britain by bus and train It helps to have a Plan B
%d bloggers like this: