It’s as far north as you can go and still be in Britain. Any further and, aside from dodging the Faroe Islands to the west, you’ll be in the Arctic wastelands of Svalbard.

Main administration centre of the 16 inhabited islands, Lerwick, is a tad closer to Oslo to its east than London to the south.

Shetland’s population is a sixth the Isle of Wight in an area three times its size. At 16 people per square kilometre, population density is roughly a third of the most sparsely populated areas of North Yorkshire.

Despite these challenges Shetland Islands Council does a good job of providing bus and ferry services for residents and tourists.  It’s called ZetTrans – a stautory body involving the Council, bus operators, ferry companies and airlines.

The bus network comprises an hour’s ride on a 90 minute frequency northwards to Lerwick on the main spine route from Sumburgh and its airport in the far south. Lerwick with its 7,000 population has an hourly town service and another route runs hourly to nearby Scalloway. 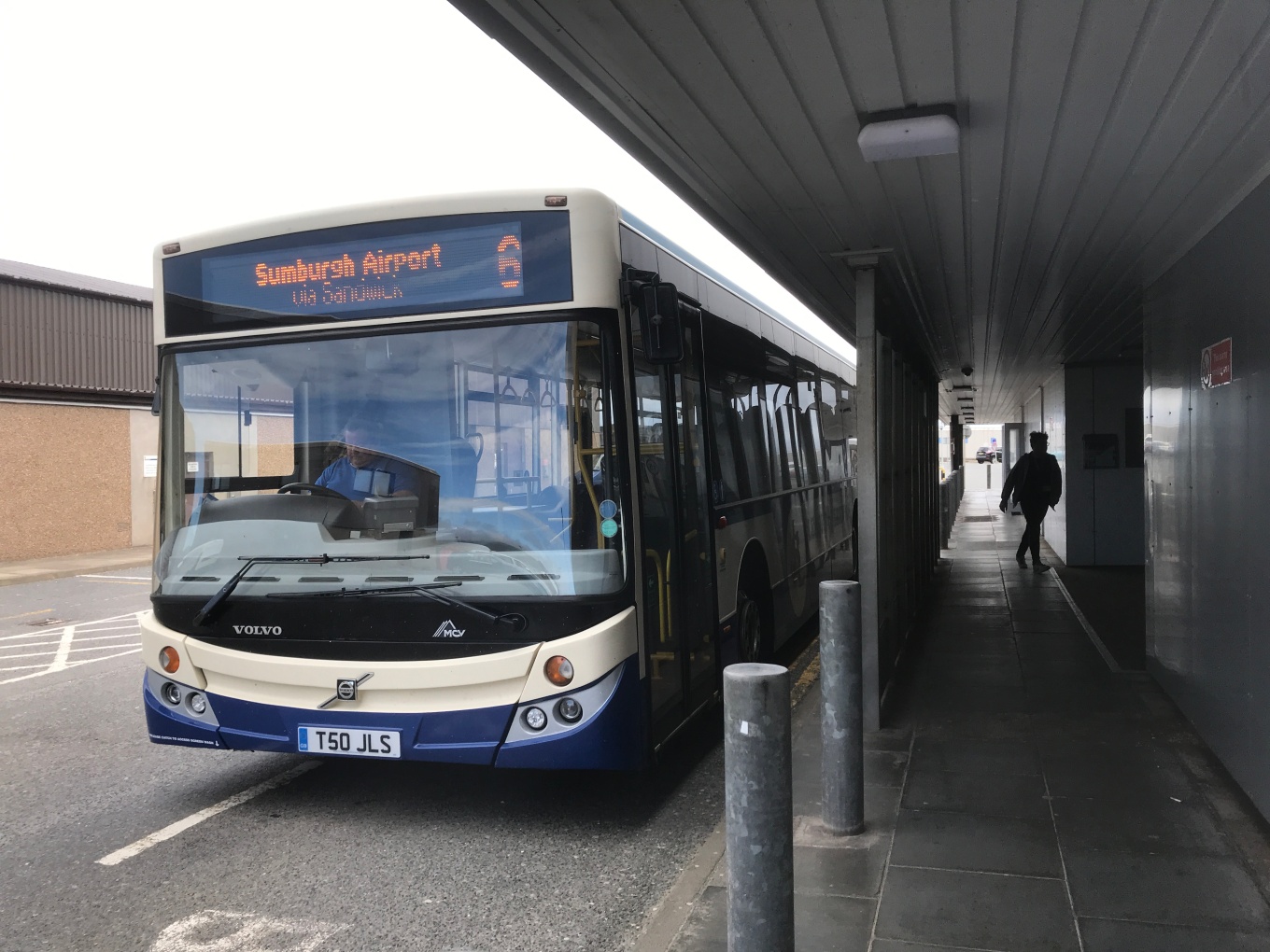 There are less frequent links to Walls and Aith in West Mainland and Brae, Hillswick and Toft in North Mainland.

There are also a myriad of Dial-A-Ride connecting services from isolated hamlets into the aforementioned main routes proving ‘First Mile/Last Mile’ ‘Demand Responsive’ ‘bus-come-taxis’ are NOT new initiatives!

A daily return ‘integrated’ service to Lerwick from the northern most island, Unst, uses the short ferry ride to Yell where a bus connection awaits which continues north to south through Yell and a second ferry to Mainland. Departure from Haroldswick in Unst is 0740, with a Lerwick arrival at 1020 including slick ferry connections. The return journey leaves Lerwick at 1440 arriving Haroldswick 1710. When I travelled south the Unst based 16 seater minibus became scarily completely full with locals off for a day’s shopping in Lerwick and homebound (mainly overseas) holidaymakers with their usual oversized luggage. Luckily the connecting minibus through Yell to Mainland is a 32 seater giving much needed extra room! 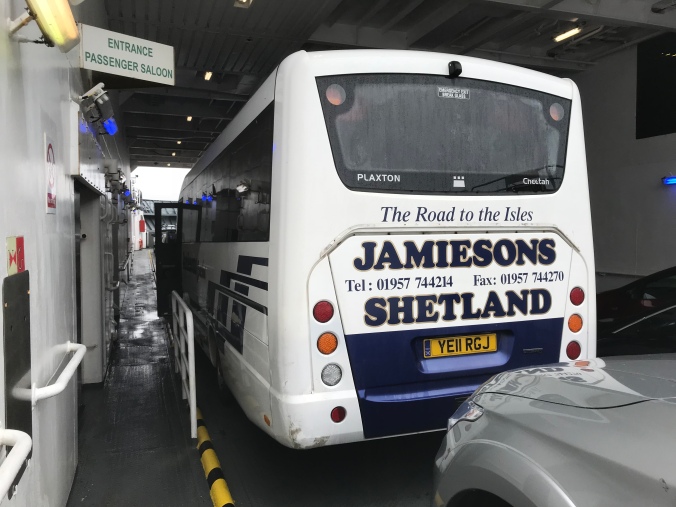 This through journey Unst/Lerwick can be made at two other times during the day but is less slick involving multiple changes using other bus routes and ferry connections.

Fares are subsidised by the Island Council and are very reasonable particularly if using their smartcard which acts as an electronic purse and is available from all bus drivers on Mainland and Yell based routes (but not Unst). The smartcard gives a 20% discount compared to paying with cash. So, for example, Sumburgh-Lerwick is £2.90 cash and £2.30 with smartcard purse – not bad for a 25 mile, 1 hour bus ride.

Buses are average in standard and vary from traditional single decks to luxury tourist-type minibuses to bog standard 16 seat minibuses. There are four or five bus operators on the islands, all of which also run coach fleets. 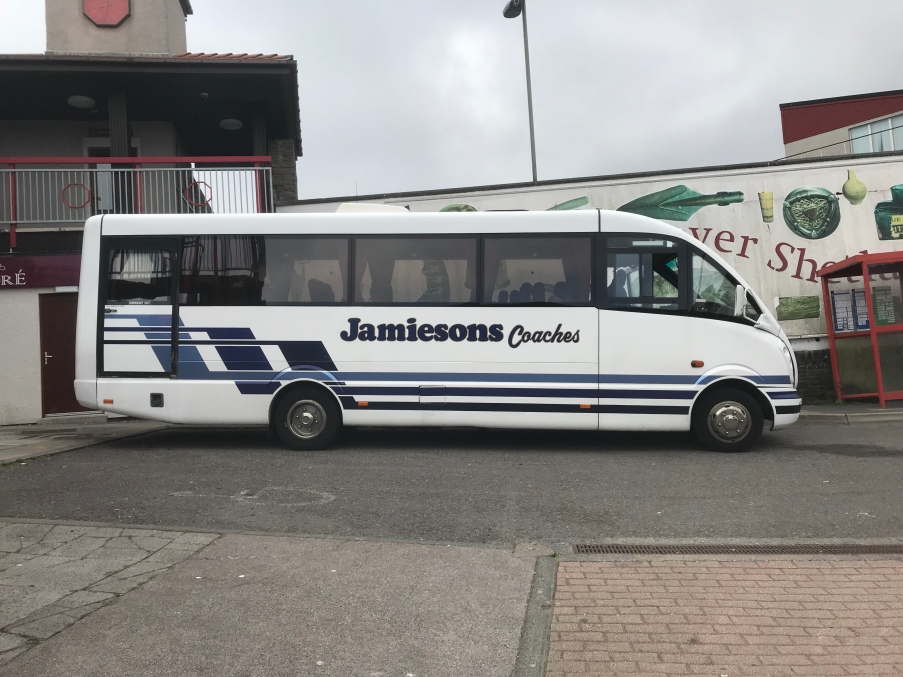 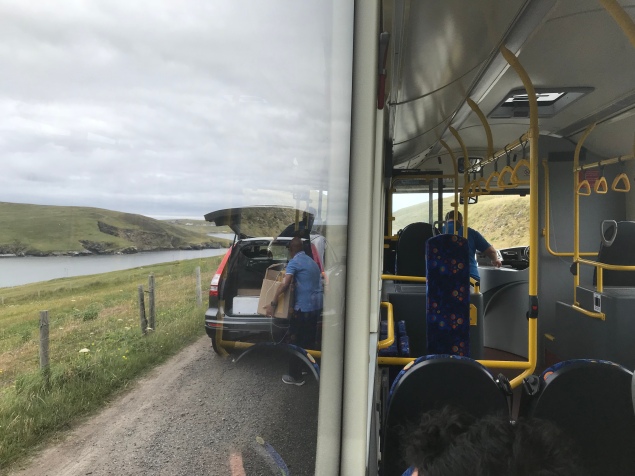 There’s an infamous bus shelter featured online in Ghetty images of allegedly the most northerly bus shelter on Unst which has something of a cult following with its quirky decorations. There’s even a well signed Visitors Book inside. When I visited this week the theme was a random combination of suffragettes and Star Trek. 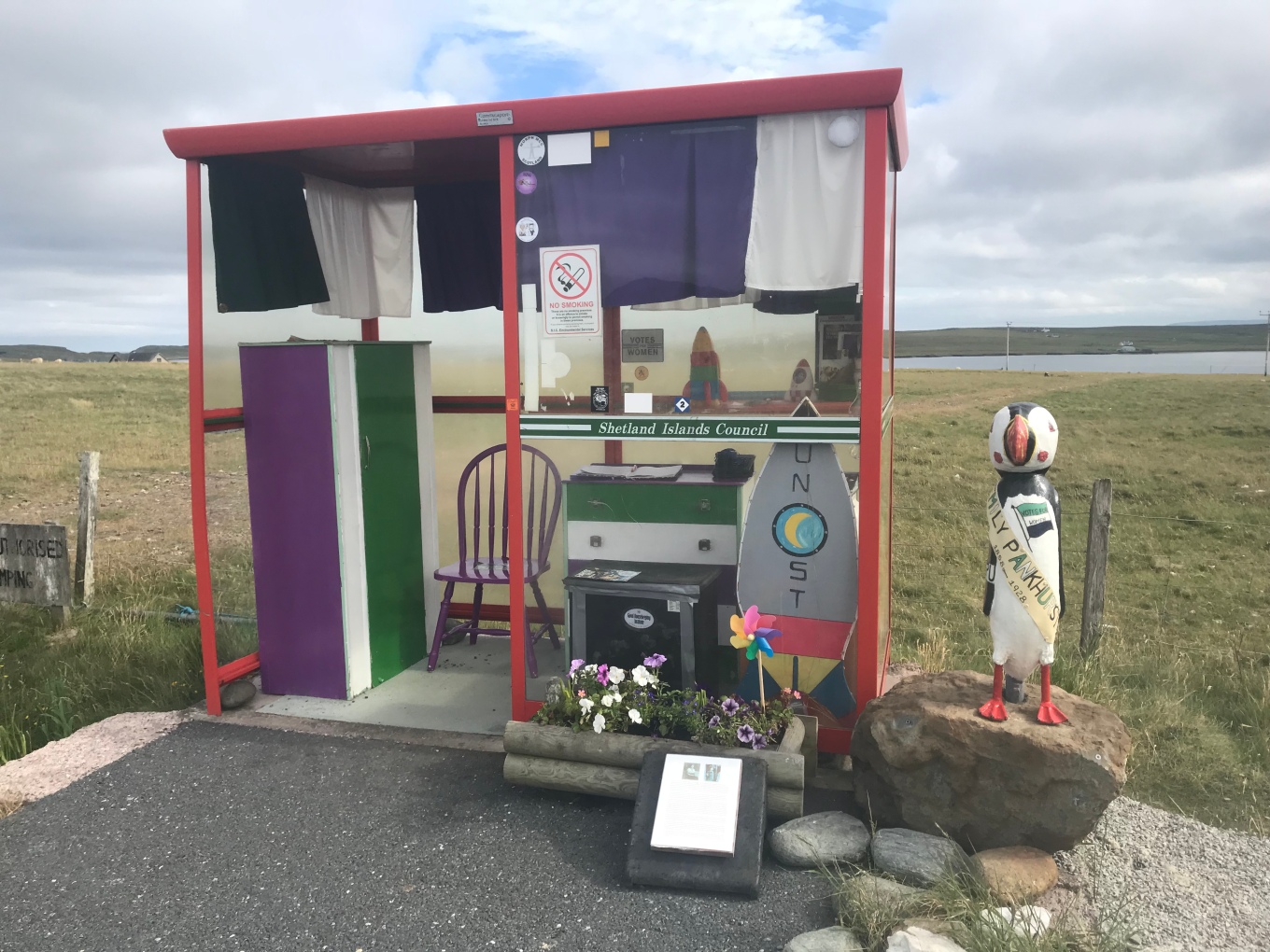 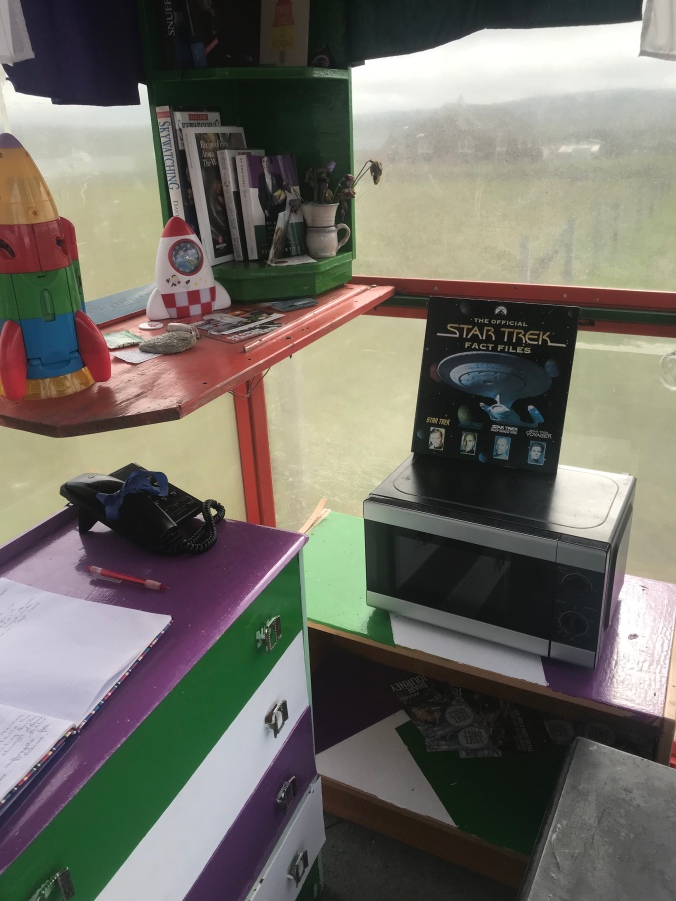 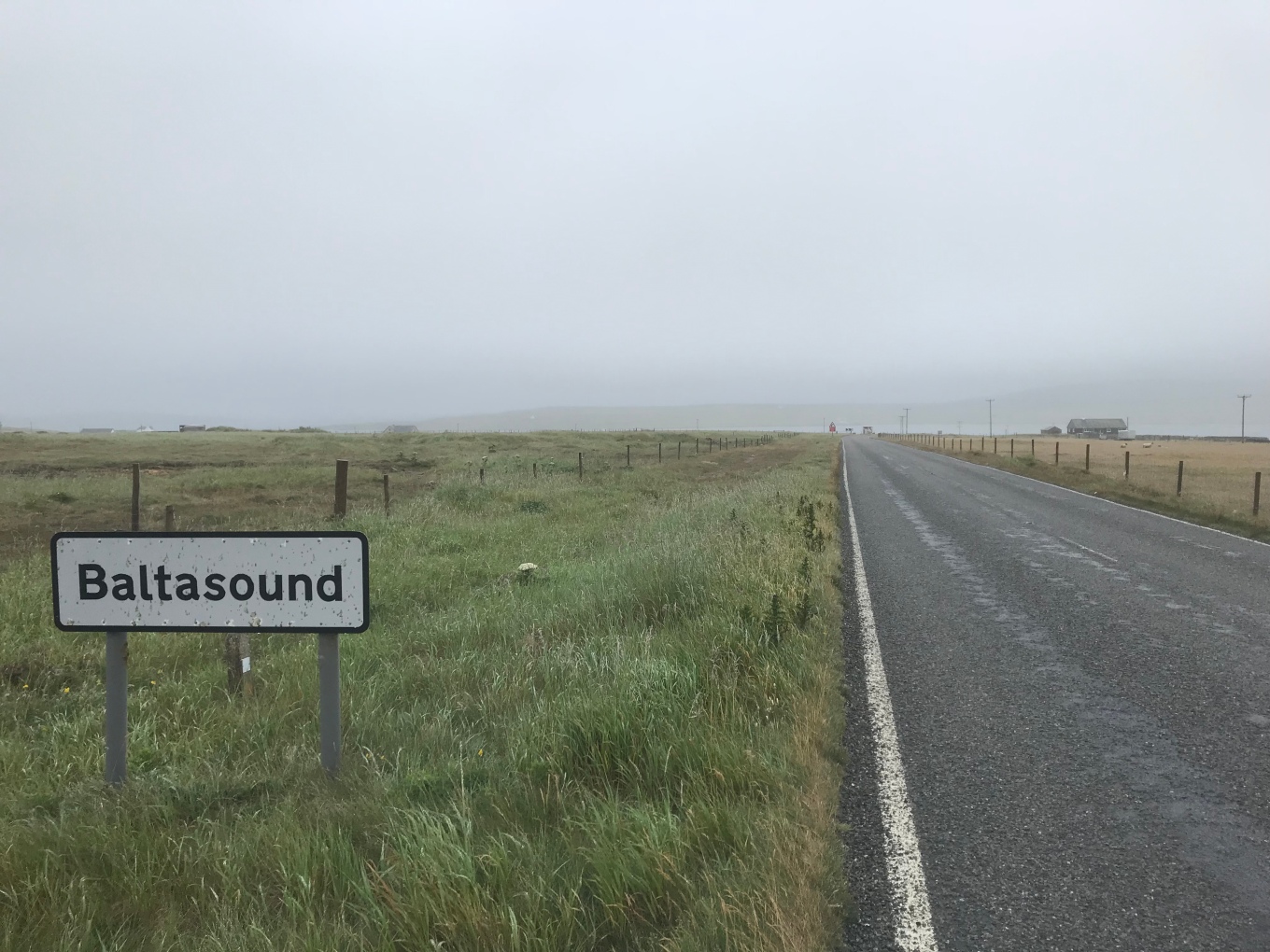 And I need to confirm it’s not the most northerly bus shelter. Isolated yes, but actually it’s third in Britain’s Most Northern Bus Shelter stakes. As I found out when I took the bus beyond Baltasound (where it’s located) to Haroldswick (second place) and the small hamlet of Valsgarth (by Saxavord) which truly is as far north as you can go by bus in the British Isles.

There’s a desperate need for a network bus route map, particularly for visitors; much greater availability of printed timetable leaflets; as well as improved presentation of timetables online.

Timetables displayed at bus stops in colour coded route groups are fairly clear to follow and these are replicated in leaflets but online they’re in pdf format from the leaflets so covers are displayed unrotated at right angles and there are difficult to navigate click throughs to find the route you need.

I managed to track down a set of photocopied timetable leaflets in Lerwick’s Tourist Centre but these were literally hidden under the counter and on asking I was in turn asked ‘which one I wanted’! ‘All of them please’.

I spotted ferry timetables on display and it’s a great shame bus timetables are hidden away (an all too common occurrence all over Britain – save for the usual exemplars!).

At Sumburgh airport there was ironically one copy of Orkney’s excellent comprehensive public transport booklet on display but nothing for Shetland save for a small notice listing bus departures on the unmanned information counter. Sadly no timetables for route 6 were posted outside by the bus stop. 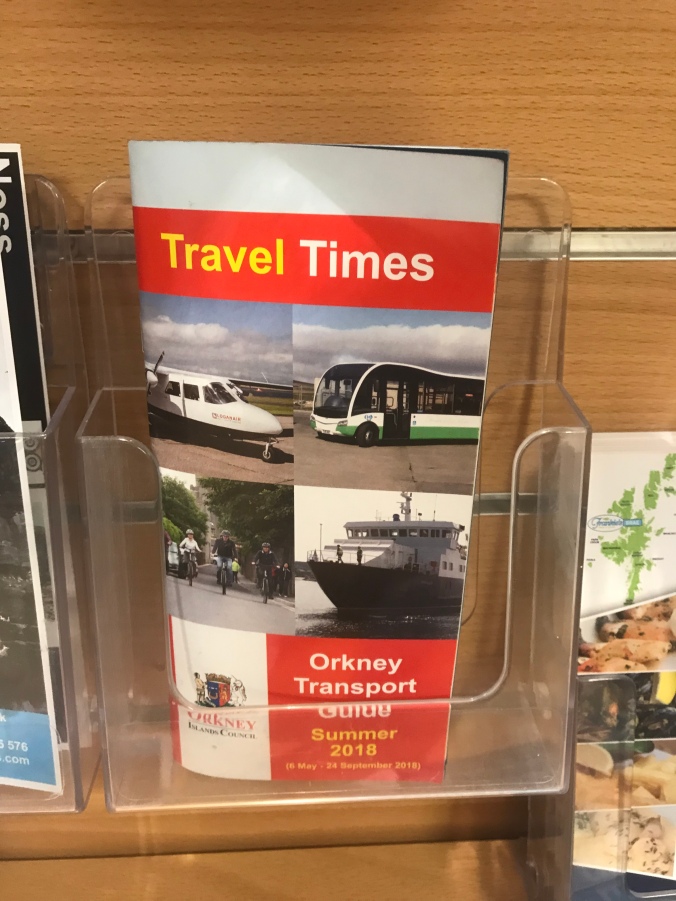 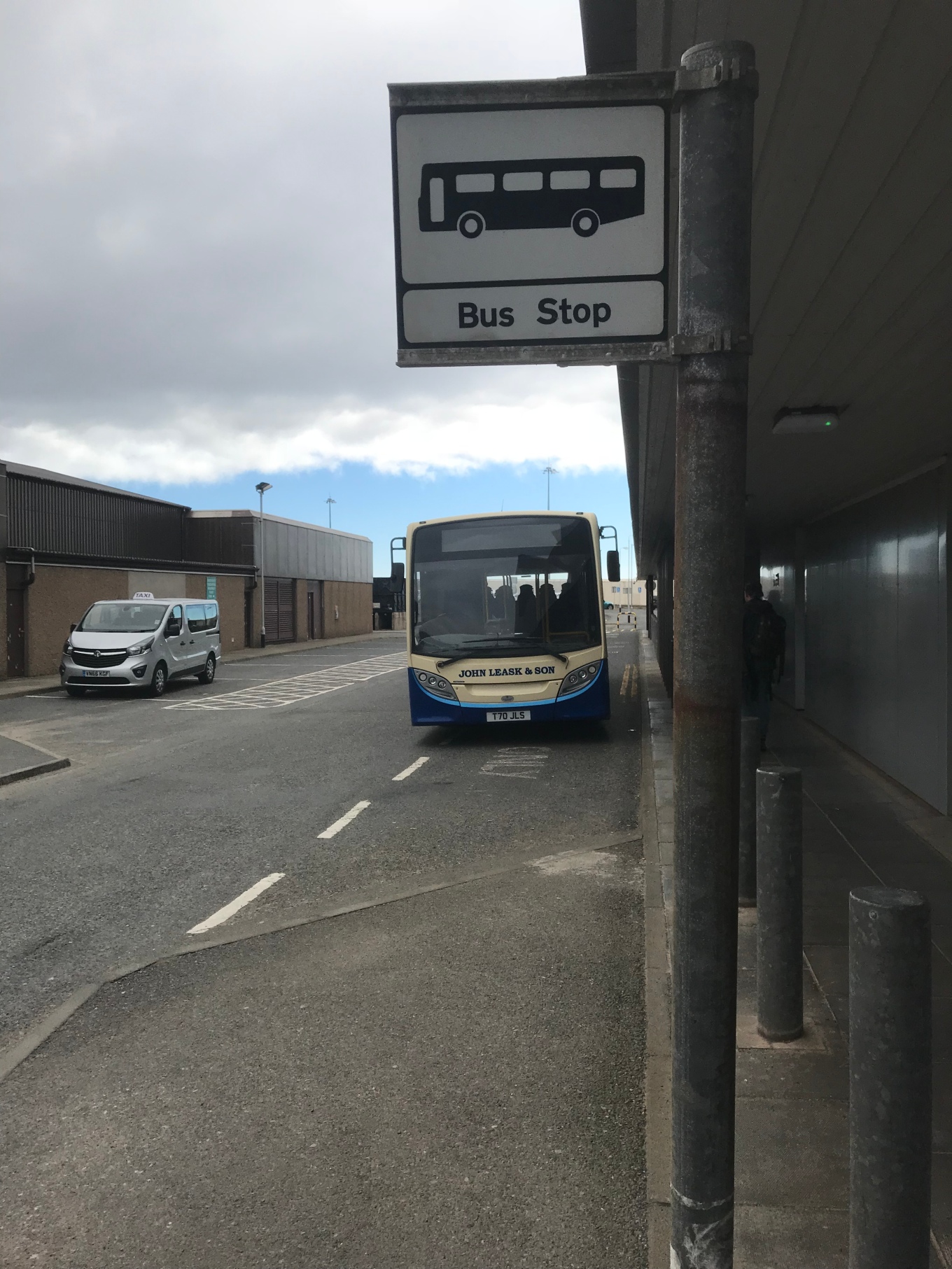 The smartcard electronic purse sounds swish and is a step up on London’s infamous and renowned Oyster in that it’s available from drivers and there’s no upfront deposit to pay. But for visitors it’s a bit disappointing to find the minimum top up is £10 so unless your fares come to a multiple of £10 you’re going to be left with wasted cash on the card when you go home.

I was also surprised there’s no day ticket on Shetland having to pay for each bus ride as a single journey even on the ‘Integrated Service’ between Lerwick and Unst with its two bus legs. Still at least the ferries were included in the bus fare.

In summary an impressive set up in a sparsely populated area with surprisingly well used buses and ferries but I think much more could be done to make it easier and more attractive for visitors to travel around what is a fantastically scenic archipelago. Indeed, Britain’s best.