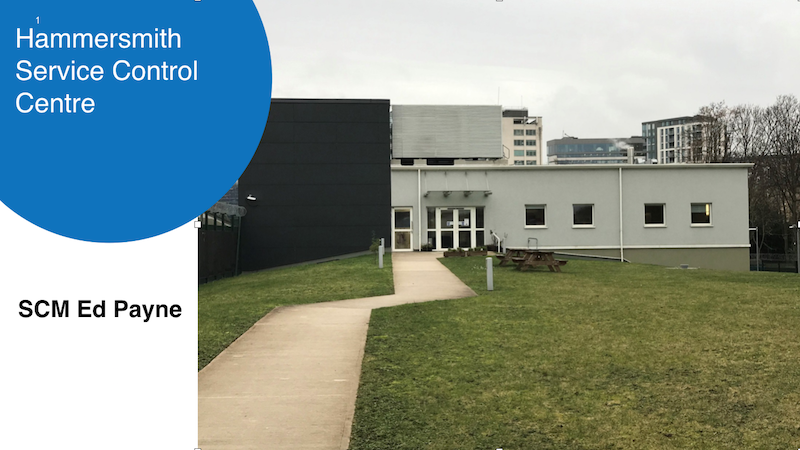 One of the benefits of being a member of the Chartered Institute of Transport is being able to attend its extensive programme of fascinating meetings and organised visits. One of these took place this afternoon to London Underground’s relatively new control centre in Hammersmith overseeing the four ‘sub-surface’ lines (Metropolitan, District, Hammersmith & City and Circle).

It’s an impressive set up and well deserving of the oft used phrase “state-of-the-art” infrastructure. Hidden away in a well protected building near Hammersmith Underground Station, with tight security to enter (and leave) as befits the essential nature of the equipment located inside.

The Centre’s sophisticated computers control the whole ‘sub surface’ tube network, so if they became disabled all trains would simply come to a complete halt. Not surprisingly there are three different power supplies and back up arrangements aplenty into the building.

Around 170 staff are based in the Control Centre providing round the clock coverage encompassing engineering and line management control as well as incident management for the four line network. There are also signallers overseeing the section of track which has so far migrated over to CBTC (Communications Based Train Control) rather than using conventional trackside signals.

This currently comprises the line from Hammersmith via Ladbroke Grove, Paddington and Edgware Road as far as Euston Square including the short spur to the District/Circle line platforms at Paddington and the Metropolitan line from Baker Street as far as north as Finchley Road.

It would be fair to say it’s been a rocky road to implementing what became known as the 4LM project – Four (Sub Surface) Lines Modernisation – with contractors having to be changed during the project’s early years and timescales significantly extended.

When you visit the set up in Hammersmith you realise just how complicated it is to introduce automated train running on such a complex railway with flat junctions in critical places and four different lines running intensive frequencies dovetailing into each other on common sections as well as interfaces with the Piccadilly Line (Uxbridge), Chiltern Railways (north of Harrow) and Network Rail (Wimbledon branch).

It’s a wonder the first two phases have been successfully introduced but they are now up and running and during this afternoon’s visit we saw all trains in the CBTC section as icons on line diagrams on giant screens running automatically with drivers just opening and closing doors and pressing the start button. Drivers do have the option of what’s called ‘Protected Manual’ driving but very few now do this as there’s total faith in the system and it’s much easier for drivers.

The system intelligently determines dwell times at each station in real time often varied according to calculations of potential conflicts at junctions lying ahead. It also controls the acceleration and braking of each train to optimise the schedule and headway. 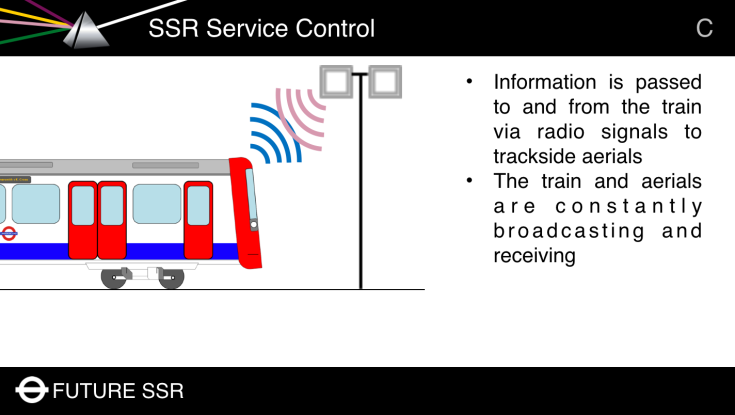 Our hosts explained how the system works but it was a little too technical for a layman like me; suffice to say it knows precisely where each train is at any time and to within 6cms at critical locations. 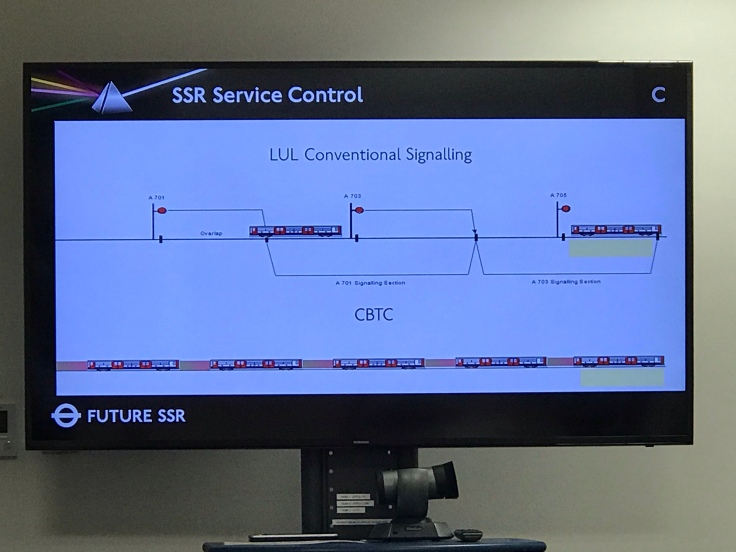 CBTC means network capacity can increase with more trains running. On the busy Baker Street to Aldgate section this could see the frequency increasing to 34 trains per hour once it’s fully in place.

Line controllers based in the Hammersmith Control Centre are highly skilled. We heard there’s currently a shortage of staff against establishment as all controllers across the whole Underground network are paid the same grade no matter how simple or complex their jurisdiction. An added complication on the Metropolitan line is that on the section south of Harrow controllers are managing trains on a ‘headway’ basis but north of Harrow it’s very much a fixed timetable railway.

There aren’t many options for managing irregular running but Moorgate is often used to turn trains short of Aldgate albeit eastbound terminating trains have to pass across the path of westbound trains to do so. We heard reasons why Moorgate can also be used to turn Circle and H&C trains too, usually because of getting drivers back to time for duty reliefs. But there’s a shortage of places where trains can be stabled in the event of severe disruption. For example, if the Metropolitan line is out of action north of Baker Street due to an incident, in extreme cases, we were told fourteen trains can be parked out of service nose to tail between Baker Street and Finchley Road! Longer term, once Crossrail works are complete (!) there will be some sidings available on the former “widened lines” between Farringdon and Barbican which will be handy.

The Control Centre has a large simulation room (where these photographs were taken) for training and scenario planning and these work stations are replicated in the live situation in the huge control room itself where photography is not allowed. But trust me, it’s big, very big, with plenty of work stations all around a large cavernous room with a very high ceiling. 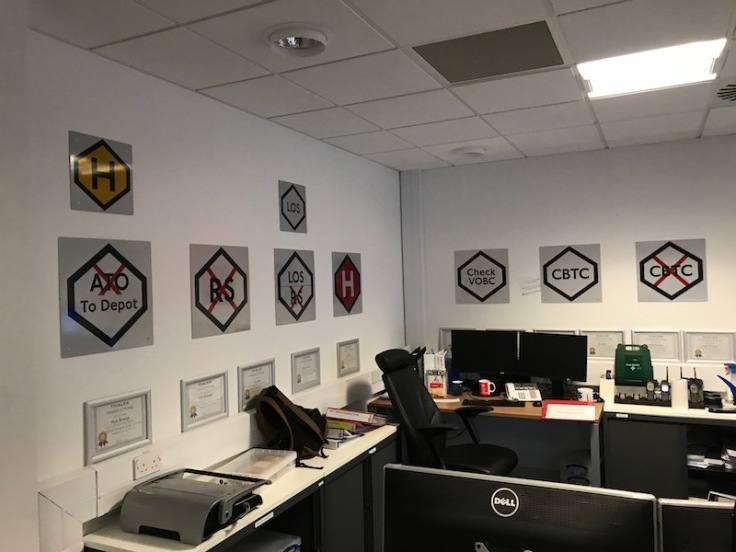 The camaraderie of the staff working was impressive to see as was their obvious vast knowledge, skills and professionalism. Everything was running smoothly during our visit, so with an automated railway, there’s not a lot for control staff to do; but the moment something goes wrong they’re on to it immediately. This morning, for example, the track out of Neasden depot was blocked by a broken down Jubilee line train and it was all hands to the control pump to sort the ensuing chaos out.

I came away confident we’re in good hands when travelling on the four ‘sub surface’ lines, that’s for sure.

Since posting my thoughts yesterday on Stagecoach’s rebrand I had a browse through my photograph collection gathered during travels over the last few years and it makes me wonder whether those at the top of what has been a hugely successful plc Transport Group really do know what they’re doing by eliminating some of the country’s most iconic and beautiful bus route branding for the sake of a mediocre bland national alternative.

Take the wonderful 555 bus route through the Lake District. What a beautiful bus livery which really sells the service and clearly shows where it goes. Why on earth would you want to do away with this in favour of …. what…. a yellow almost school bus inspired colour to denote it being a ‘longer’ service. I dread to think how dowdy that will look. 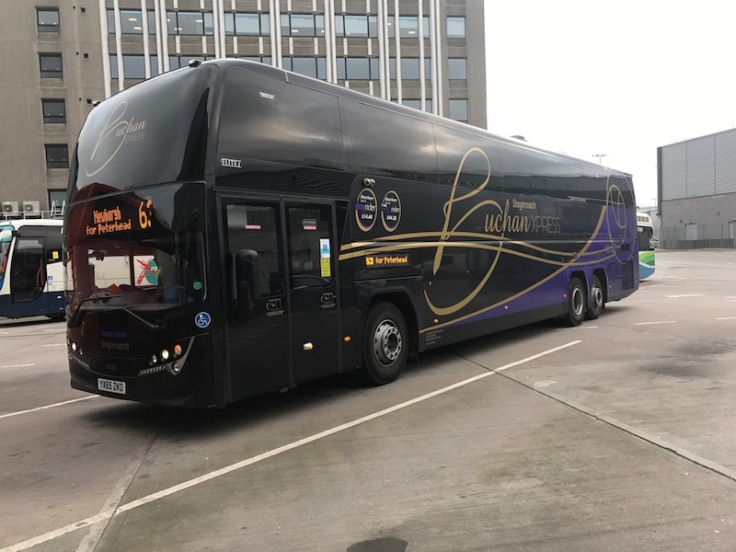 Or in the far north east of Scotland is the wonderful classy ‘Buchan XPRESS’ linking Aberdeen and Peterhead. It really is one of the most impressive liveries to attract you on board for this longer service journey. All over yellow? I don’t think so. 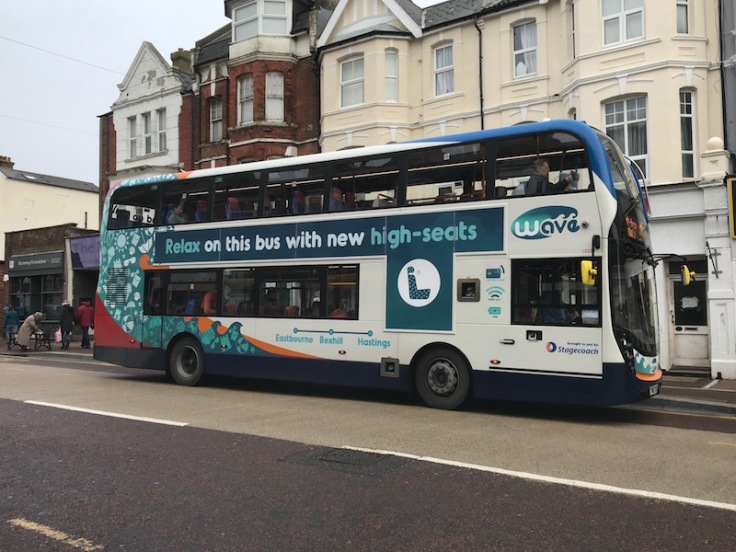 Along the south coast (and similarly in many other coastal areas served by Stagecoach) is a simple livery branded as ‘Wave’ – presumably classified as a ‘local’ service for the future even though some ‘Waves’ cover many miles along the coast.

Will the Jetlink 727 be regarded as a ‘specialist’ service in the new regime? Yet it carries many passengers making local journeys out of Aberdeen.

As does the bus route serving Inverness Airport. 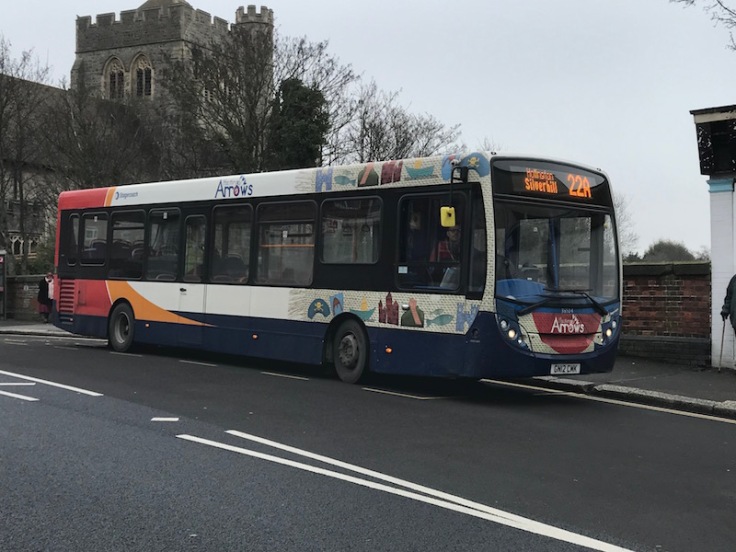 Why are these confusing?

And surely senior Stagecoach Directors are not going to dispense with this wonderful livery …. 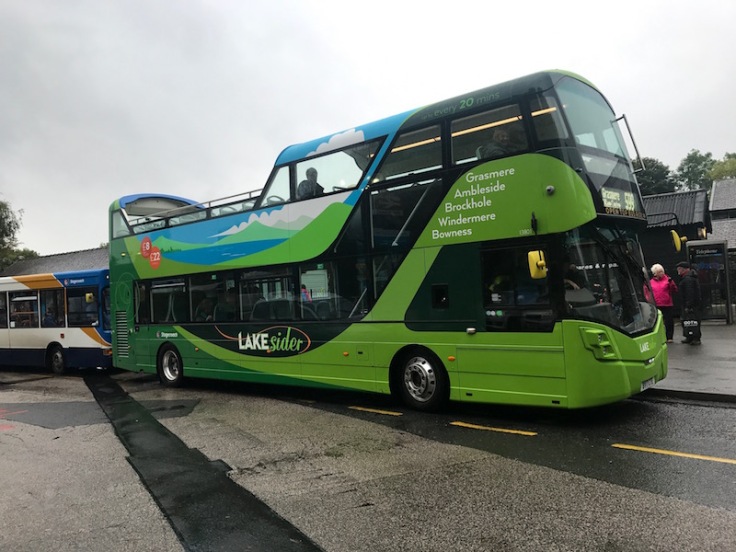 If so, they’ve taken leave of their senses.