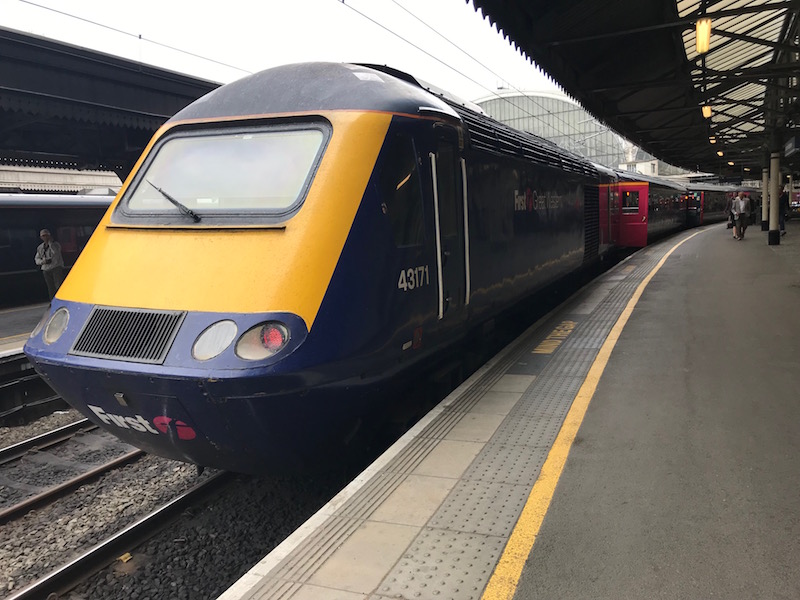 Today’s a poignant day on the Great Western. The much loved HST trains are running their last journeys across the network to and from London as new Hitachi IET Class 800 and 802 trains now reign supreme.

Whereas last week’s LNER Azuma launch was met with much excitement for the future, somehow GWR’s similar trains haven’t made the same impact since they first appeared in late 2017.

As I write this blogpost on board the very last HST which left Penzance for Paddington at 0650 this morning, many overheard comments are “it’s all very sad”, “end of an era”, “going to really miss them” and “have you signed the online petition to bring back the buffet; the Azuma has got one”. 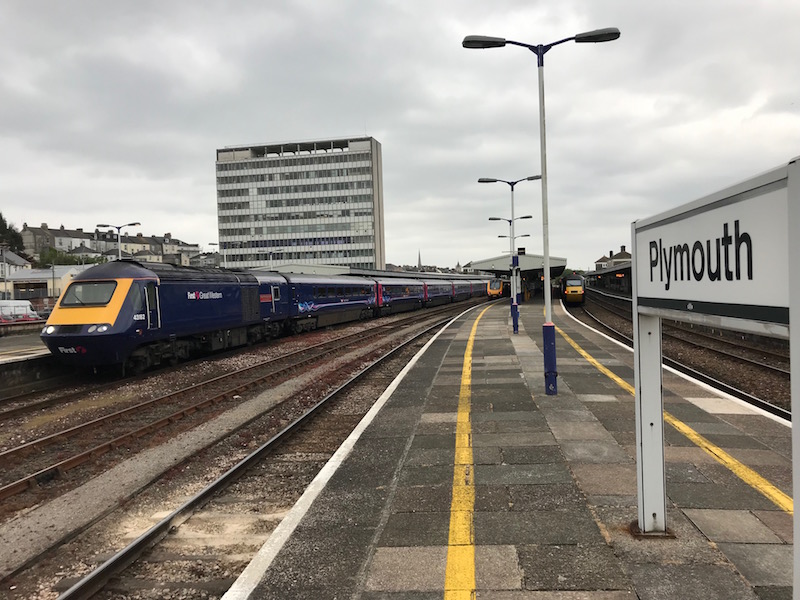 It’s been forty years down here on the West Country line to Penzance so for a whole generation of Millennials HSTs are all they’ve known so nostalgic regrets are understandable. All the more so as the ambiance of the new Hitachi trains is more Championship than Premier League in First Class. 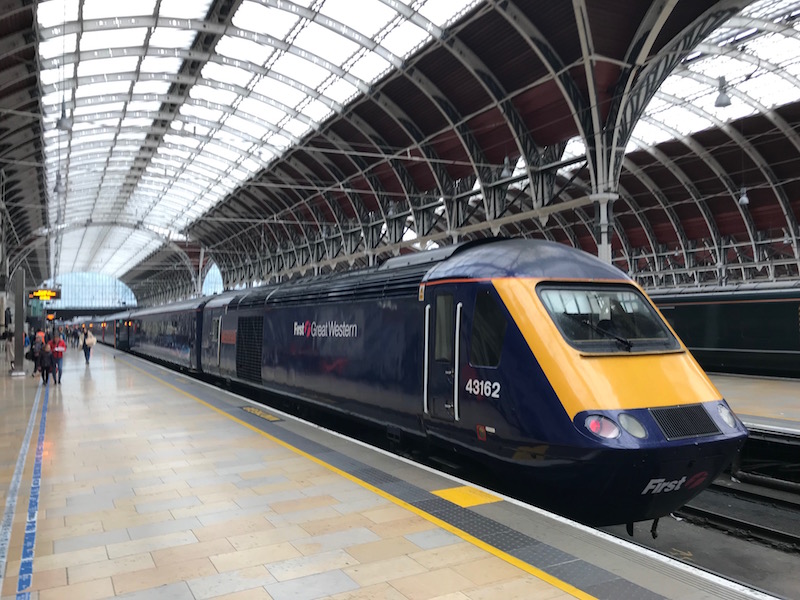 To bid my fond farewells I treated myself to the very last ever HST Pullman lunchtime dining experience on yesterday’s 1303 Paddington to Plymouth.

Although this splendid tradition is continuing on the IET it just won’t be the same as sitting in a sumptuous leather seat in what feels like an exclusive top class restaurant with just 17 covers and five attentive staff. 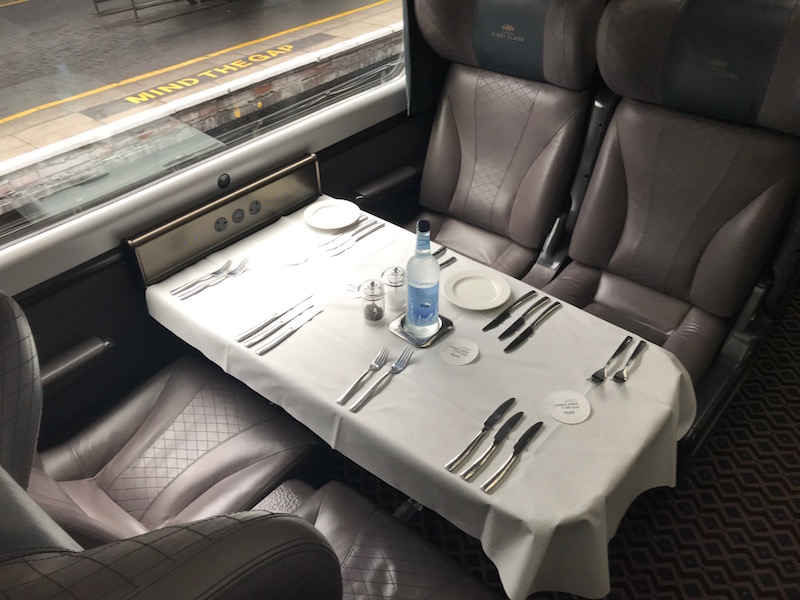 It took well over an hour for my veggie main course to appear but it didn’t matter at all as there was lots to see out of the window as the journey continued westwards and with such a small kitchen it would be impossible to serve an awkward diner like me avoiding alcohol, skipping the first course and out of sync with the flow of other diners. And it was certainly worth the wait. 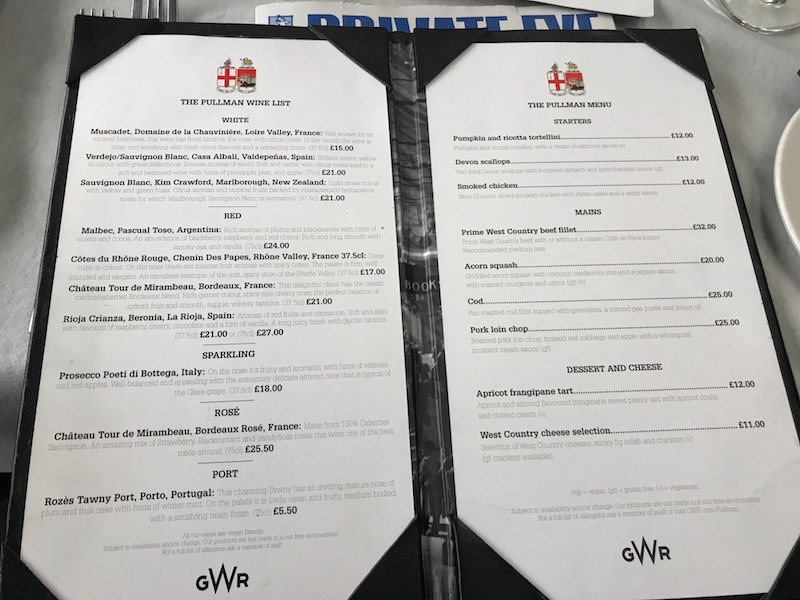 The Acorn Squash was absolutely delicious and came with complimentary bottled spring water and bread rolls; and of course it’s all served silver service style with decent crockery, cutlery and napkins.

I was so impressed I had to seek out the chef to pass on my thanks and in so doing was aghast to see the limited facilities from which she produced around two dozen amazing three course meals over the previous two hours. A quite remarkable achievement. 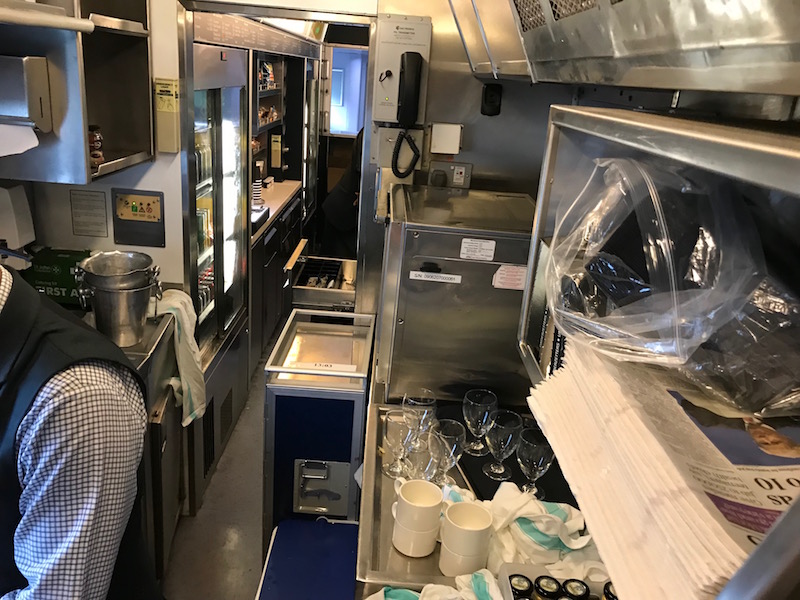 From Plymouth, after an hour’s break, I continued down to Penzance on a nine coach IET Class 802.

This journey, the 1403 from Paddington, had originally been scheduled for an HST but was swapped for the new replacement and provided an interesting contrast. It was my first journey through Cornwall on an IET and in fact my first journey on a GWR nine coach version having previously only enjoyed trips on the five coach trains (and doubled up as ten coach) to Bristol and South Wales.

The internal layout unsurprisingly is very similar to the Azumas and the same comments apply to luggage storage and seats as I made in yesterday’s blog.

I did get a peek inside the ‘end of carriage’ large lockable luggage and cycle stores which I’m sure are going to be kept very busy.

Aside from Menheniot the 1725 journey from Plymouth is an all stations stopper right through Cornwall and it was interesting to hear the auto announcements programmed to emphasise which doors will or will not open bespoke to each coach at short platform stations (something the HSTs weren’t able to do) supplemented by the Train Manager’s announcements.

Another noteworthy improvement is the train no longer being delayed while the Train Manager or station staff have to walk up and down the platform manually shutting all the carriage doors which together with the much improved acceleration away from stations meant we were well able to keep to time as we journeyed through Cornwall; something I’d not often experienced before.

Indeed, we arrived in Penzance a minute early.

And so to my last HST journey from Penzance all the way through to Paddington at 0650 this morning. Lots of cameras; lots of waving; smiles and sighs and many memories shared. 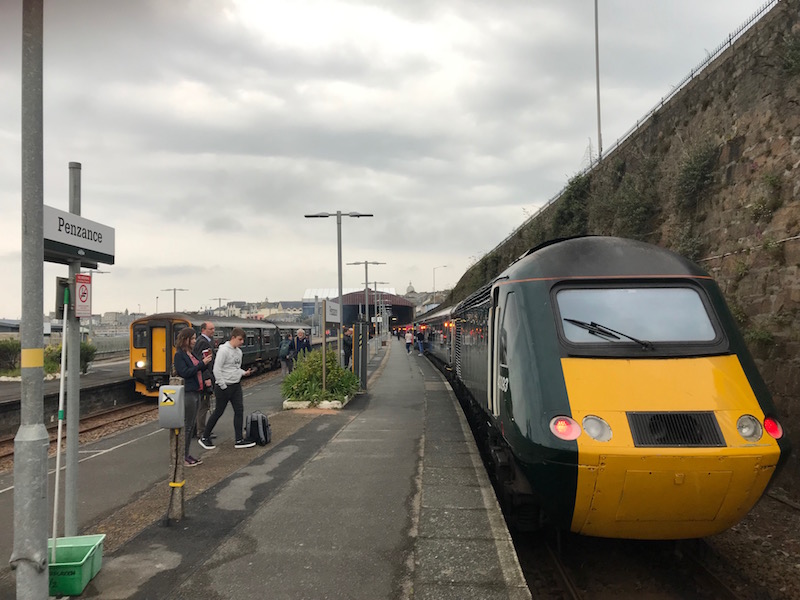 I’ll miss the clunk clicking as an HST pulls away from stations; the sound of those doors being slammed shut; the door windows which can be opened and shut; the draught howling back into the carriage because someone’s pointing a camera out of the open window; the late running in Cornwall (we arrived in Plymouth around ten minutes down) …. the happy ambiance of it all.

It’s a shame progress means we seem to be losing an air of quality as new trains come on stream but the good news is it’s largely being driven by the need to increase seating capacity because trains are becoming more and more popular. More seats per carriage is an inevitable consequence on long distance journeys as well as commuter trains.

I was never a fan of the high backed seats First Great Western crammed into an unfriendly layout in Standard Class in their HSTs a few years ago (which continue in the shortened 4 coach ‘Castle’ sets in the West Country and round to Cardiff pictured below) and much prefer the new IETs albeit with their less comfortable seats.

But the days of luxury in First Class sadly now seem to be passing into a bygone era as twenty percent more seats are added per carriage. But I’m sure people said the same when steam was replaced with diesel and in the years to come we’ll get to love the IETs and Azumas for their modern approach to train travel. 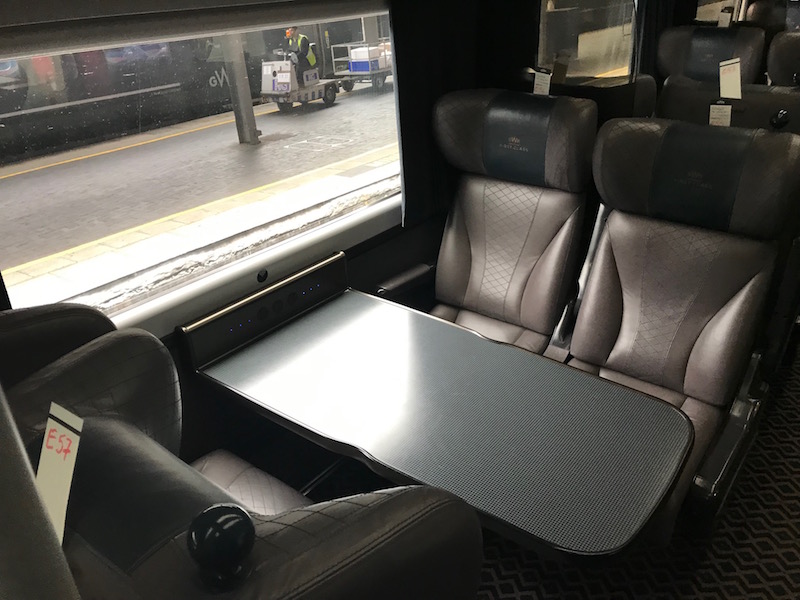 Back on the last HST journey this morning from Penzance we lost a bit more time due to slow running through Starcross arriving Exeter St Davids 15 minutes late. Through Tiverton Parkway and Taunton we got extremely busy and there were the usual issues over passengers with seat reservations assuming an IET layout and naturally couldn’t find their expected seats (no First Class coach E on an HST).

More positively we were twelve minutes late into Westbury at 1112 instead of 1100 which would have meant passengers just missing the connection for the Southampton train due to leave at 1111. A shout out to GWR’s Swindon Control who held the Southampton train for a few minutes until our arrival allowing passengers to make the connection – something you perceive rarely happens these days.

We continued to be around twelve minutes down towards London, picking up a large contingent of passengers at Reading (standing room only from there) and where we passed an equally large number of photographers recording this historic last day of HSTs which have been synonymous for so many years with that town. (I well remember taking my first HST ride when at Reading University in 1974/5).

It’s now 1227 and we’ve just arrived into Paddington after a splendid five hour and 37 minute journey which I’ll also well remember … perhaps not for as long as 45 years this time, that would be pushing life expectancy too far, but hopefully for many years to come.

Farewell HST and thanks.