Hats off to Transdev Blazefield owned Harrogate Bus Company for getting their brand new fleet of electric buses for the town’s network of local bus routes on to the road and into service. 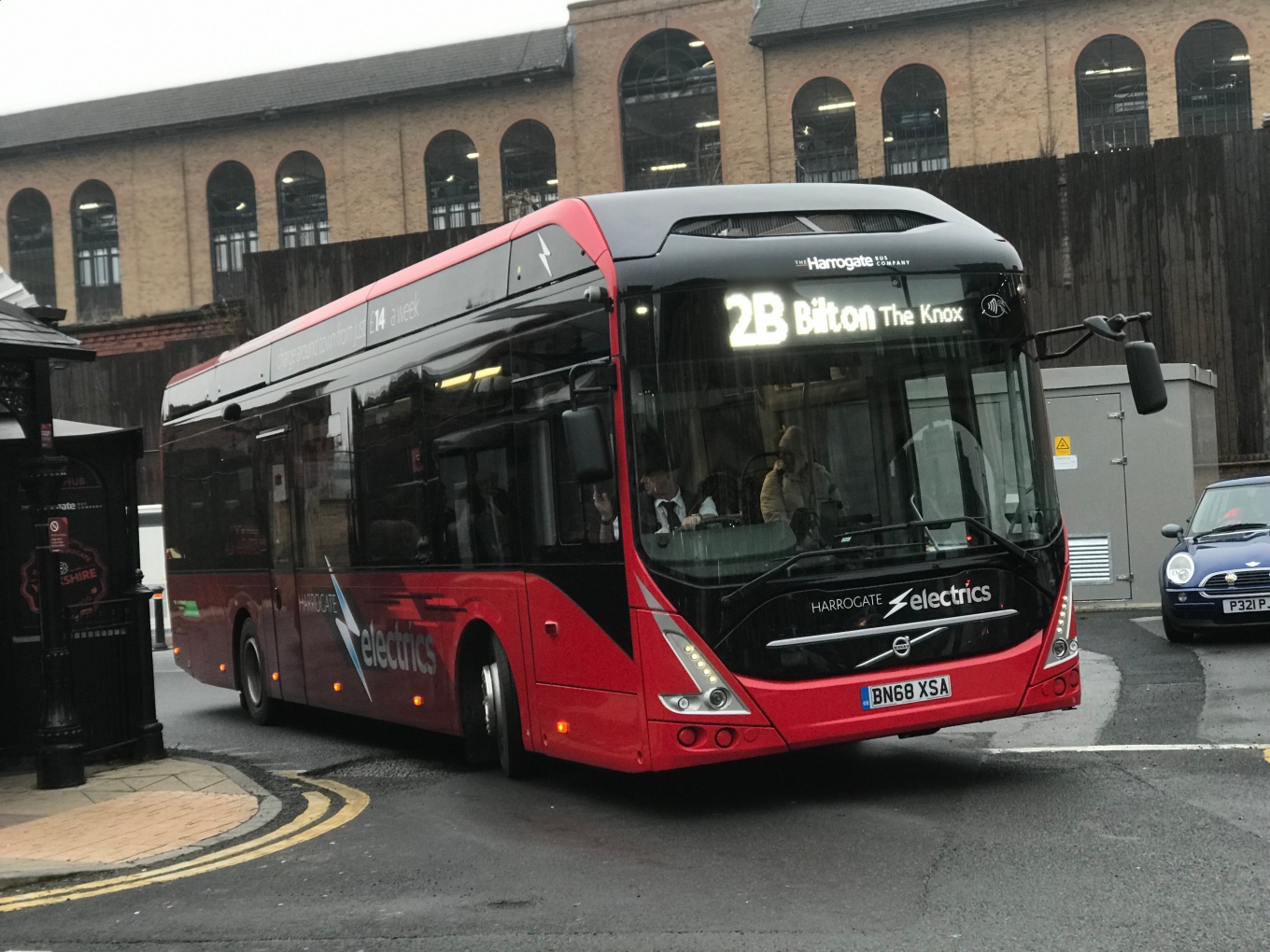 Unlike London’s all electric Waterloo garage where buses only charge up back at base, this scheme introduces ‘opportunity charging’ while buses layover in the bus station in between trips to keep the batteries topped up.

Stagecoach have electric buses which charge up in Inverness bus station (but it takes forever) while Arriva introduced ‘charging plates’ in the road at the termini for a route in Buckinghamshire, with TfL introducing a similar scheme in north east London for a handful of buses, but this is the first time opportunity charging has been introduced in such a big way and via overhead prongs. 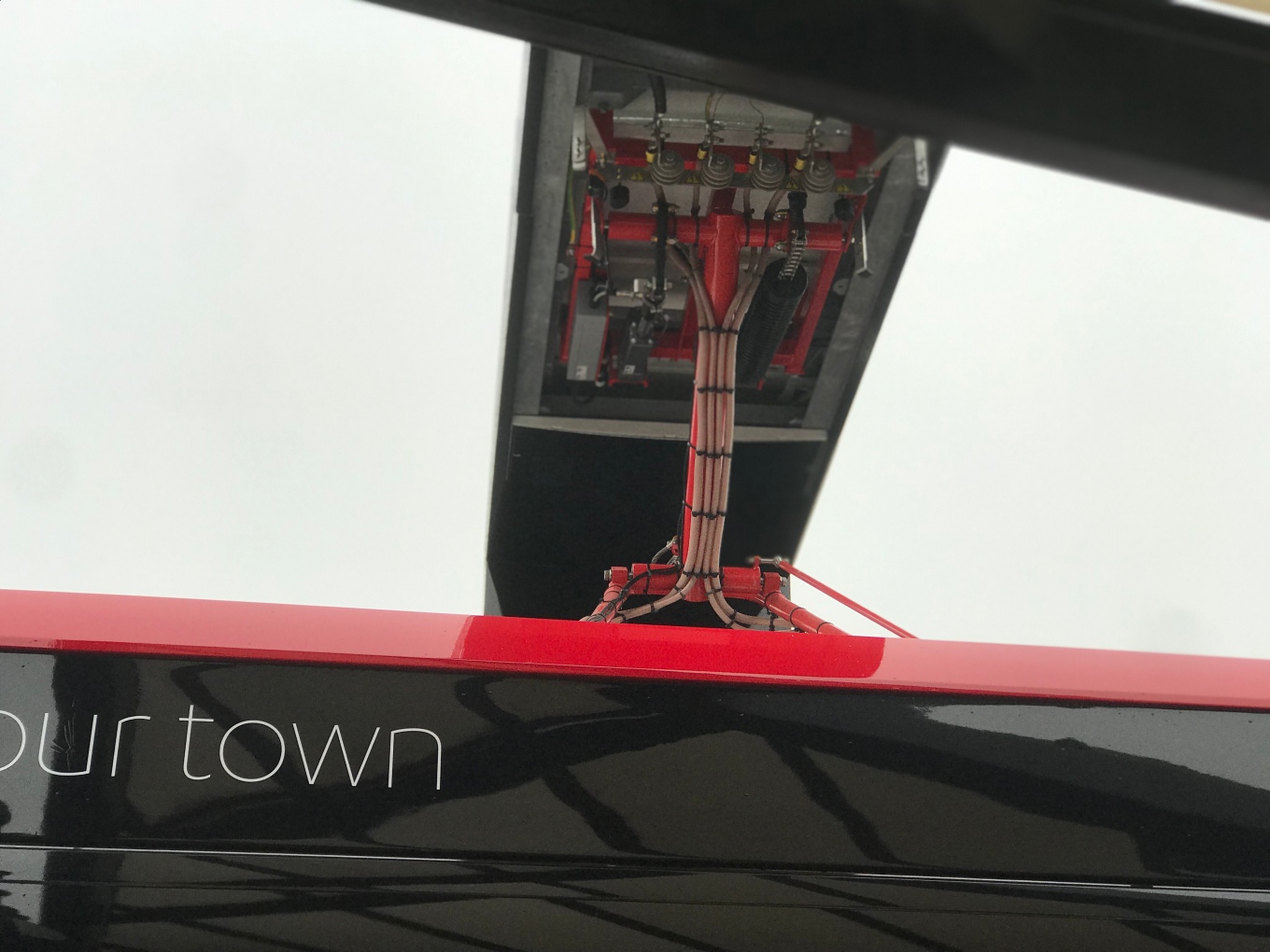 As well as Harrogate bus station infrastructure has also been installed for the buses at the nearby Starbeck bus garage for overnight charging in a more conventional way.

Ambitious innovative schemes such as this one in Harrogate are never straightforward to introduce so full credit to Alex Hornby and his team for their commitment and hard work to make sure the inevitable frustrations are overcome.

I remember the trials and tribulations with the power company in Brighton to get even one roadside real time information sign connected up to a power supply so I can imagine the challenges involved in wiring up three large charging points in Harrogate bus station.

Indeed, there are still delays in commissioning the electric substation at the bus station so the bus manufacturer Volvo has loaned the large diesel generator which was previously used on the one bus trial earlier this year at Greenhithe in Kent.

This hums away as it does it’s stuff and is not as efficient as a proper mains substation, taking longer to recharge each time, nor obviously is it as environmentally friendly. But at least it’s enabled the scheme to get going rather than returning buses to the Starbeck garage for recharging during the day.

Operators with gas buses have faced similar infrastructure delays and frustrations but once sorted (I’m told the substation will soon be operational) it really will be the business and the whole project is very impressive.

The Volvo buses themselves have a real wow factor. You can’t fail to notice their quietness, impressive acceleration and smooth ride. It’s obvious much thought has gone into the interior design and layout to create a pleasant travelling environment to match the environmental credentials of the propulsion. 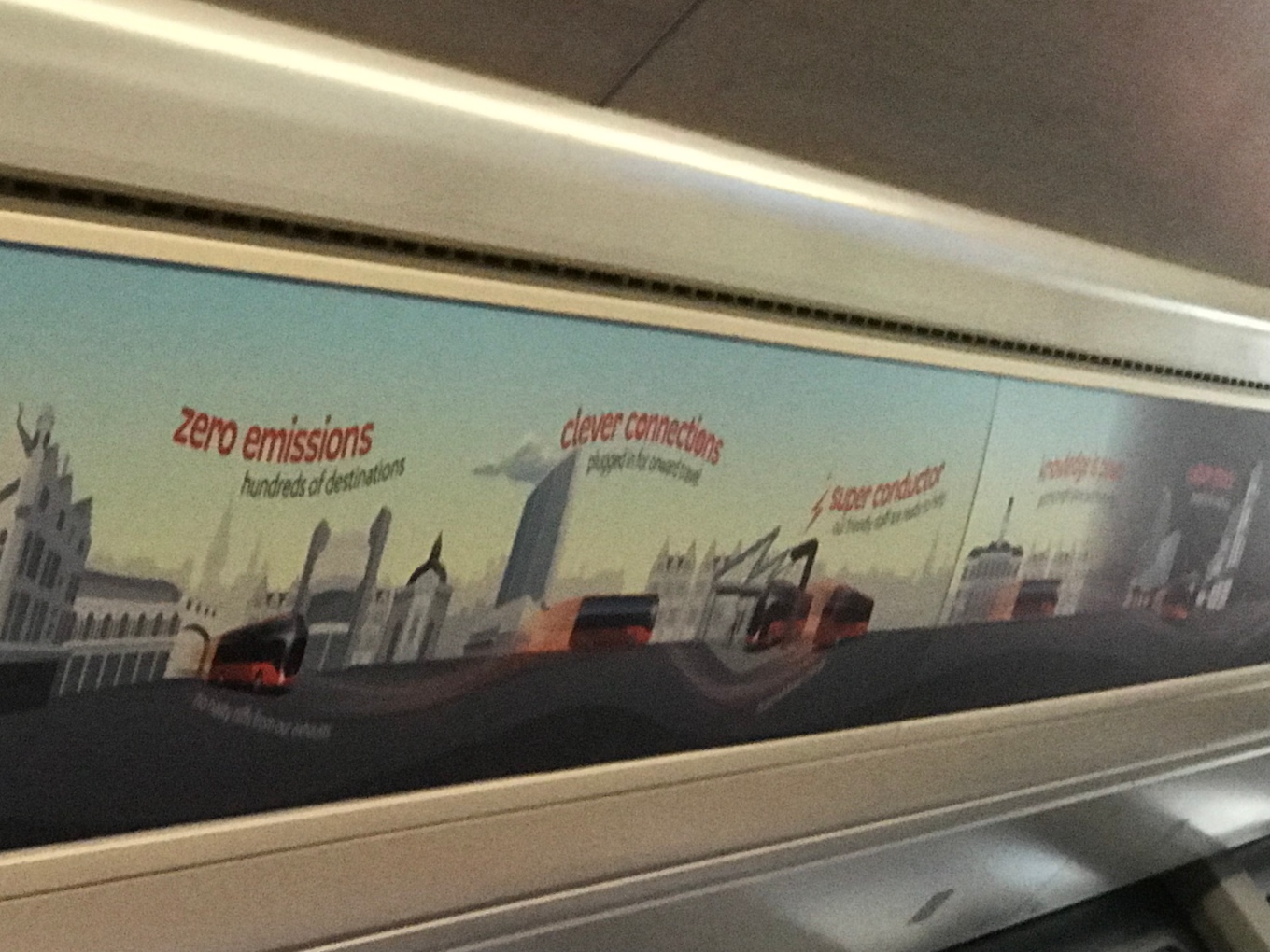 Nice touches include ample legroom, comfortable seats with a very attractive moquette, benches with contactless charge points over the rear wheels, bus stop push buttons on the insides of seats, a nice front view window in the seat behind the driver and two well proportioned rubbish bins including one for recycling as well as the usual usb points, Wi-fi and next stop announcements and some 2+1 seating.

All this is topped off by a very smart and attractive external livery promoting the Harrogate electrics brand. Ray Stenning and his team at Best Impressions have come up trumps once again with another desire creating package. 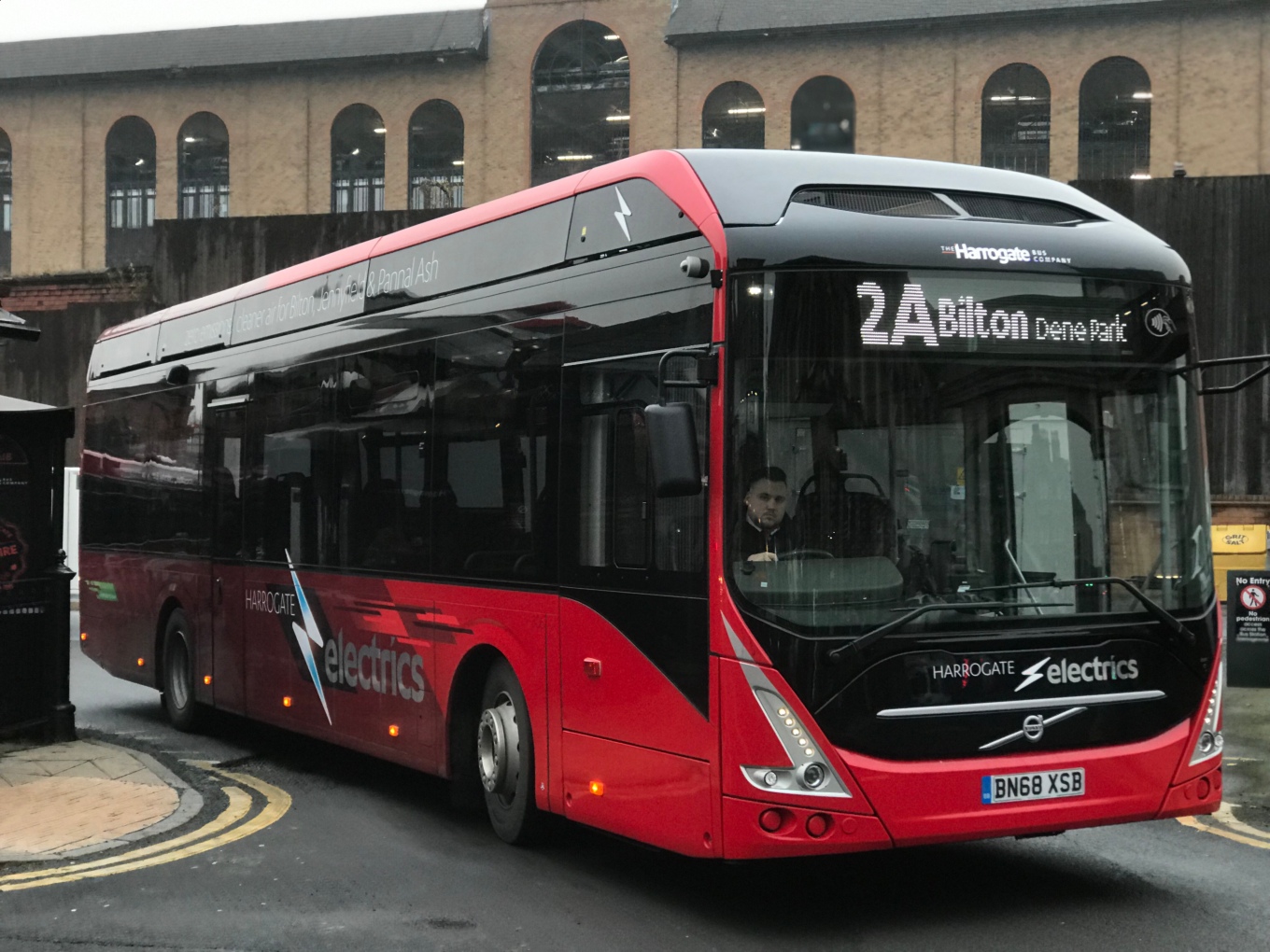 As well as the inevitable teething problems from a new bus fleet not least one with a new power and charging arrangement (as explained above) with incumbent driver and engineer unfamiliarity, my visit this afternoon coincided with the usual Friday traffic congestion that besets towns like Harrogate. So instead of a fifteen minute frequency on route 3 to Jennyfield, and half hourly on each of the 2A, 2B (Bilton) and 6 (Pannal Ash) – the four local routes involved – there were some delays and gaps in service but interestingly I picked up an empathic and positive approach from passengers who rightly seem pleased their bus company are investing significant sums in an impressive fleet of buses which will make a contribution to better air quality in their town.

Congratulations to Transdev for backing this extremely bold innovative initiative in Harrogate and to Alex for overcoming the many hurdles to deliver an impressive result.

I’m sure the remaining teething problems will soon be overcome and Harrogate electrics will be the obvious choice for Gold in the UK Bus Awards ‘Environment Award 2019’ this time next year.